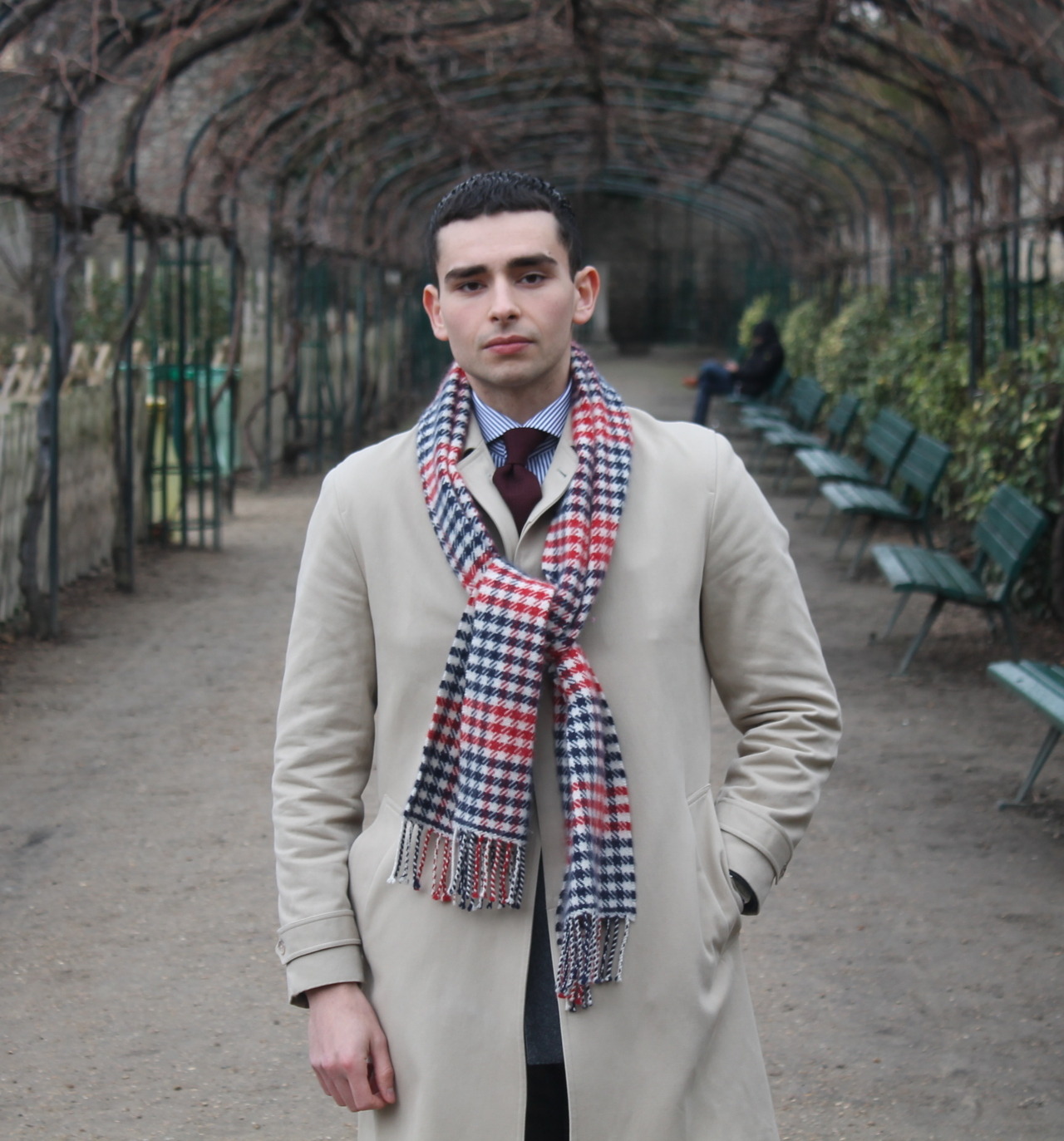 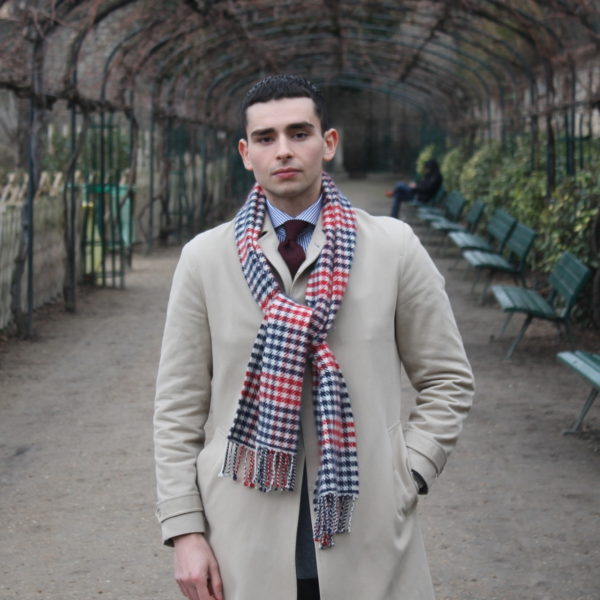 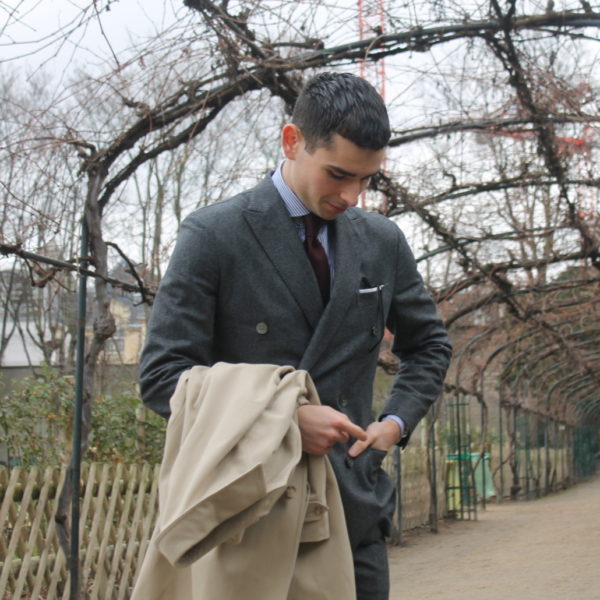 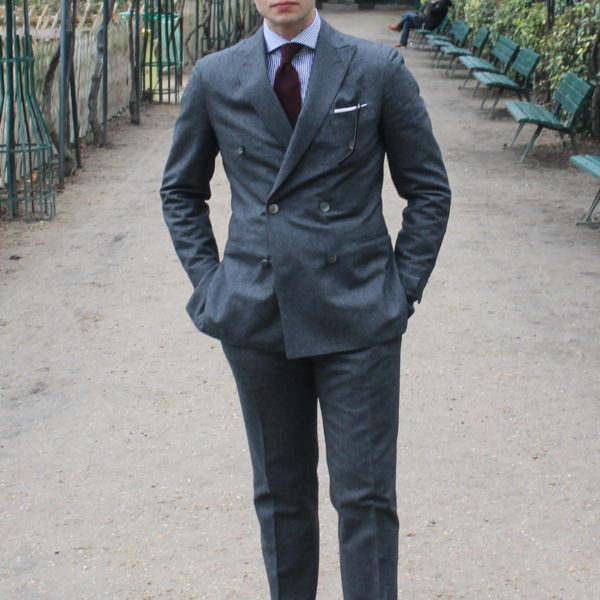 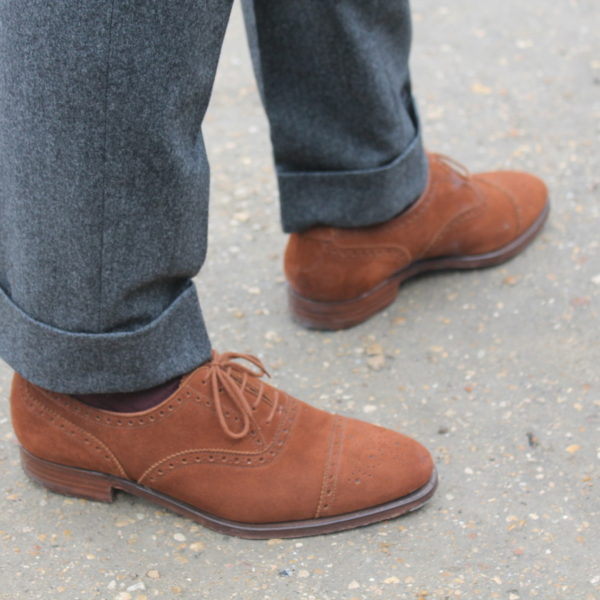 Levy notes that he prefers beige for cotton raincoats, as he finds grey, black, and navy to be too bleak. He had his sleeves shortened just a touch for a sharper look, but kept them long enough to cover his suit.

The suit itself is a 6 x 2 (6 buttons, 2 functioning) double breasted, made out of wool flannel twill. The jacket is softly tailored and there’s minimal padding in the shoulders. Note that it’s long enough to cover his buttocks, as a traditional suit jacket should. The trousers he’s wearing has side tabs. As Hardy Amies once noted, belts aren’t very optimal underneath double breasted jackets, as they can add too much bulk.

Behind his jacket is a blue bengal striped shirt and an unlined grenadine grossa tie in burgundy. The shirt has a collar that suits his face and the tie is finished with a nice, single dimple. Finally, on his feet are wine colored, over-the-calf wool socks and snuff suede shoes.

Personally, I think his sleeves and trousers could be a little longer, and leg openings less narrow, but it’s altogether a very good look. Well done, Levy.

Filed Under: For the Discerning Few, Pierre-Antoine Levy