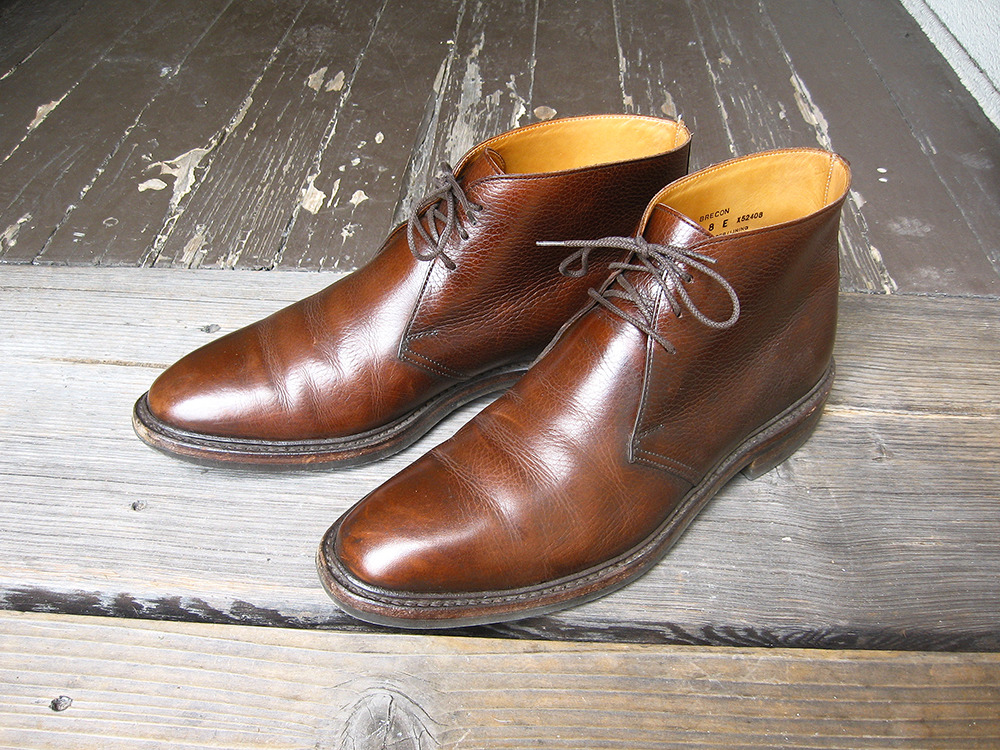 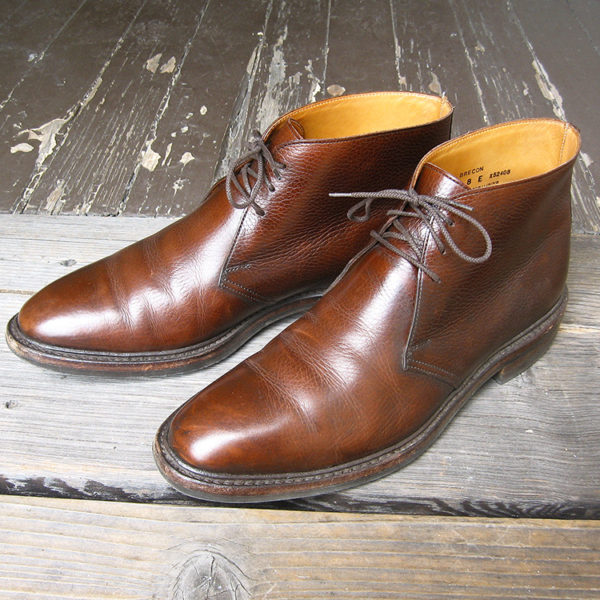 Of all the shoes I’ve ever owned, I don’t think any have been as useful as these plain, simple chukkas. They’re Crockett & Jones Brecons, which I bought six or seven years ago. Since then, I’ve worn them about once or twice a week – mainly in the colder months – and have paired them with everything from sport coats and flannel trousers to leather jackets and jeans.

What makes the particularly versatile is the toe shape. Sleek, but not overly so, they go as well with tailored clothing as they do with casualwear. You can compare their dressiness, for example, to more casual kinds of ankle boots, such as Clarks’ Desert boots and Alden’s unlined chukkas.

My friend David also mentioned to me once that he thought chukkas look better in textured materials – such as suede or pebble grain leathers. I think he’s right. Texture helps break up the otherwise plain vamp, and makes the boots feel a little more at home with rustic tweed jackets and Barbour coats. Smooth black calf is good for George boots (a type of chukka with a tall shaft) but for anything brown, I’d recommend getting something fuzzy or pebbled.

If you get a pair with Dainite soles, you can even use them as wet weather boots or travel shoes. Dainite can be a little more comfortable on long walks than hard leather bottoms, and if you’re traveling, having a pair of shoes that can be worn with a wide range of clothing styles can be useful. Plus, the simple eyelet system and open throat design makes chukkas easy to slip in and out of at airports (at least compared to their more laced-up cousins).

If you’re looking for a pair of Dainite soled chukkas, this Brecon model can be bought from Crockett & Jones or Pediwear. Skoaktiebolaget and Gentlemen’s Footwear also have some nice models from the popular Spanish shoemaker Carmina. For something more affordable, consider Loake’s Pimlico and Kempton. They’re essentially the same boot, but built on different lasts (this StyleForum member has a nice comparison of the two). Lastly, there’s Meermin, who I think offers the best bang-for-your-buck in footwear. At the moment, they only have a mid-brown suede version, but if you contact them, they might be able to put together a group made-to-order project for other materials.