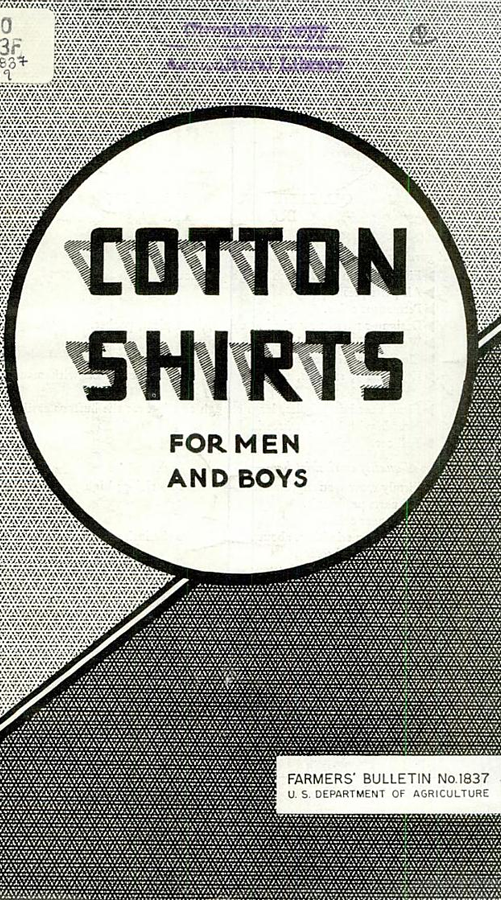 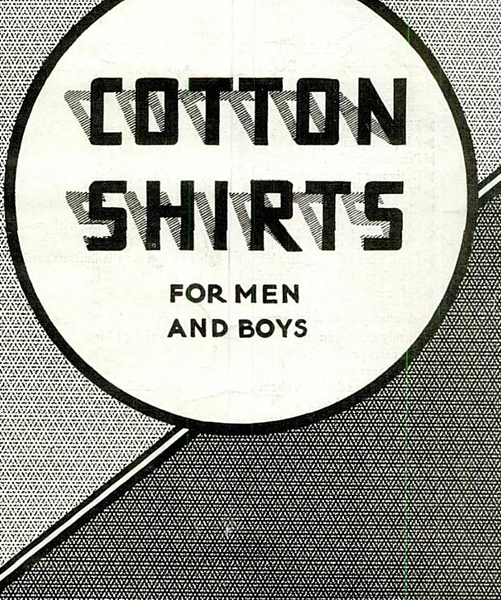 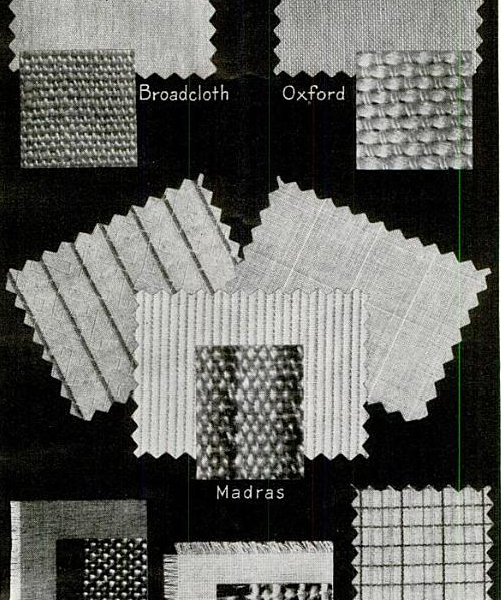 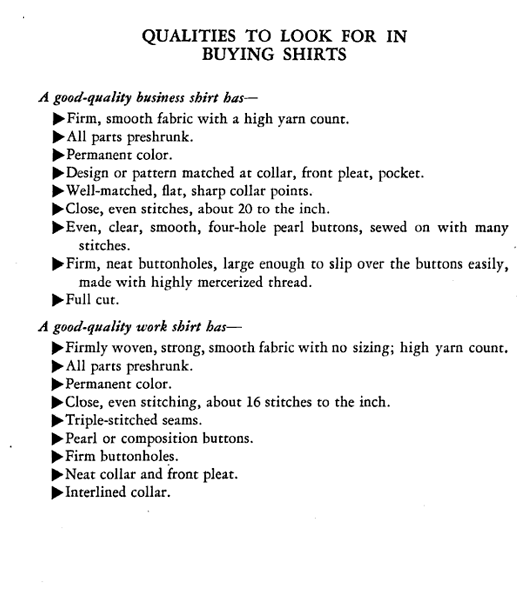 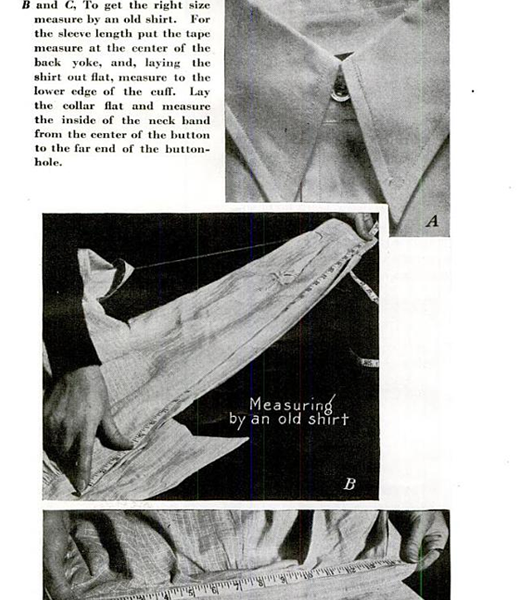 Like with the guide to suits, there’s some advice in here that’s still useful and some that’s a bit outdated (although, still fun to read). It’s still true, for example, that dress shirts are generally considered better made if they have mother-of-pearl buttons and fabrics woven in high thread counts. The section on detachable collars, on the other hand, is pretty much useless since shirts almost only come with attached ones these days. Back when this guide was published, men still had a choice between the two, and the advantage of detachable collars was two fold. First, you could just wash the part that most easily got soiled, rather than washing the whole shirt. Second, you wouldn’t have to throw your entire shirt away once the collar got frayed. Those advantages, of course, are pretty much moot as shirts have become cheaper and laundering easier.

My favorite piece of anachronistic advice might be the bit about how men should look for full cut shirts. The guide does make an exception, however. As it notes, “some brands of shirts are made especially for slender men, and should not be confused with cheap, skimped garments.” Thank you, US government, for acknowledging my existence.

Lastly, as with the guide to suits, there’s a nice section in here on fabrics. If you’ve ever wondered what’s the difference between broadcloth, oxford, chambray, etc., this is a good place to start. Just note that madras today mostly refers to the very colorful plaids that come out of India, not the plain stuff shown here.

Filed Under: CrimsonSox, History, Shirts, US Department of Agriculture, US Government