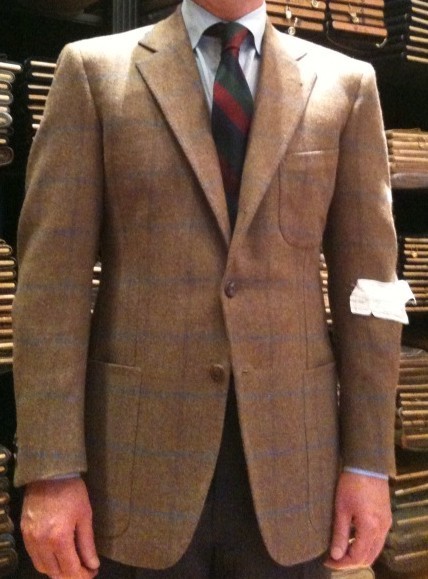 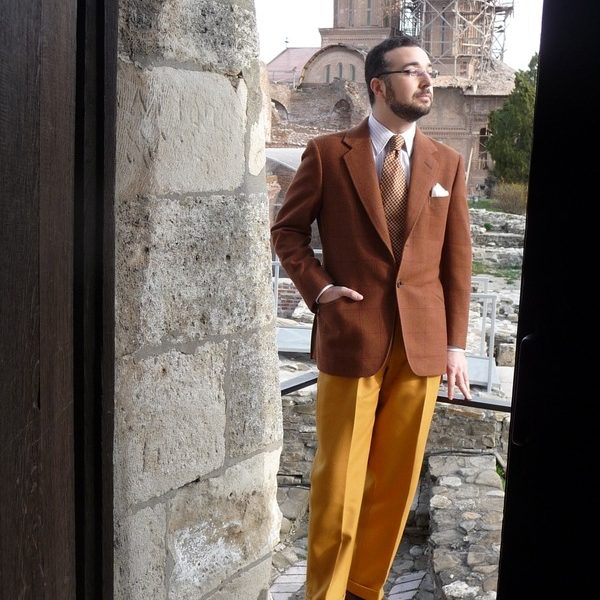 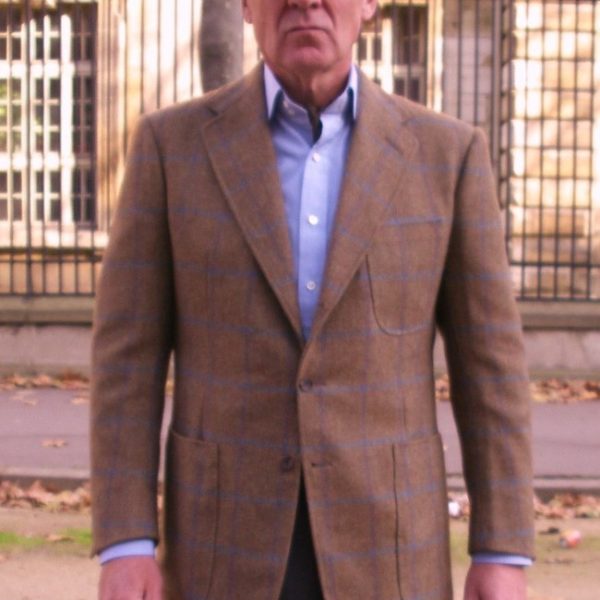 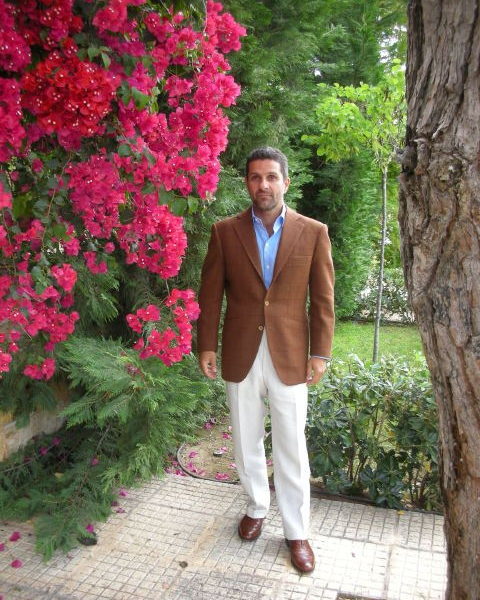 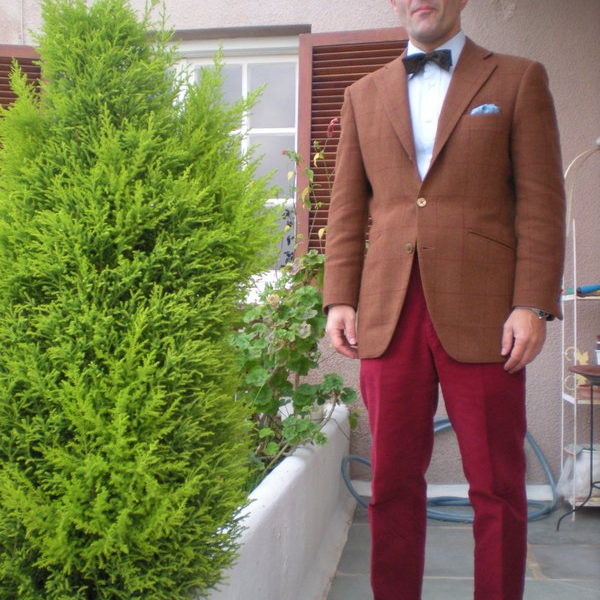 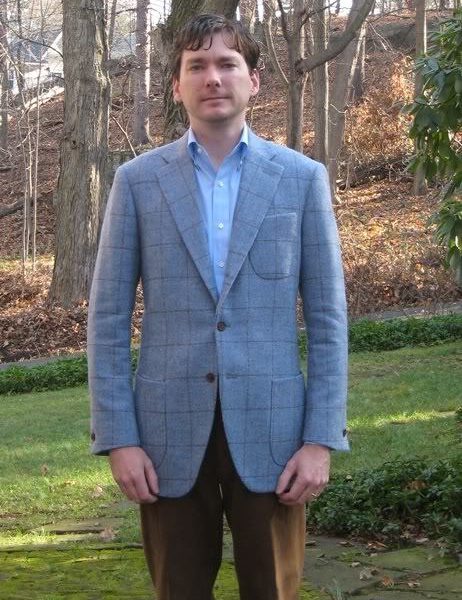 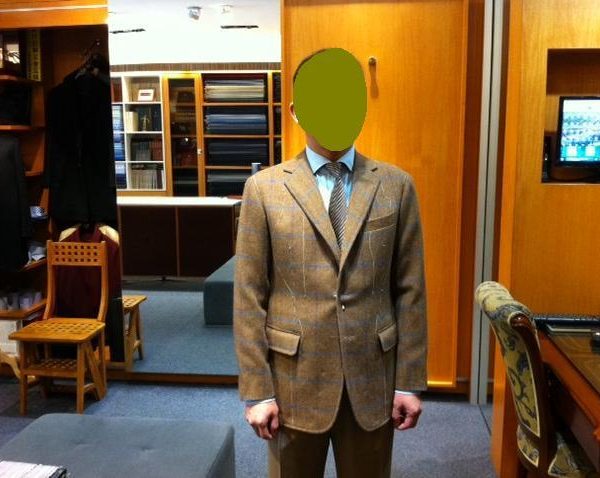 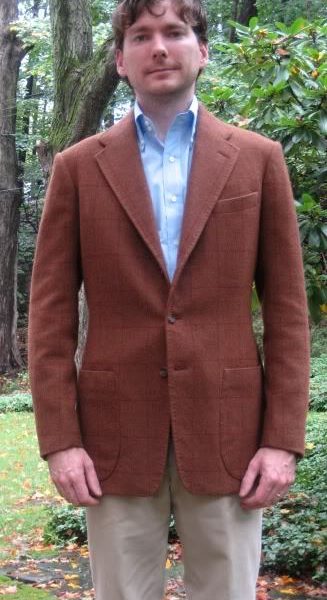 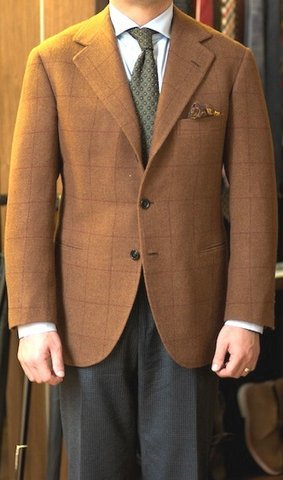 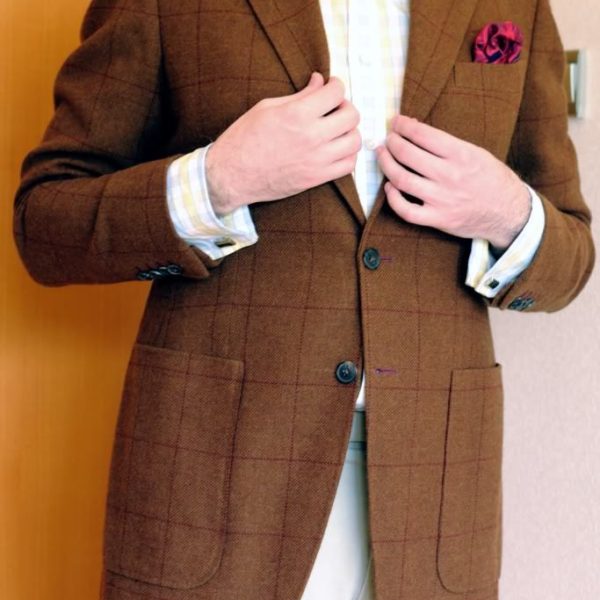 The Kentucky Derby was this past weekend. This reminded me of another derby that readers here might be interested in – the London Lounge Sports Coat Derby, which has been happening for the last couple of years.

The London Lounge Sports Coat Derby is supposedly a “bespoke Masters competition,” but it’s really more of a showcase. Members post photos of themselves in custom sports coats made from London Lounge’s Shetland cloth. The idea is that by having members all employ the same cloth quality and design, their tailors’ talents can be isolated, studied, and compared.

Although it’s out of most people’s range to buy a few meters of London Lounge’s Shetland cloth and throw their hat into the ring, I thought it would be worthwhile to at least post photos from the competition. Men from Europe, Asia, and the United States have entered, and they’ve used their respective regional tailors. Studying each of these cuts is perhaps the best way to figure out what kind of silhouettes you like the most.

My favorite is in the first photo. This classically styled jacket has slightly extended shoulders and a fuller chest. The combination of these two things makes the wearer look more athletic and masculine. At the same time, the softer shoulders and three patch pockets give him a causal and relaxed look. Additionally, the front’s forequarters cut away a bit towards his hips, creating a pleasing line from the top of his lapels down to the hem. The gorge on the lapel also seems more classically placed – horizontally across from his shirt’s collar points. These days, it’s not uncommon to find gorges placed so high that they nearly sit on top of the wearer’s shoulders. Too distracting and extreme, at least to my mind.

Take a look through the photos and see what else you like. Exercises such as these can help you develop a critical eye for silhouettes, which in the end will allow you to better choose a style for yourself (bespoke or not).

As a note, check out the second photo, which shows a member named Costi wearing a tribute to the late sartorial Godfather, the Duke of Windsor. While it’s not something I think I could pull off, I got quite a smile out of seeing it.