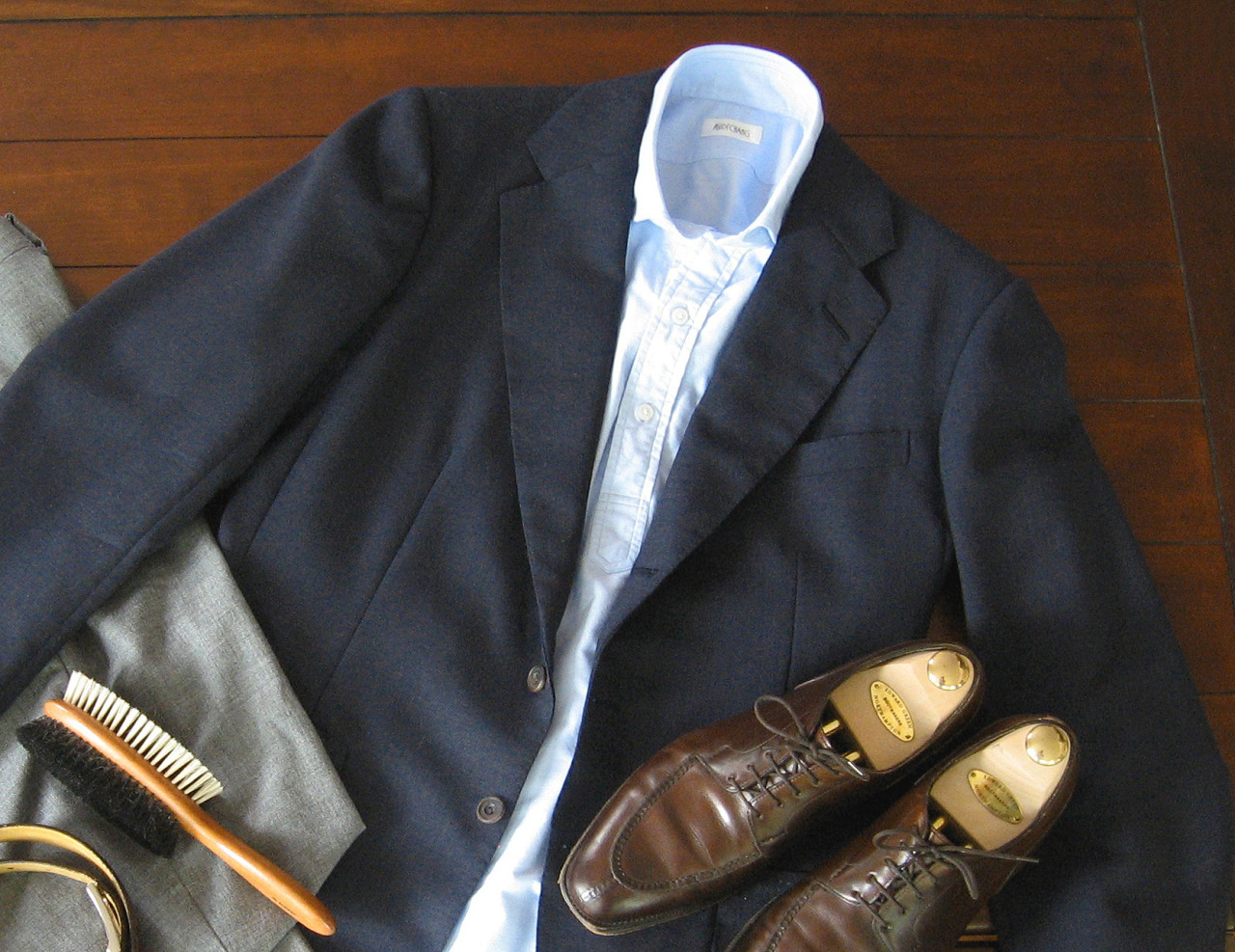 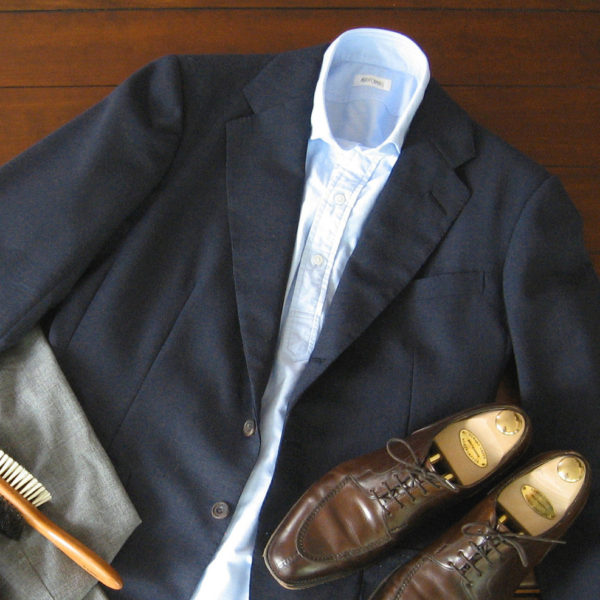 Summer is a great time for slightly more casual takes on tailored clothing, and there’s no easier way to dress down a tailored jacket than by using a slightly more casual shirt. So instead of the finely woven cotton dress shirts you might use for the office, consider something in a linen or linen blend. Bolder patterns can also make a shirt look more casual, although you want to be wary of anything that looks too busy. I find blue and white Bengal stripes to be the most useful.

I’ve also come to really like popovers, which is a pullover style with a half placket front. Before sport shirts were made with coat fronts – where the opening went from the collar down to the hem, like a coat – they were made with half-plackets such as this button-down. Nowadays, popovers can be seen a sort of “in-between.” They’re more relaxed than a traditional shirt, but dressier than a polo, which makes them great for those days you want to look sharp, but casual.

The problem with popovers is that they can be sometimes hard to fit. Unlike long-sleeved polos or rugbys – which are styled similarly – these are constructed from a woven, rather than knitted, material. Which means they’re less stretchy. So, in order to easily slide in and out of these things, you want your shirt to be cut a little bigger, but not so big that it looks baggy when worn.

I ended up going through my shirtmaker Ascot Chang in order to get the right fit, but you could also try many of the ready-to-wear options and be more exacting with your alterations tailor. Try Sid Mashburn, Gitman Brothers, J. Crew, G. Inglese, Individualized Shirts, Fun Time Shirt Company, and Ralph Lauren to start. For something custom, check out Mercer & Sons, Luxire, and our advertiser Proper Cloth. The first will do made-to-order, where you can customize your shirt from a wide range of pre-selected options, while the last two can do made-to-measure, where you’ll get a shirt made according to the body measurements you submit online.