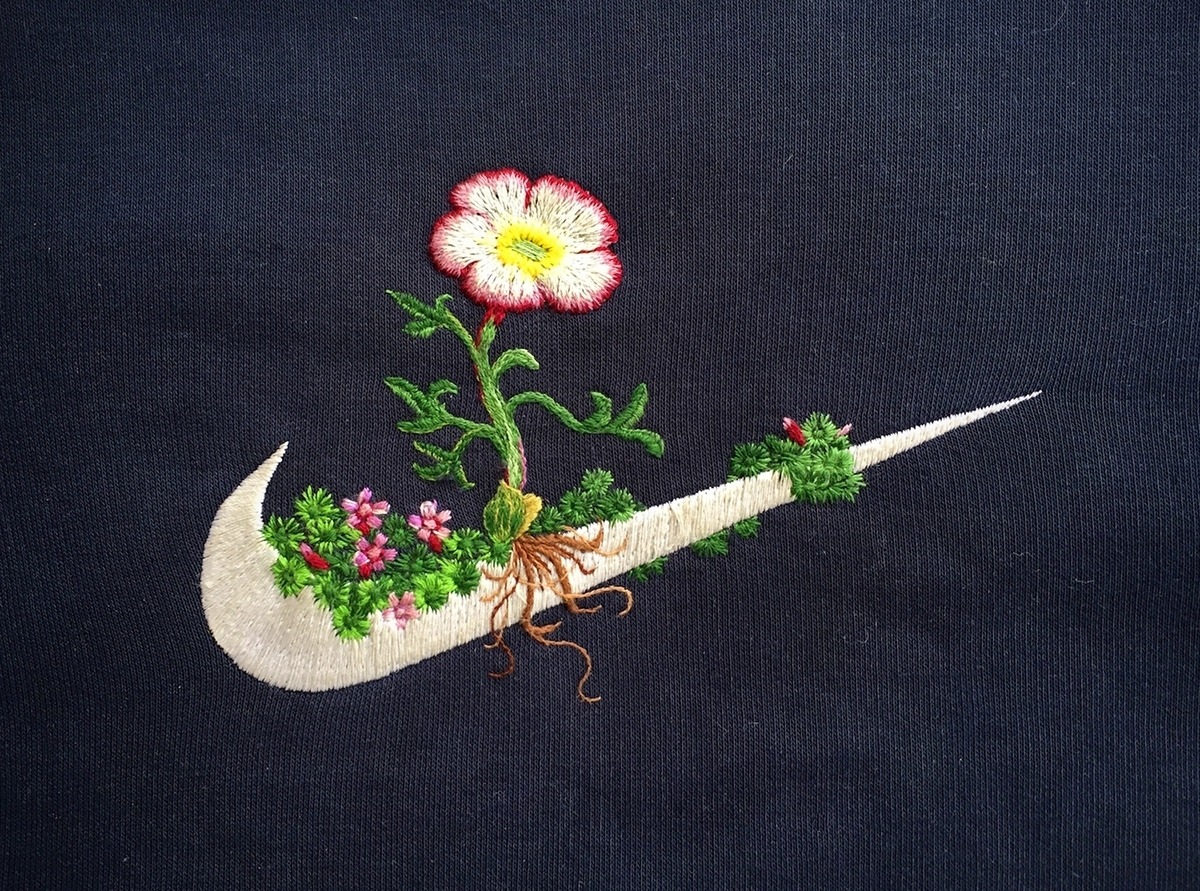 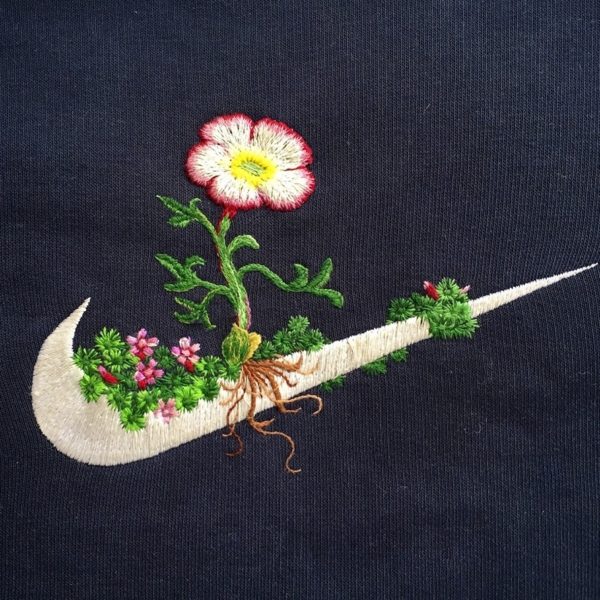 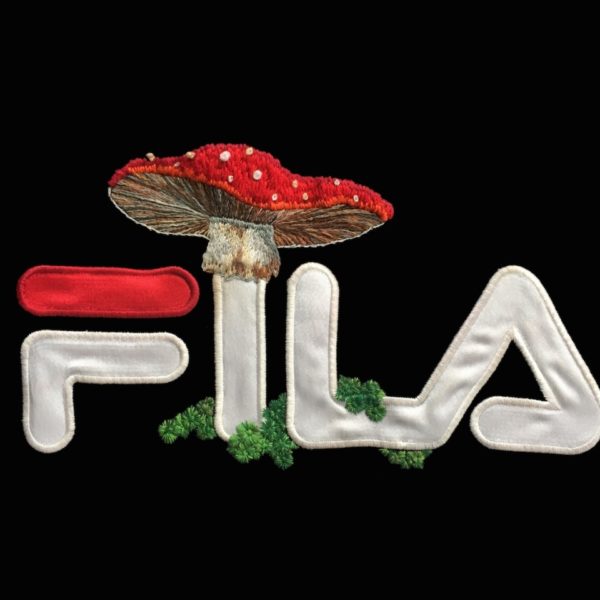 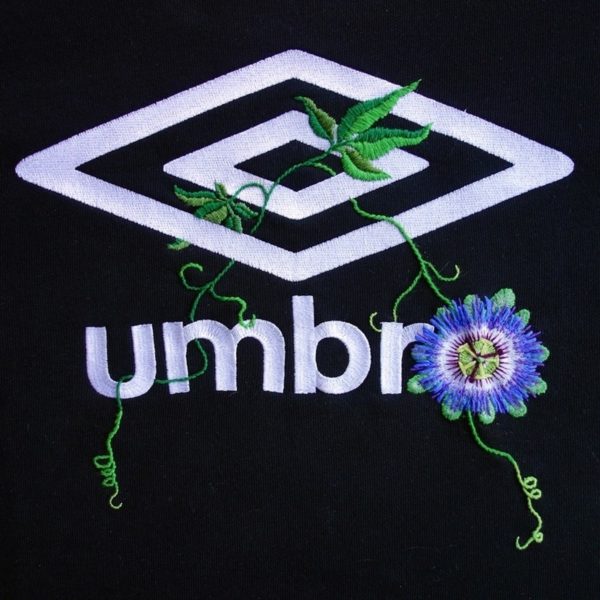 Icelandic artist James Merry transforms sportswear logos with embroidery. It’s a followup to a book project which featured illustrations of human bodies fused with botanical elements. He says he thought of the idea while stuck in New York.

“I was really missing Iceland and being in the countryside, so I guess it was some kind of silent protest of mine—to take something that was super urban and machine-made and barren (my old Nike sweater), and fertilize it, forcing it to flower by embroidering a glacier flower and moss on it. I guess these embroideries are similar to the drawings in Anatomies, in that they both focus on a very particular point of transformation—the moment when one thing turns into something else.
“

You can see more of Merry’s work and read an interview with him in i-D Magazine.