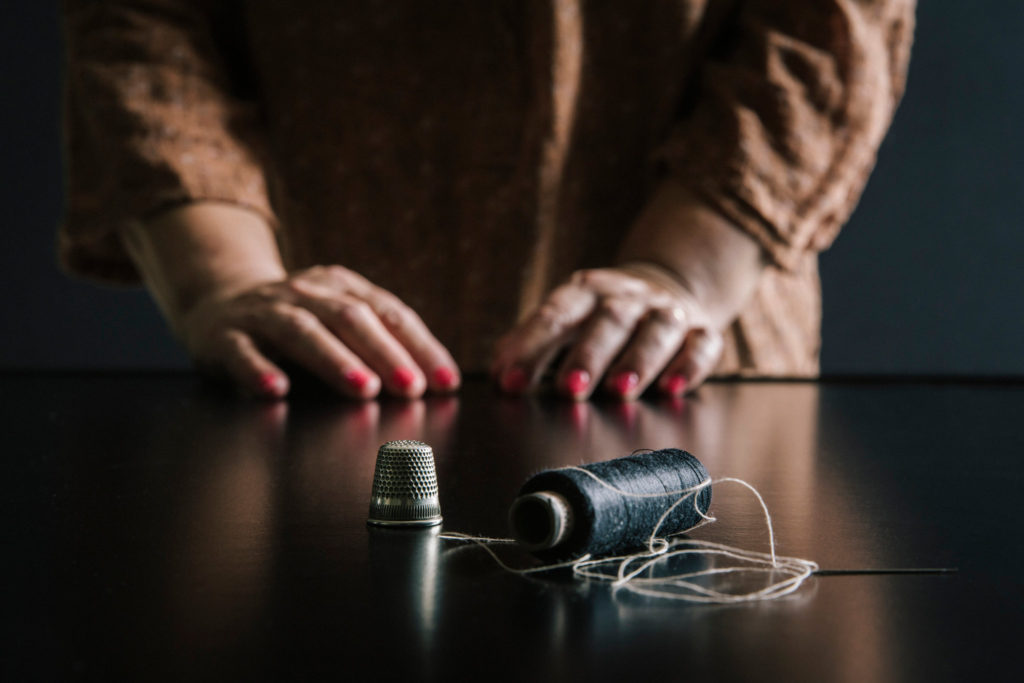 Ten years ago, you could ooh and ahh the internet with photos of bespoke clothes made with handsewn topstitches. Those are the little nubby stitches, sometimes called pick stitching, that you sometimes see on really high-end jackets, trousers, and even shirts. On StyleForum, some members used to take trips to Italy, where they’d commission custom clothes from highly skilled and well-regarded tailors, then post close-up shots of those handsewn seams for what essentially amounted to internet points.

Today, the tailoring-enthused part of the internet is little more clear-eyed.  For one, people know that handsewn seams don’t make or break a garment. Second, they also know that the reality of the pick stitching process isn’t all that romantic. Much of Italy’s bespoke tailoring trade runs on a complex outhouse network. A cutter will draft and cut your pattern in-house, then a tailor sometimes also does the make in-house, or it’s sent out (usually, for suits, the jacket is fully made in-house, while the trousers are contracted).

Finishing details such as pick stitching, however, is almost always sent out to a network of women who work from home. They don’t get paid very much for their work, but perversely, it’s their stitching that customers gush over most (“look at this handwork!”).

This sort of outworker networker exists in England as well. Ettinger, for example, is one of the most revered names among British bridle leather good manufacturers and their wallets are sewn by a network of people who work from home. Like those women in Italy, they get paid on a piece-rate basis. When I talked to the head of Ettinger about this years ago, he said working from home gives these employees the flexibility they want in their lives — they can take care of their families, take breaks when they want to, and even do the work while watching TV (all true). At the same time, companies obviously also gain — they don’t have to provide employment benefits and their labor costs are flexible. If a worker gets sick, they don’t have to pay for days off or even health insurance.

Today, the New York Times has a great expose on these “invisible” outworker networks, which typically exist in low-income, high-unemployment areas where workers are vulnerable. It’s an impressive piece of journalism that goes deep into the actual lives and homes of the people who work in these systems.

One woman gets paid just €1 for each meter of fabric she sews — on a kind of luxury-end garment that will sell for up to €2,000 at MaxMara (Italy doesn’t have a minimum wage, but between €5 and €7 is considered the standard by unions and consulting firms). “It takes me about one hour to sew one meter, so about four to five hours to complete an entire coat,” says the woman. “I try to do two coats per day.”

Home work — working from home or a small workshop as opposed to in a factory — is a cornerstone of the fast-fashion supply chain. It is particularly prevalent in countries such as India, Bangladesh, Vietnam and China, where millions of low-paid and predominantly female home workers are some of the most unprotected in the industry, because of their irregular employment status, isolation and lack of legal recourse.

That similar conditions exist in Italy, however, and facilitate the production of some of the most expensive wardrobe items money can buy, may shock those who see the “Made in Italy” label as a byword for sophisticated craftsmanship.

Increased pressure from globalization and growing competition at all levels of the market mean that the assumption implicit in the luxury promise — that part of the value of such a good is that it is made in the best conditions, by highly skilled workers, who are paid fairly — is at times put under threat.

To be sure, some of these workers get paid reasonably well for their time and efforts. And these networks have existed in certain British and Italian craft-based industries for hundreds of years. But the inability of labor to organize and government to regulate means treatment across the board can be pretty uneven. Eugenio Romano, a former union lawyer, says in an interview: “Part of the problem down here is that employees agree to forgo their rights in order to work.” A seamstress earlier in the article notes: “I know I am not paid what I deserve, but salaries are very low here in Puglia and ultimately I love what I do. I have done it all my life and couldn’t do anything else.”

You can read the rest of the article at The New York Times.