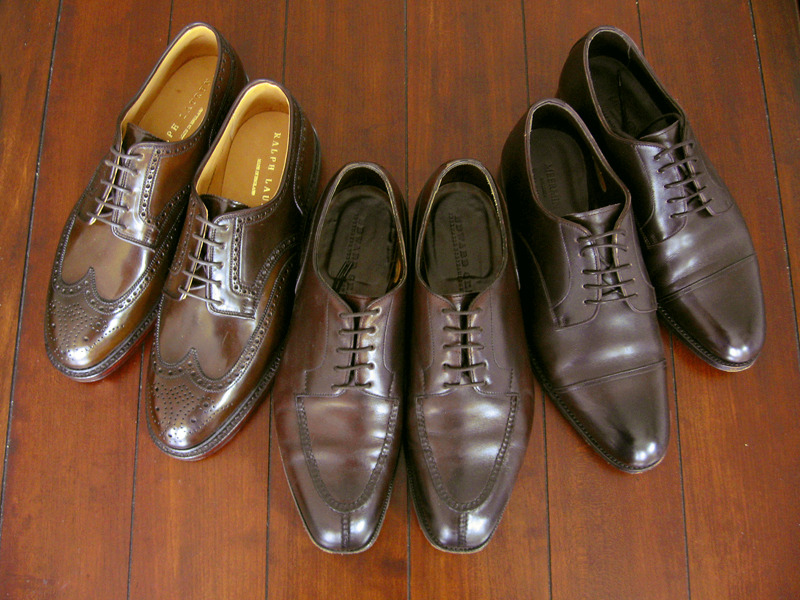 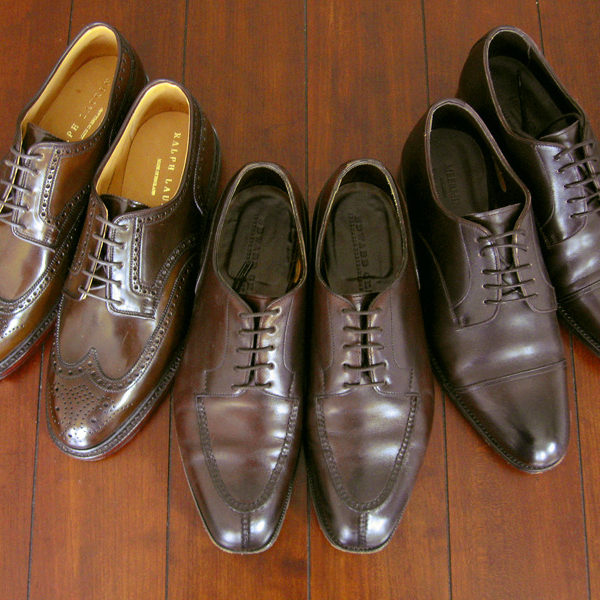 There’s no style of footwear more underrated or versatile than the dark brown derby. Derbys are shoes that have their eyelet tabs left on top of the vamp, which differs from oxfords, where the eyelet tabs are sewn underneath. This “open lacing” design makes derbys more casual than oxfords, and in dark brown, they’re formal enough for everything except the most formal occasions, and casual enough for everything but the most casual environments. For this reason, I’d consider them the navy sport coat of footwear.

Unfortunately, their versatility and value isn’t often recognized. Men will often buy four or five oxfords before they even consider a derby. I assume this is because they get their shopping directions from magazines and photo-driven Tumblr sites, where men are often shown wearing oxfords and suits with some kind of vague sex appeal.

The problem is that these men fail to remember they rarely wear suits, and such a dressy shoe can look incongruent with what they typically have on. Jeans with waxed cotton jackets, khakis with just a button-up shirt, odd trousers with sport coats – with all these ensembles, a dark brown derby will almost always be a better choice than the more formal oxford.

But that’s an aside. The point here is that for almost everything you’re likely to wear, a dark brown derby is probably a better choice than the sleeker, more formal oxford. Above are three of mine, shown in increasing order of formality – Ralph Lauren shell cordovan shortwings; Edward Green Norwegian split toes in dark oak calf, and Meermin cap toes in dark brown Annonay Naturcalf. You don’t need three, but at least get one.