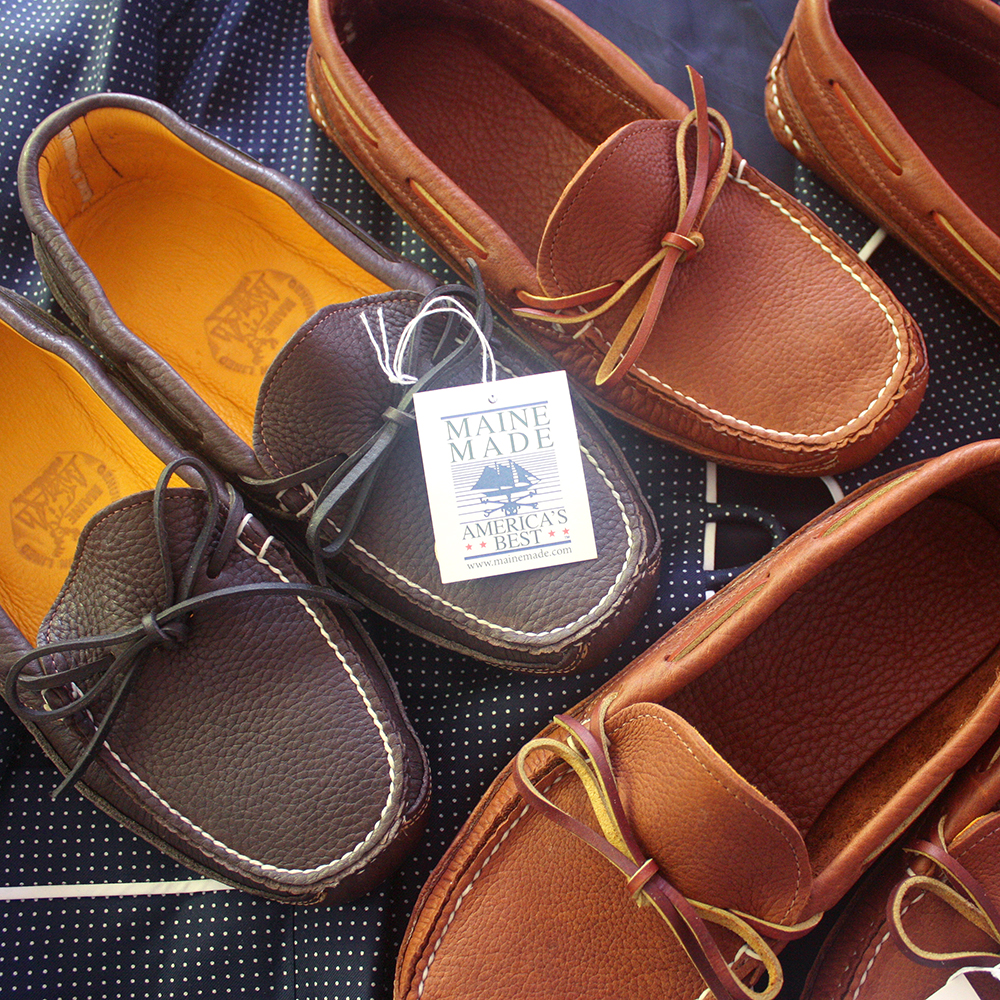 A couple of years ago, I was talking to Wall Street Journal columnist Christina Binkley about how men’s clothes have gotten a lot more comfortable over the years. Fabrics are lighter and softer; tailoring a little more deconstructed. Even tailors on Savile Row – the last holdout against fashion trends – tell me they’re using less padding than they were thirty years ago.

The most comfortable clothes I own are the ones I wear at home. There’s a pair of soft linen pajamas I had made through Ascot Chang. Some Indian-inspired drawstring pants from Eidos. A heavy “winter wear” flannel from The Flat Head,  which was made with a quadruple-brushed interior (oh so so soft, and I wish I could buy more). All of them are wonderful, but nothing compares to these handsewn moccasins from Town View Leather. They’re some of the more affordable things I own, but somehow feel the most luxurious.

Moccasins differ from most shoes in that the leather wraps under and around your feet. There are usually two pieces of leather — one for the sides and then the other for the “plug” — which are then sewn together using a hand saddle stitch. You may have seen this sort of construction on Quoddys or Rancourts, two other popular Maine-based moccasin makers. The process involves passing two thick needles through the same hole, with an awl first piercing that hole and then guiding one needle through. This gives the area the flexibility it needs while also maintaining a strong seam. That’s how you get that handsome, handsewn seam around the shoe’s apron.

Small leather goods like these are some of the last holdouts for true cottage industry production in America. Some of the brands that sell these moccasins have been around for over a hundred years. And while Quoddy and Rancourt are factories, many are just home-based businesses that are run by people who have been handsewing forever. In fact, the perseverance of this craft is partly about about practicality since smaller producers can’t match the kind of production you’d find at a factory. Jacob Gallagher once wrote of them: “At times many of these labels have remained stuck in time, immune to the progressions of the clothing industry as a whole. This general stoicism paid off though as the wave caught up to them so to speak, and the rising interest in hand made shoes, especially those with a ‘Made in America’ tagline, also opened up space within this field for newer, more creative labels to exist alongside the stalwarts.” 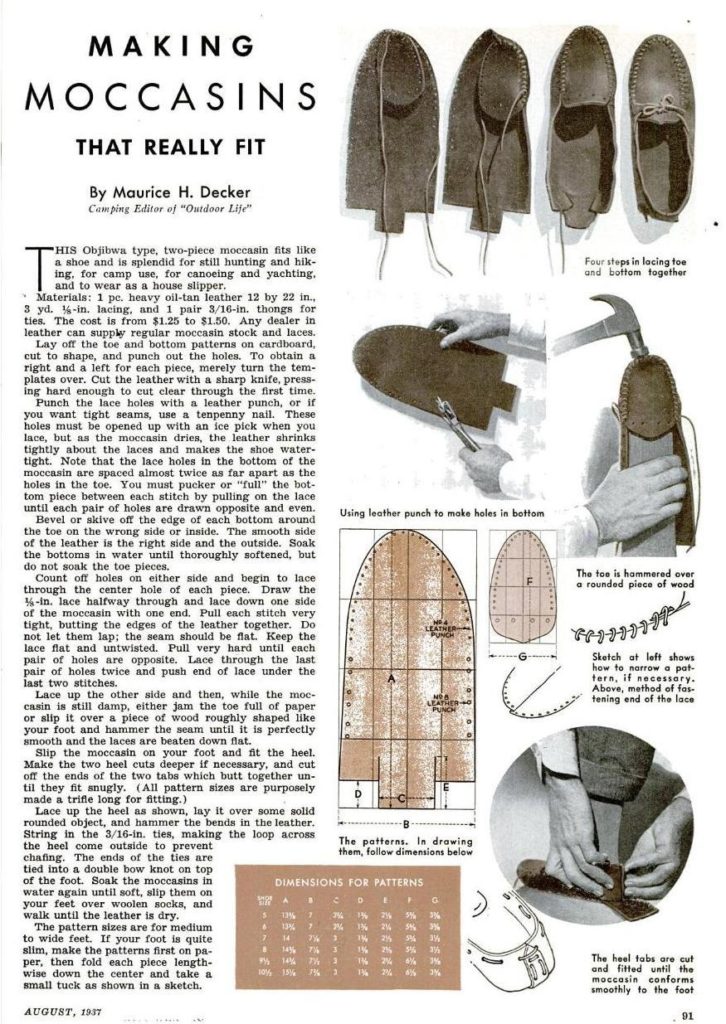 Some of the names here will be familiar to anyone who has paid attention to men’s style for a while. There’s Quoddy and Rancourt, two of the larger Maine-based producers and ones that mostly specialize in the sort of moccasins you’ll wear outside. Then smaller companies such as Wassookeag Moccasin, Willymoc, and Maine Mountain Moccasins.

My favorites are from Town View Leather, which is a small home-based business owned and operated by Galen and Gayenne Wintle. Back in the day, Galen worked for Dexter Shoe, a now-defunct Maine handsewer, for 22 years. They essentially only have one model: Ole’ Maine Comfort Classic, which comes in two colors, tan and dark brown, and has the option for a soft deerskin lining (get the lining).

Town View’s moccasins actually have a triple-leather sole since Galen puts an extra layer of leather between the moccasin and the stitched-on double-sole for added comfort. The bottoms of the shoes are also made from a thick bullhide leather. I wore their unlined model for about seven years until a hole developed. They were, admittedly, a bit ho-hum at first, but once a footbed forms, they’re just about the most comfortable things you can wear. Better than a hundred-ply Scottish cashmere knitwear; better than silk dressing gowns; better than the softest Italian tailoring. Once these conform to your foot, you won’t know how you ever went without them.

Earlier this year, I re-upped and bought a few more pairs. The unlined ones have a lining at the top, which I found eventually dried out and cracked. So I bought a couple of pairs in their lined and unlined makes. The lined version, it turns, out, is stupidly comfortable from the go. I’m a little concerned about the durability of the lining given my previous experience with these shoes, but in the end think the comfort is worth it.

Unfortunately, good things aren’t getting any cheaper. When Jesse first wrote about Town View Leather in 2011, their moccasins were available for about $80. In 2013, they jumped up to $95. And today, five years later, they’re $115 (or $130 lined). Not inexpensive, but also surprisingly affordable in today’s menswear market. I wear the unlined model with American Trench’s wool-silk socks, pictured below, but the lined ones barefoot because they’re so comfortable.

If you’re enterprising, you can also make your own. A reader once told us that The Art of Handsewing Leather is one of the best books for learning leatherwork, while Native American Moccasins is a bit more specific to various types of Native American moccasin designs. Maurice H. Decker, who served as Camping Editor for Outdoor Life, also wrote this amazing guide on how to make your own leather moccasins in a 1937 issue of Popular Science. 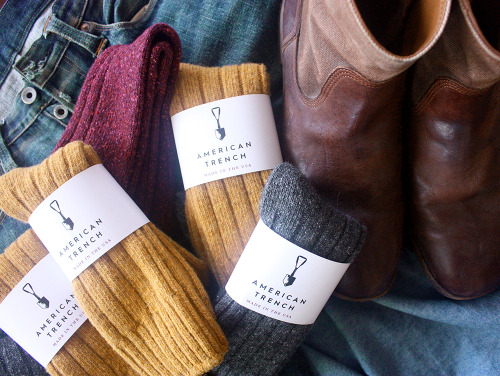