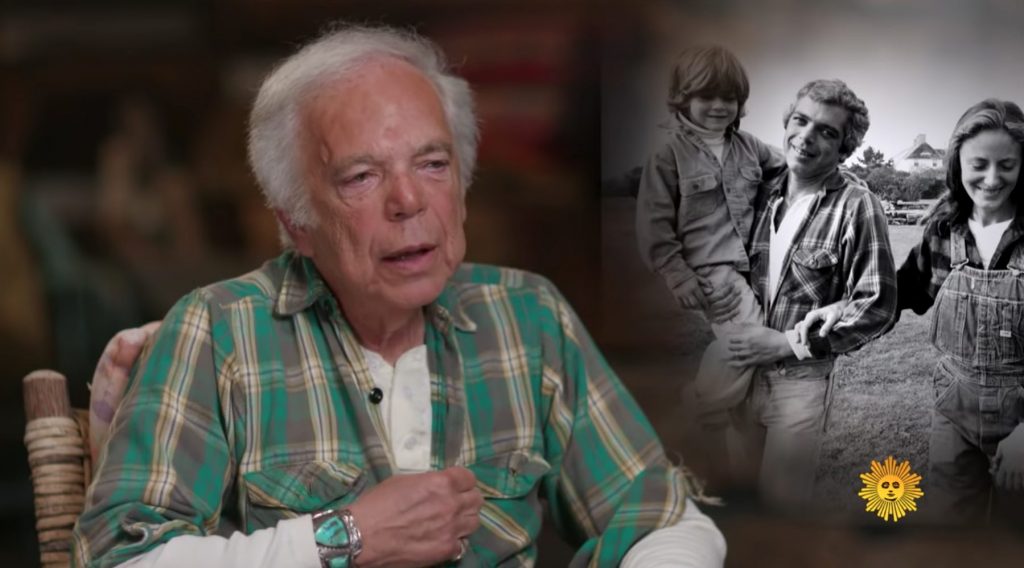 At his sprawling Double RL ranch a couple of months ago, Ralph Lauren sat down with Jane Pauley of CBS Sunday Morning for a rare interview. The last time the American designer made a major television appearance was back in 2014, when he appeared in an hour-long special with Oprah Winfrey, showing her around the same ranch and talking about his career. This time, his interview was much shorter. He talked about how he got into fashion, how he used to wear his brother’s hand-me-downs, and how he’s been able to survive for fifty years in an industry that reinvents itself every season.

For those who have been following Ralph Lauren’s career for a while, none of these stories will be new, but the interview was notable for another reason: Ralph Lauren’s outfit. For his CBS appearance, Lauren wore a pair of mid-washed blue jeans, some brown sueded roper boots, a neatly tucked white henley, and an open, green flannel shirt. On the surface, the outfit looked appropriate for the setting — Lauren’s Colorado ranch, which he lovingly named after his marriage (hence Double RL standing for Ralph and Ricky) — but the ensemble also held a deeper meaning.

Forty-two years ago, Ralph Lauren was interviewed for a magazine about his then-rising name in the fashion world. His company Polo was coming up on its ten-year anniversary. His three sons had just been born. And his family had recently moved to their new home in the Hamptons. The house, which you can see below, was an old, clapboard Colonial home set in the middle of some pastoral meadows. Inside were Native American weavings, beat-up leather chairs, and old, weathered doors that stood floor-to-ceiling. Ricky at the time used to alternate baths for her first son, Andrew, and the family’s big dog in the kitchen sink. Supposedly, the place was so rustic that the family once found a bird’s nest perched on one of the ledges of their indoor ceiling beams.

When the photographer Susan Wood arrived that day to document the Lauren family, she found Ricky in denim coveralls, the kids in trucker jackets, and Ralph in — you guessed it — mid-washed blue jeans, suede roper boots, a white henley, and a green flannel shirt. It’s the same outfit that he would wear forty-two years later, looking as cool as ever, on CBS to celebrate how he’s been able to stay relevant for so long. And if you assumed that the green flannel is from his own line, you’d be wrong. RRL, his company’s workwear-inspired subline, didn’t even debut until sixteen years after this photo shoot. No, the flannel is actually something Lauren originally bought from K-Mart — the least likely place you’d expect one of the most important people in fashion to shop at.

“This is living proof of what I believe in,” Lauren said of his slubby old flannel. “I love the aging of it, I love the rips, I love it all. I happen to like this because it’s one that I have memories of. [I wore it today] because I wanted to look great.”

What is it about old clothes that holds such mystique? Style aficionados have been fascinated with old things since forever. Superfuture used to have a thread about old shoes; Permanent Style has a running series on how good things age; and Heddels keeps a daily column called “Fade of the Day,” where they showcase beat-up jeans, boots, wallets, and what-have-yous. 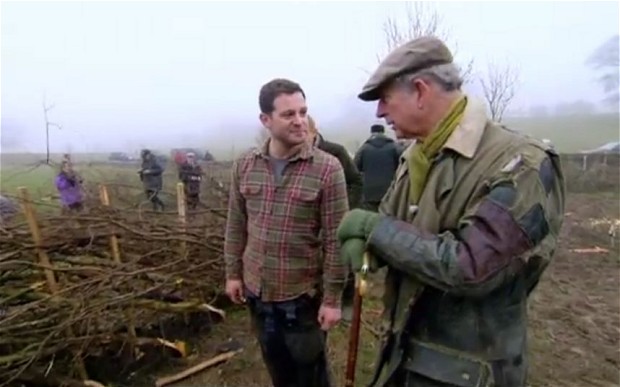 Some of this is about aesthetics. Quality leather goods can develop a patina that looks like a well-polished mahogany tabletop if you take care of them (Division Road recently published a great editorial showing the before-and-after transformations of how their shoes break-in). The other part is symbolic: old clothes symbolize a certain virtues that have become  important as people come to grips with the consumer paradise that surrounds them.

This dynamic is far from new. During the late-Renaissance period, trade with non-Europeans swelled the number of goods at people’s disposal. The Netherlands, Britain, and France had an unprecedented demand for new possessions (and subsequently the furniture that was needed to display those possessions). As material abundance seeped downward, it extended to ordinary matters such as people having more than a single pair of shoes and different clothes for different seasons. The Victorians were similarly prosperous. As England industrialized, an emergent bourgeoisie class was able to afford things beyond the bare necessities.

In each of these periods, Europeans felt both wonder and anxiety for their new material abundance. People worried about how to use goods well, what abundance might be for, and how not to be spoiled by possessions. Human virtues such as restraint and simplicity came to the fore, and some wondered whether the sheer quantity of objects around them would dull their senses.

You can see this in how the press breathlessly writes about Prince Charles’ patched-up Barbour jackets or cracked over John Lobb shoes. Nevermind that the latter costs upwards of $8,000 under the company’s current prices, just the mere fact that the Prince of Wales has kept his bespoke shoes for over forty years is somehow a demonstration of thriftiness.

Americans have a counterpart to this in what they call the “Boston cracked shoe” look, a term Tom Wolfe once applied to a certain kind of patrician who wore things beyond their presentable lifespan. The most famous example is Adlai Stevenson, who was once photographed while he was on the campaign trail, legs crossed, exposing the holes on the underside of his footwear. Stevenson was a Princeton graduate who came from a long line of successful and wealthy politicians, so the press took his shoes as an example of Yankee frugality. (Jeb Bush, notably, was spotted a few years ago on the campaign trail wearing a pair of old black oxfords that he repaired with duct tape — a move known to both Ivy Style enthusiasts and sensible dads). 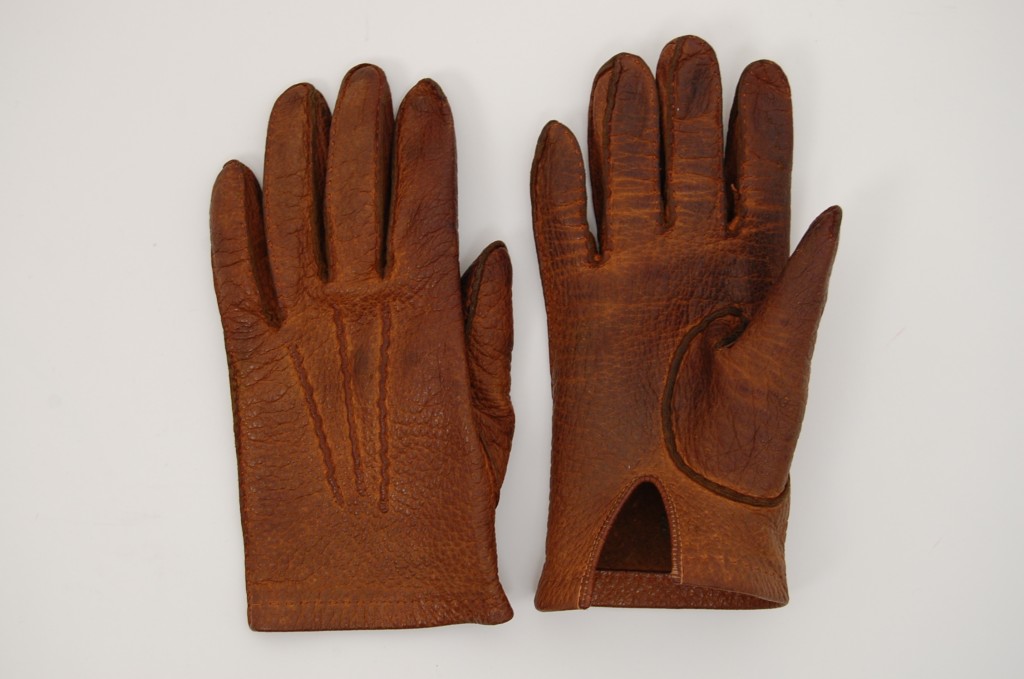 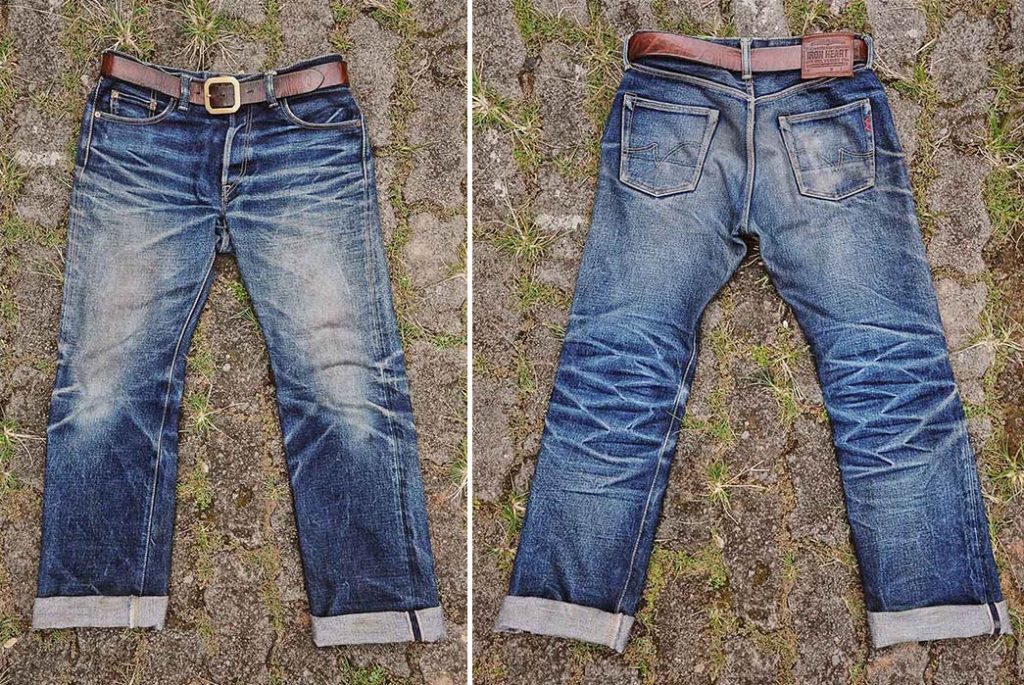 There’s a simpler and more sentimental reason to like old clothes, beyond whatever virtue they can signal. Like old friends and familiar places, they bring us a special kind of comfort that only time can reliably provide. Old clothes remind us of better times, not unlike how Ralph Lauren’s K-Mart flannel likely reminds him of his earlier years as a fashion designer, as well as the time he spent with his family in that Hamptons home. We often write about how style is about language. Clothes are about stories and those stories are more important when they’re personal.

A few years ago, Rowen Pelling wrote something for The Telegraph about how men are seemingly so reluctant to throw away old clothes.

My husband has a couple of old tweed jackets that he doesn’t wear, so much as retreat to for sanctuary. They are so softened by use that they’ve become wool versions of those comfy, armchairs you find in old-fashioned men’s clubs. I’ve lost count of the times they’ve been taken to a tailor for elbow patches, new linings and reinforced pockets. You could buy a fine new jacket several times over for the cost of the repairs, but that’s irrelevant to these garments’ owner. He returns to them for comfort and what a fashion editor might call “timeless style” (i.e. dressing like an Edwardian). They are protective, talismanic even.

I am endlessly touched by men’s sentimental attachment to old clothes: Shetland jumpers that are more hole than whole, Panama hats missing half the crown, shirts with collars so frayed you can plait the edges. One barrister friend, who’s just turned 50, has been wearing the same leather jacket since his student days. No matter that, nowadays, he’s more Sid James than James Dean.

I have my own deep-rooted attachment to ancient hosiery. I’m particularly attached to a pair of opaque Wolford tights that were filched from the Vogue fashion cupboard circa 1992 by one of the IT department’s Robin Hoods – who termed it “redistributing fashion.” I’d never worn tights of that quality before and was fascinated by the way they didn’t ladder. Twenty-three years later, the pantyhose is still in service and miraculously unimpaired. I like to think I’ll still be trotting them out when I’m 90. Because the other boost you get from old clothes is the warm, Ready Brek glow of sheer vanity. Your boast to the world is you’re still the same size you were in your twenties. That pleasure is surely as rich for a Prince as any pauper.

Here’s a realistic New Year’s resolution, if you need one: buy clothes you can keep and wear for a long time. They don’t have to be classics — sometimes the things that stay with you longest are simply things that accord with your taste and personality — although it can help to buy styles that have been around for a while. We have posts on how to judge quality in clothing and how to develop personal style. We also have posts on how to repair your garments, from sewing on buttons to darning jeans to fixing holes in sweaters. And if you need, we have a full service directory for the cleaning and repairing of fine clothing.

Buried somewhere under all the posts about new acquisitions and coming trends, one of my favorite threads at Styleforum is simply titled The Contentedness Thread. It’s about things that people have never felt the need to replace — some are expensive purchases, but many are refreshingly affordable. And the thread spans everything from classic causalwear to minimalism to the avant garde. Regardless of their style, I find many of the best dressed people build their wardrobe over a period of many years, rather than reinventing themselves every season. There’s a joy in old clothing that’s universal. 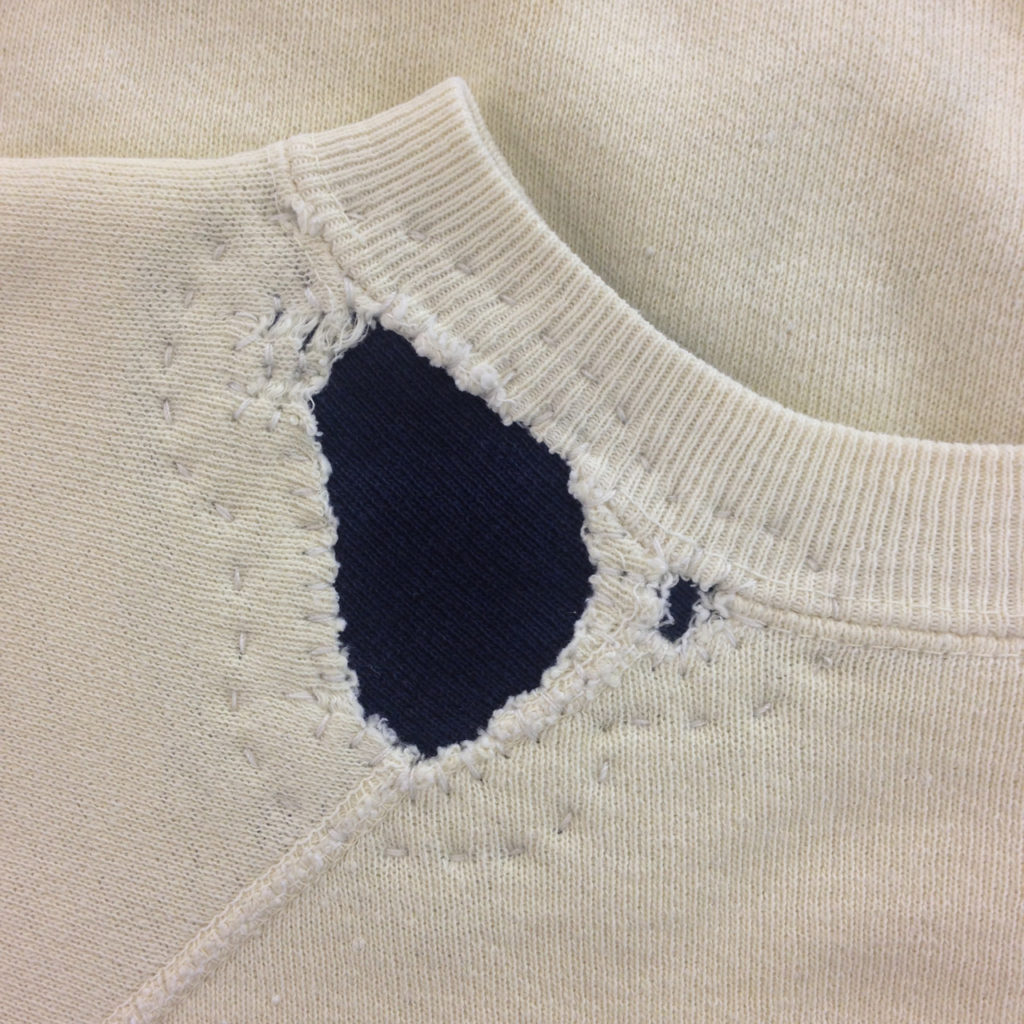 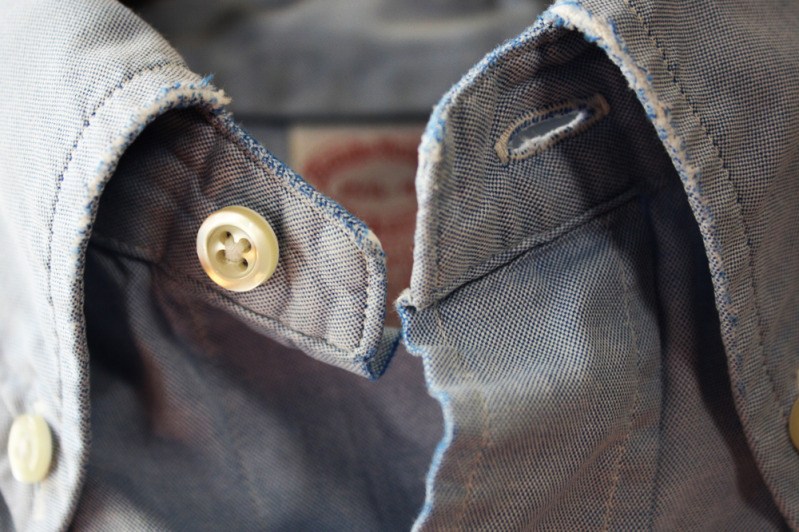