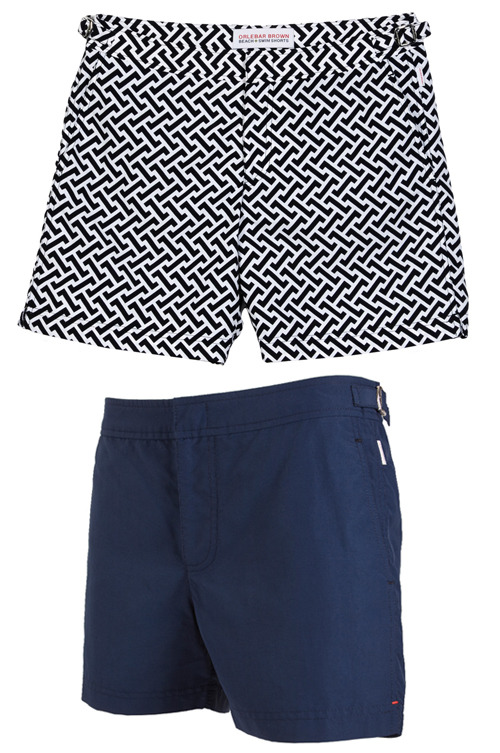 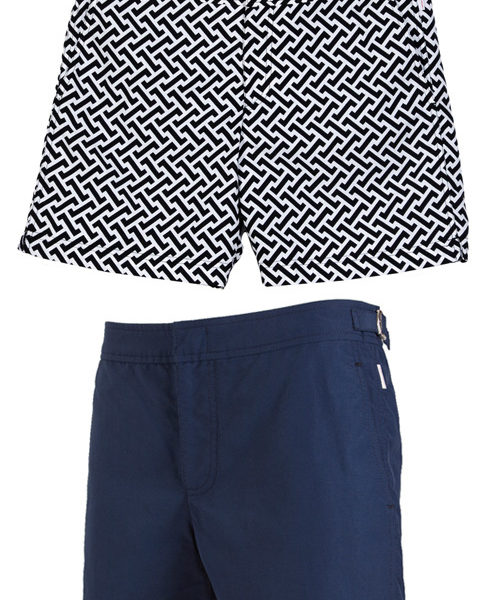 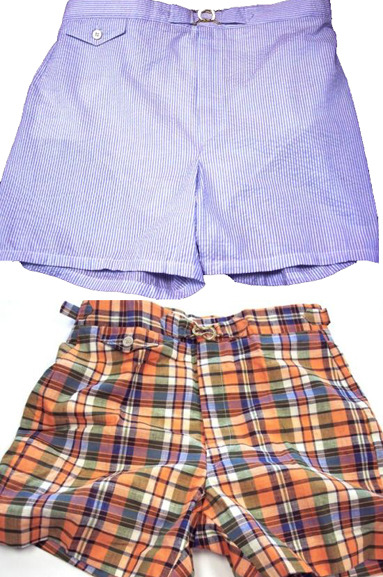 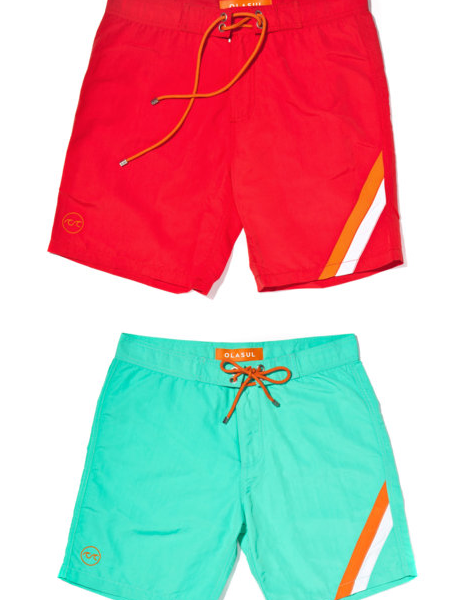 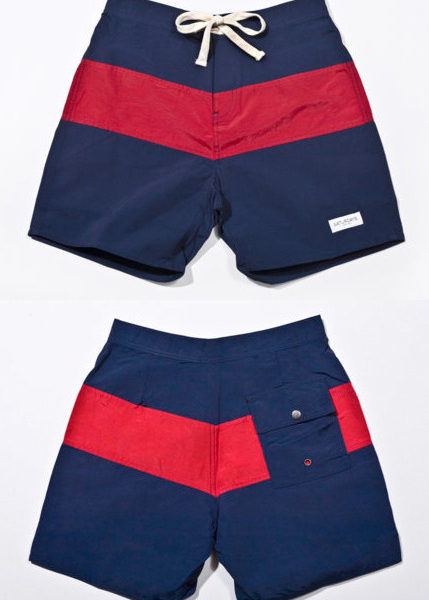 While Jesse grew up in the Bay Area and later moved to Southern California, I grew up in Southern California and then moved up to the Bay. In fact, my teenage years were spent around Laguna Beach, a beach town sandwiched between Los Angeles and San Diego. Summer there mostly meant wearing swim shorts of some kind, so before I ever became critical of suits, I was noticing how swim shorts fit.

Most men, unfortunately, wear embarrassingly bad swim shorts – brightly patterned, baggy shorts with elasticated waistbands (a feature that makes swimming trunks look like boxers). The only people who can get away with these are 15 year-old kids. If you put in a bit more effort, you can buy much better ones.

My favorites are by Orlebar Brown. They’re made in the UK and Portugal, with fabrics from France and zips from Italy. They come in a variety of lengths, but I really like the Bulldog, which comes to about mid-thigh. They fit trim, feature a zippered back pocket, and come in really nice block colors or tasteful geometric designs (not the garish floral patterns you see from some other companies).

The best thing is that they’re built much like suit trousers. They have darts in the back, engraved side tabs, and a sturdy waistband with double fusing. These are the antithesis to the elasticated swim shorts. If you’ve ever worn a pair of trousers with side tabs, you know how much better of a fit you can get with them. Additionally, all of OB’s metal components have been left in both salt and chlorinated water for seven days in order to test for corrosion, and they’re nickel free for those with allergies.

The only downside to them is that they’re a bit more expensive – hitting around $240. Since you only really need one pair, I think splurging on Orlebar Brown is worth it, but if you really can’t save up the coin, consider O’Connell’s, which also feature side tabs. Some of these say there is an elasticized waistband at the back, but some don’t. Before buying, I would check with them first. Also, you should note that O’Connell’s trunks are often made from cotton or a cotton-blend. As such, they won’t be as quick drying as those made from polyamide. This can be really annoying if you plan on wearing your trunks all day.

Finally, two other companies I really like are Olasul and Saturdays NYC. Both feature shorts with drawstrings, but Olasul has models with a double snap button enclosure, which I think are even better. They both also feature snap-button rear pockets with grommets for draining purposes. Their designs have a slight retro surf culture feel to them, but they’re still very contemporary looking. I would recommend them if you’re a bit younger in age.