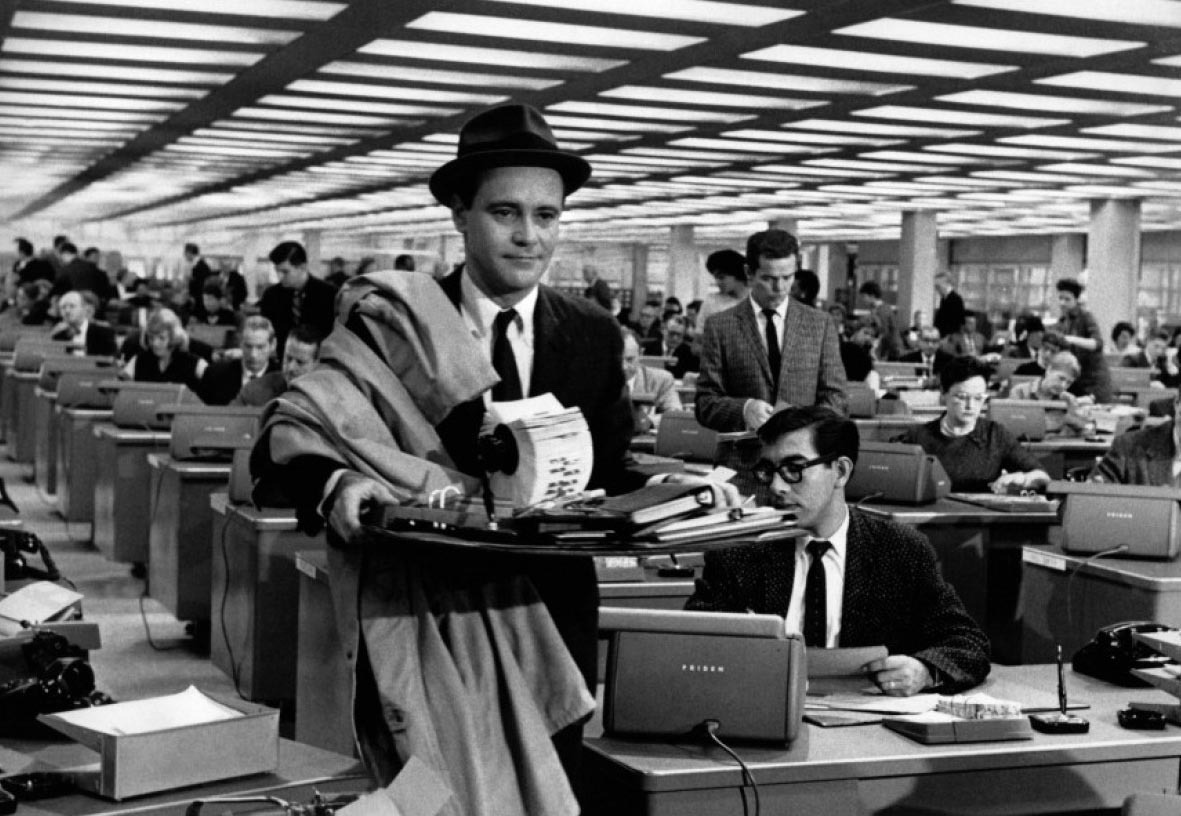 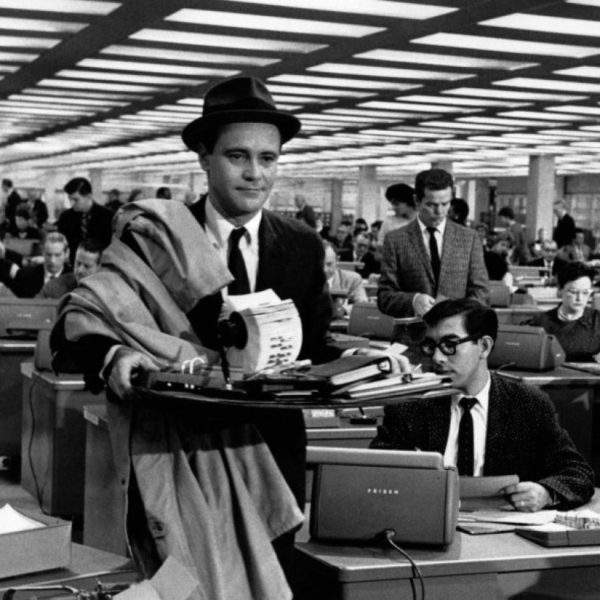 The New York Times had an interesting article yesterday on the end – or at least the slow death – of office dress codes. Offices around the country have been giving up on the coat-and-tie uniform for decades. Indeed, the last NYT article about serious, rigid dress codes was perhaps back in 1986. Titled “Admit It or Not, Work Dress Codes Are a Fact of Life,” the article talks about how a jacket-and-tie are required in high-end services (e.g. finance and law) because of the need to look professional in front of clients.

Since then, the Casual Friday movement of the ‘90s and hoodie-wearing Silicon Valley geeks of the early-aughts have made the coat-and-tie uniform a thing of the past. Just last month, Vanessa Friedman wrote about how bankers are now shedding their tailored clothes for more casual wear (think: the kind of stealth wealth styles sold at Loro Piana and Cucinelli). And last winter, Crowe Horwath – one of the larger US accounting firms – announced a new code encouraging employees to show up in jeans and button-ups (although suits are still required for meetings).

The current wave of dress-code decline is being pushed by hot-button issues surrounding gender equality and fluidity. Women shouldn’t need to wear heels if men aren’t required to wear uncomfortable footwear; and men shouldn’t have to cinch ties around their necks if women don’t. This last December, the NYC Commission on Human Rights announced new guidelines for a municipal law that expressly prohibits “enforcing dress codes, uniforms, and grooming standards that impose different requirements based on sex or gender.”

All this sounds great in a small-L, European liberalism sort of way (ideas of individualism, freedom, and equality that have dominated Western thought since the Age of Enlightenment). Why not live and let live, after all? Open dress codes speak to our values – clothes are superficial, individuals should be able choose for themselves, and everyone should be treated equally.

Indeed, the NYT poses this as a fundamental shift to the rights of individuals:

“There’s a strain of thought that says an employee represents a company, and thus dress is not about personal expression, but company expression,” Professor Scafidi said. “But there’s a counterargument that believes because we identify so much with our careers, we should be able to be ourselves at work.”

“We are moving into an era where personal expression is going to trump the desire to create a corporate identity,” Professor Scafidi said. “It’s a huge power shift.”

But is that actually true? The article ignores that the lack of formal dress codes just means informal ones take their place. Open dress environments aren’t nearly as open as the NYT suggests.

Unless you work in a creative industry and live in a big city (read: basically NYC), you probably can’t wear anything too fashionable or avant-garde to work. We’re not talking about Rick Owens, but even somewhat tame designers such as Robert Geller and Stephan Schneider. And if everyone is wearing shorts and t-shirts, the sharpest you can look is in chinos. New, open office spaces still have dress codes – they’re just softly coded as social norms, not hard written into rulebooks.

The whole situation has left many men confused on what they’re supposed to wear. “Are grey flannel pants too dressy?” “Are sneakers too sloppy?” “How should I dress for the meeting/ office party/ interview?” When Crowe Horwath gave up on the jacket-and-tie uniform last winter, they had to make a long (and somewhat corny) video explaining what was not acceptable.

This “not too formal, but still professional” soft dress code has basically given men one uniform: jeans (sometimes chinos) with a button-up shirt (probably gingham). Not as interesting as casualwear could be; not as sharp as the jacket-and-tie. It’s not ugly, it’s just vanilla bland. You could break it, of course, but at the risk of paying a social cost. See the hundreds of emails I’ve received from readers over the years asking what they should wear if a suit is out-of-step at their office, but they also don’t want to stand out for being too fashionable.

So, what do we lose? A more formal outfit not only makes you look sharper and more professional, studies show they also make you think better at work. Notably, the old dress code also allowed men to put on a uniform that made them look good, without requiring them to think too much about it. Uniforms blend into the background, to some degree. The new code allows for more self-expression, yes, but it takes a lot more effort to figure out how to dress around soft, social norms.

A couple of years ago, Anna North wrote an NYT op-ed about how the new, cool office environment “can be just as oppressive as the old, buttoned-up one.” Dressing now follows subtle, in-group views – those who understand them know how to navigate the corporate world; those who don’t pay a price:

“The theme is familiar to anyone who’s tried to join a country club or high-school clique. It’s not supposed to make sense. The Culture can’t really be written about; it has to be experienced. You are expected to conform to the rules of The Culture before you are allowed to demonstrate your actual worth. What wearing a suit really indicates is — I am not making this up — non-conformity, one of the gravest of sins. For extra excitement, the rules are unwritten and ever-changing, and you will never be told how you screwed up.”

Silicon Valley start-ups may not care about professionalism in the pants-that-aren’t-jeans sense — they may actively discourage it — but, in Mr. Bueno’s formulation, they have a set of codes that may be even more restrictive because only those already in the clique really understand them. He writes:

“The first step toward dissolving these petty Cultures is writing down their unwritten rules for all to see. The word ‘privilege’ literally means ‘private law.’ It’s the secrecy, deniable and immune to analysis, that makes the balance of power so lopsided in favor of insiders.”

In the best of all worlds, people could genuinely wear whatever they wanted to work – so someone in J. Crew’s bizcaz clothes can work alongside someone in Rick Owens drop-crotch pants and another in a Brooks Brothers suit. That’s always been the criticism of liberalism (again, meant in the old European sense, not American Democrat sense): it assumes too much agency on the part of the individual. Hard dress codes have largely disappeared, yes, but in their place are just soft, social norms that still regulate people’s behavior. Whether that’s better or worse is questionable.