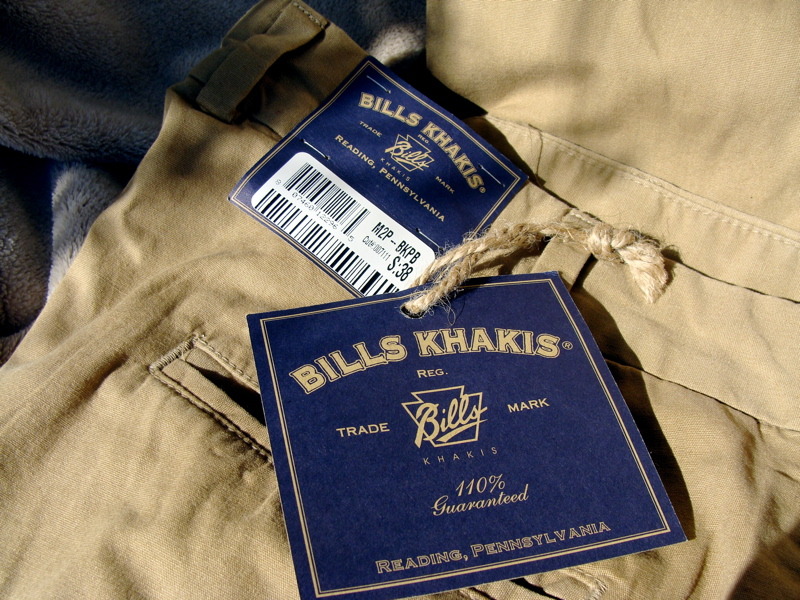 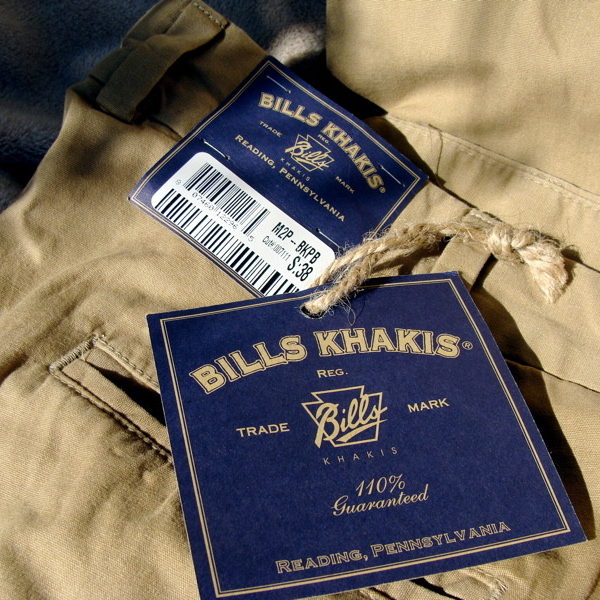 Some readers may know that Bills Khakis had a liquidation sale last year. Crazy, crazy low prices, with the company’s famous cotton pants costing something like $25/ pair at some point. Despite being fans of their slim-fit M3 cut, we didn’t post about the sale because it soon became a debacle. Orders took forever to deliver, if they were delivered at all, and many people were at a loss for customer service.

Yesterday, Nick Hilton penned an interesting piece on what he thinks was behind the brand’s demise. Obviously, nobody really knows except the company’s owners, but Nick’s opinion is an informed one. He’s the son of the the late Ivy-clothier – and Ralph Lauren’s first investor – Norman Hilton, and currently runs his own Princeton-based clothing shop. His post is a no-holds-barred, completely honest account of what it’s like to service traditionally minded customers and work with brands that do multi-channel marketing. An excerpt:

As captain of another ship lost in these waters, I can easily relate. I’ve been there; done that. The truly distinctive, Ivy League of Norman Hilton clothing had made him successful, but such a distinctive look has a sell-by date, and his was about 1985. So even though our “Jivey Ivy” touches had infused new energy into the lineup, Trad was kaput. Done for, on Fifth Avenue, Boston or San Francisco anyway. On the other hand, the retailers who continued to carry Norman Hilton (the core customers who were keeping us in business,) were totally opposed to change. They were, by and large, southeastern and mid-west specialty shops, and they generally held to the theory “If It Ain’t Broke,” etc. Crepe fabrics? More “shouldered” silhouettes? Deep-pleated pants? “That may work for Louis of Boston, sonny boy, but down here in Charleston…” Or Cincinnati… And without these guys we had no business. Rock: Traditional doesn’t work. Hard place: Traditional is all we want…

Okay, so, back to the present. Bill’s clever motto was “We Made Bill’s Better By Not Changing a Thing.” Now some companies have managed to move forward and stand still at the same time. Hermes come to mind. Levi’s. But in the world of fashion, it’s rare. If your brand identity is based on something indefinite, less tangible than a silhouette or a specific look you can do it. Brioni endures because the brand is built on It’s Expensive! Bill stuck his neck out from jump street with Khakis in the name and the dude had a hell of a business in cotton pants, but the need for growth being a progressive, chronic disease, he got into bathing suits, sport shirts, sport jackets, outerwear, you name it. And none of it was as well received as the khakis were. So there’s that. Brand extension doesn’t always work.

Then he had his own rock/hard place dilemma. Over the years the average guy’s notion of how pants fit changed, and while Bill’s offered increasingly trimmer models, they weren’t really all that trim. They didn’t offer much in stretch fabrics, thus maintaining the easy, loose look of the khaki pant that his true fan base had come to expect. The pants were, in our store at least, the favored by the fashion-unconscious man, not someone we were really working to attract.

Another fatal factor was a symptom of the disease called The Need for Growth. I believe it’s called “multi-channel marketing.” Early on, when the retail customer went to Bill’s website he was guided to a retailer like us where he could try things on, get them altered, etc. Bill’s Khakis were the retailers’ friend. But in time they became an online retailer; and now guys were coming into our store to try pants on so they could go home and order them online. Retailers love that. This insult later became injurious, as big, well-designed and attractive mail order catalogs were being mailed directly to our customers. Our waning enthusiasm for Bill’s Khakis actually went into reverse. We became anti-Bill’s.

Nick’s post reminds me of the store owners and fashion designers I’ve interviewed over the years, many of whom complain about what it’s like to serve traditionally minded, value orientated customers in the internet age. Customers who are resistant to change, but also rarely, rarely pay full price. All that makes it difficult for stores (and brands) to continue doing what they do – putting them between that rock and a hard place that Nick writes about.

We’re big fans of smart shopping here at Put This On, but it’s also good to support companies that provide you with the kind of products and services you enjoy. Sometimes that means shopping at full retail.

Anyway, a private equity firm bought Bills Khakis a few months ago. No news yet on their plans, but we’ll certainly keep readers informed.

Oh, and if you’re up for a splurge, Nick Hilton also sells dress pants. If the specs are the same as the ones I bought five years ago (you better not have changed the cut, Nick!), they’re fantastic.