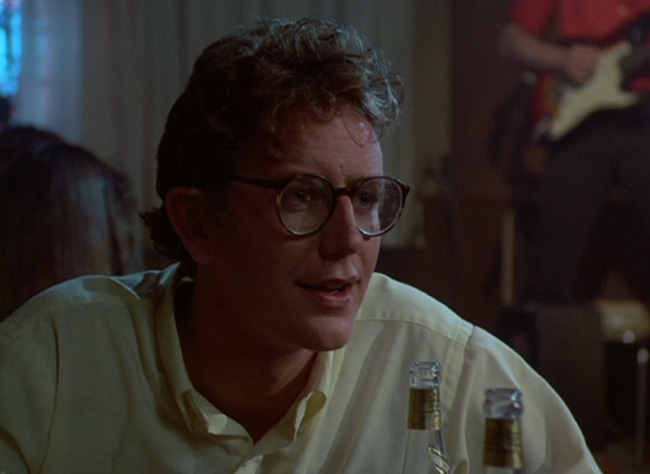 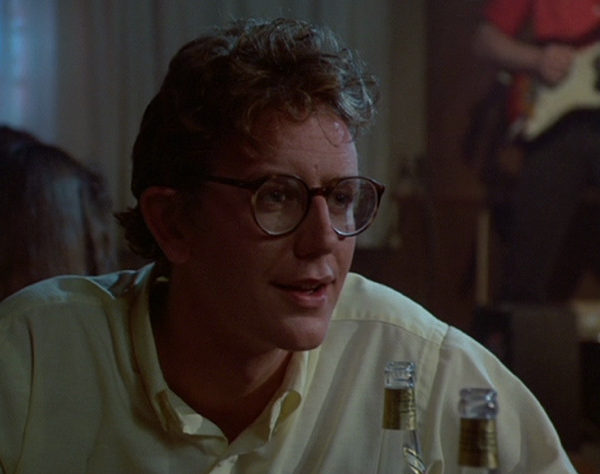 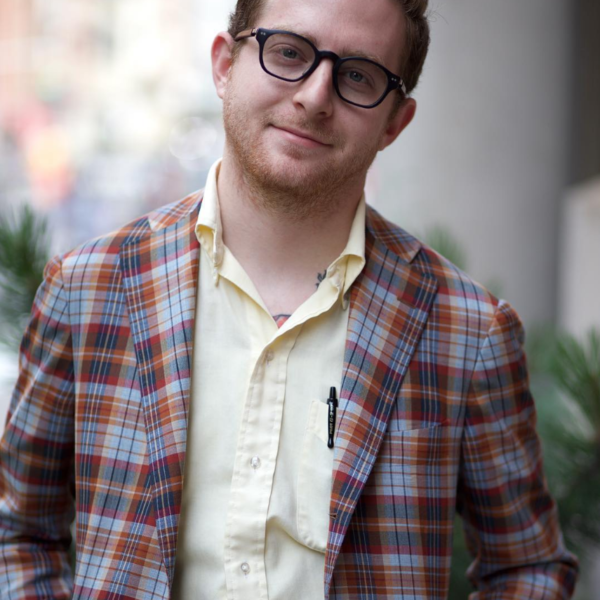 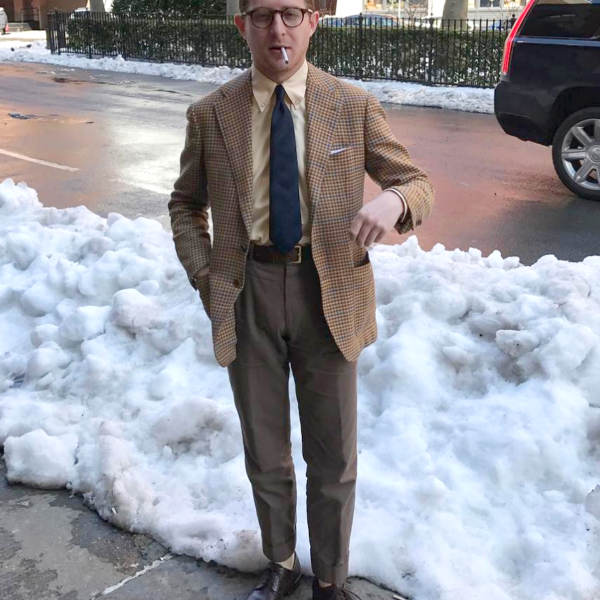 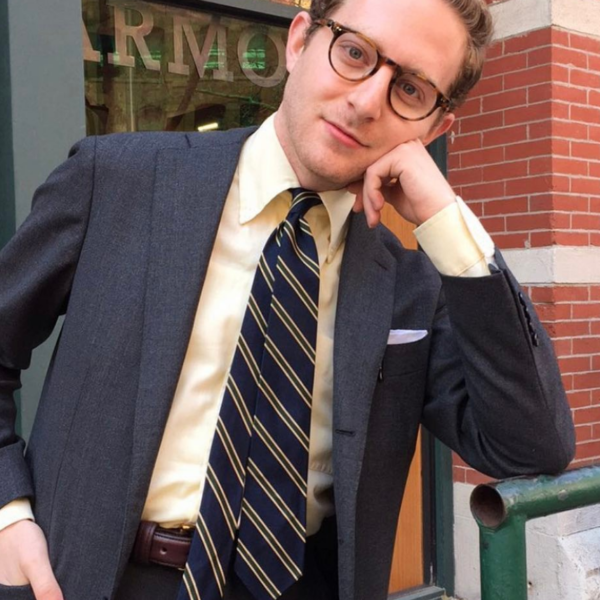 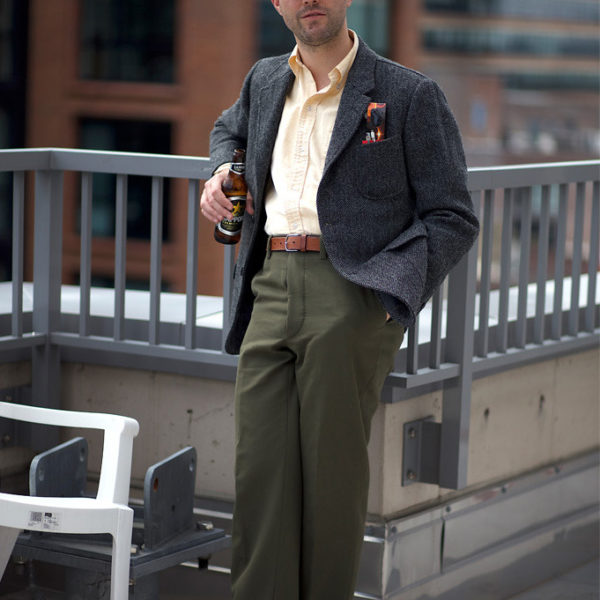 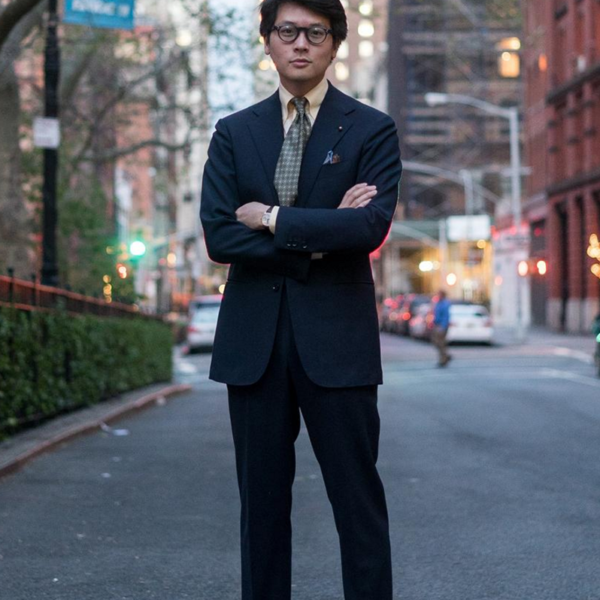 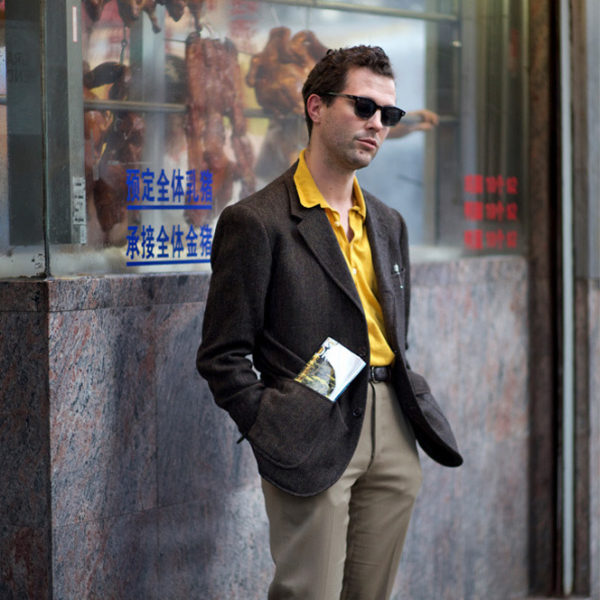 One of the wonderful things about classic men’s style is that anyone can look great, provided they have the basics. That’s why we’re such big proponents here at Put This On of starting with simple items. If you’re just starting to build a tailored wardrobe, get some wool trousers in light to mid-gray, then a dark suit (ideally something in navy and can be broken into separates). Also build a shirt wardrobe that mostly relies on white and light blue. It’s easy to get pulled into novelty items when you’re just starting out – as we all want to assert our personality – but you’re often better off paying attention to the fit and silhouette of your clothes.

Once you have the basics, however, it doesn’t hurt to have some things off the beaten path. Lately, I’ve really enjoyed seeing how Ben, Richard, and Mark at The Armoury have shown how you can wear a yellow shirt – perhaps the least popular of dress shirt colors. In an old Ivy Style post, a representative from Brooks Brothers once noted that yellow only makes up 5% of their OCBD sales, about half of what they do in pink and a tenth of their most popular color, white.

Yellow can be tough to wear for a few reasons. For one, if the color isn’t right, your shirt can just look dingy. Against certain complexions, it can also make your skin look sallow. Perhaps most of all, it’s just a harder color to pair. White and light blue work with almost any coat-and-tie combination, which is what makes them so useful.

I don’t know if a yellow dress shirt is recommendable for everyone, but the photos above show a surprisingly good range. Yellow here is worn with preppier items, such as madras sport coats and flat front chinos (a more natural combination). The cheerful color also works impressively well against wintery tweeds in grey herringbone and brown, as well as conservative, dark worsted suits in navy and charcoal. For ties, navy seems like a good choice, as blue and yellow often work well together.

Ecru will always be an easier color to wear, but maybe yellow hasn’t been given its due credit.