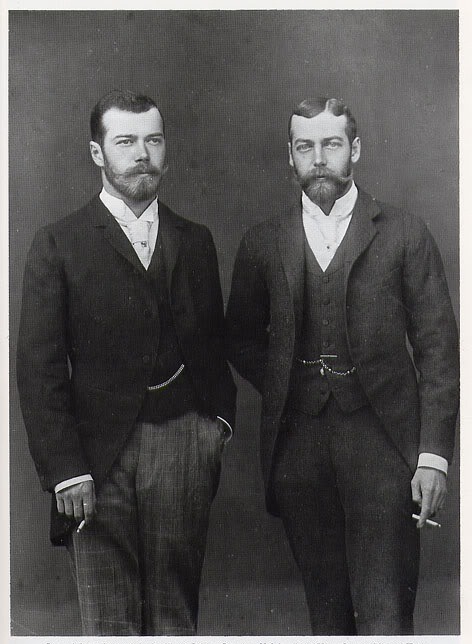 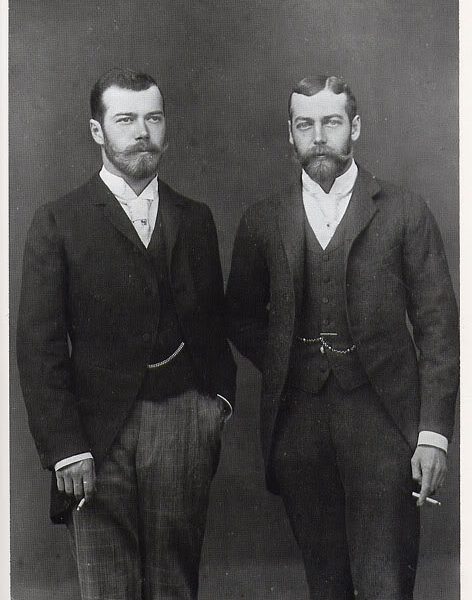 I’ve been reading bits and pieces of the book “Savile Row: An Illustrated History” for the past few days. It’s full of wonderful little stories about tailors and their clients.

I was particularly interested in an anecdote about trouser creases. These days, almost every dress trouser available comes creased down the center of the leg. Just about the only pants that aren’t creased in this manner are for casual wear, like denim or work chinos.

I was surprised to learn that this wasn’t always the case. As it turns out, King George V took an opposite tack back as 1922. Here’s the report from the Chicago Tribune:

SIDE CREASES IN TROUSERS

LONDON, June 9 – Trousers creased down the sides instead of the front are a sartorial innovation to be introduced by King George at the Ascot races. The late King Edward occasionally wore side-creased trousers, and Admiral Beatty is seen with them.

On Ascot Day the King will wear a gray worsted morning jacket with broad, single-breasted lapels, three-buttoned front and an outside pocket. HIs Majesty’s tie will be white or a combination of his racing colors slipped through an old-fashioned gold ring. He will wear white gloves with black stitching.

You can see King George V’s side-creased trousers above (he’s on the right) as he stands next to his first cousin, Tsar Nicholas II.

But the love of side-creased trousers didn’t exactly stay in the family. His son, the rebellious Prince of Wales, Edward VIII, wasn’t fond of the look. According to “Savile Row”:

Davies made the royal pants with old-fashioned side creases, so the Prince ordered extra trousers with each suit; then he could switch to front creases when beyond his father’s reach.

I do wonder if side-creased trousers will ever return. I can’t think of a modern advocate for them. Perhaps an adventurous bespoke customer will have an extra pair made with their next suit. It’d be interesting, to say the least.