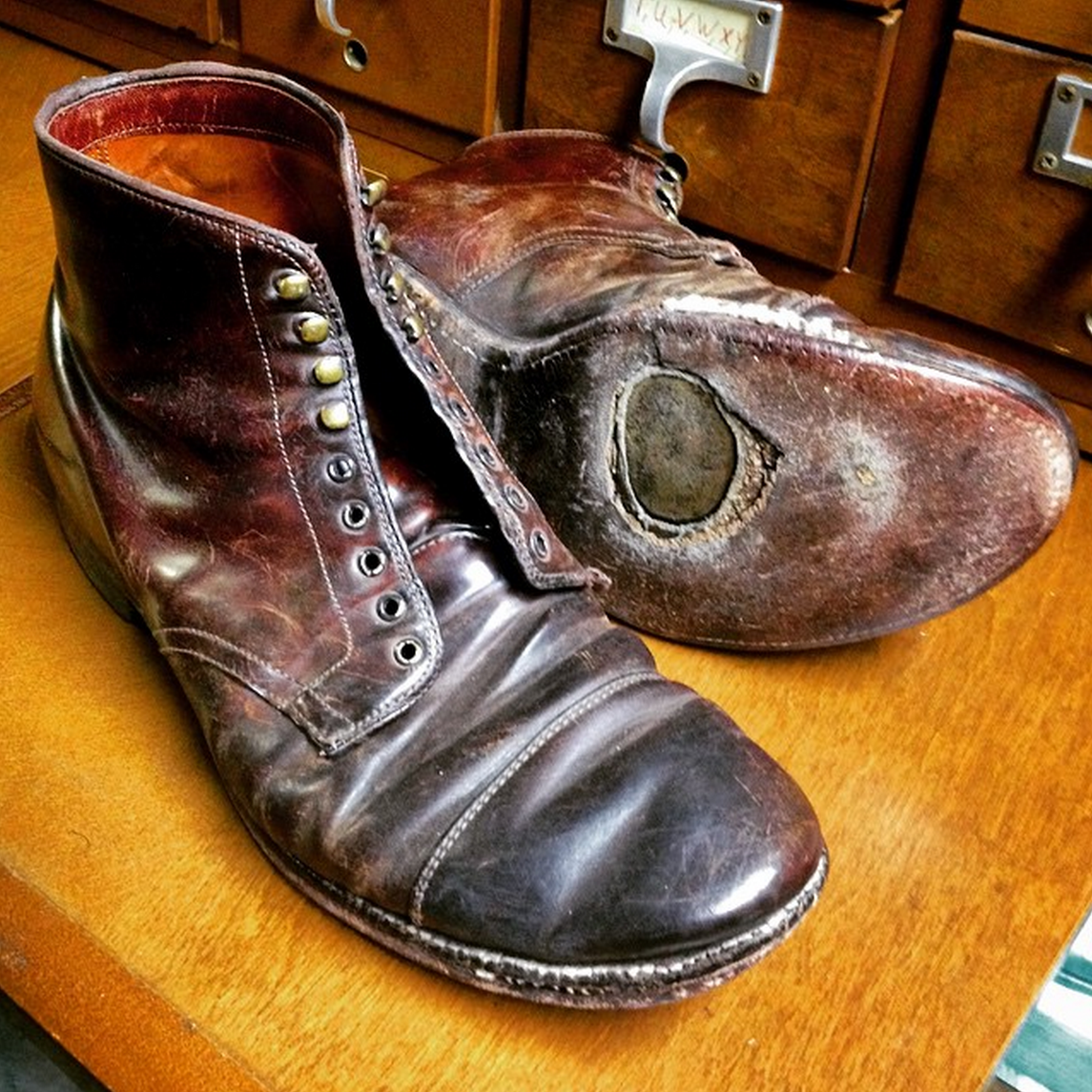 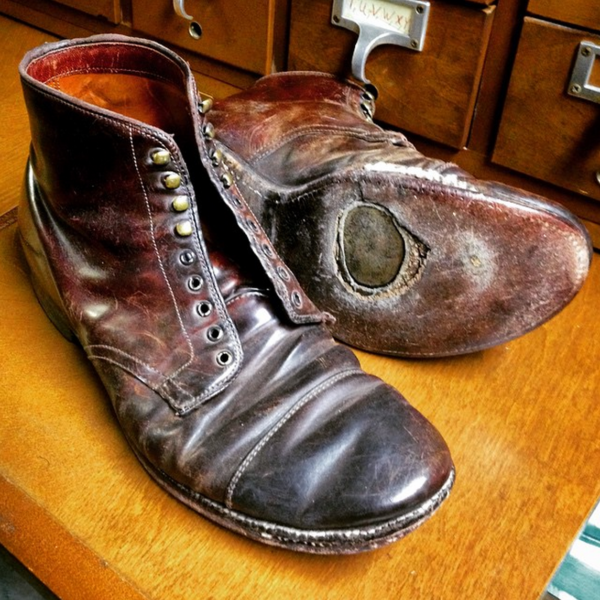 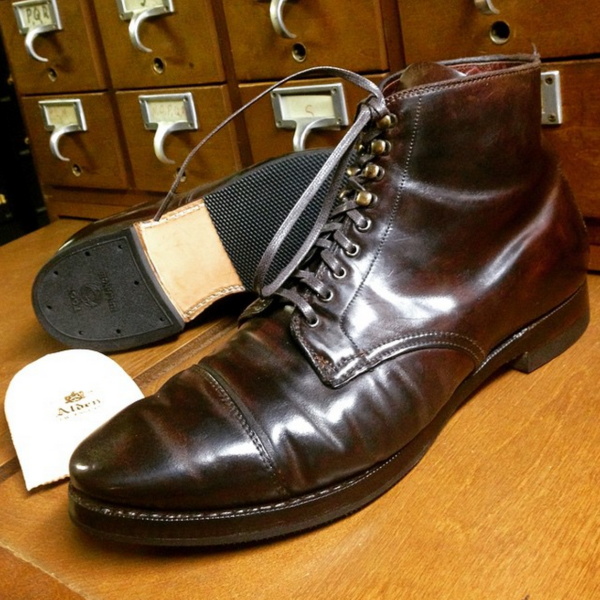 Although we all know well-made shoes can last for decades with the occasional resoling, it’s always amazing to see the before and after pictures of a shoe repair. These beat up and near-destroyed shell cordovan Alden boots were brought into Moulded Shoe earlier this year. They looked like they’ve been through a war – the soles were worn past their corkbed and the uppers were heavily scratched and discolored.

Rafael, whose family has owned the store since the 1940s, tells me that when the soles have been this worn down, they repair the shoes on one of their custom lasts. “The problem is that we have to completely deconstruct and rebuild the sole, which means when you take off the bottom, the uppers are loose – like a sock,” he explains. “So before we rebuild the bottom, we have to put the uppers on one of our custom lasts in order to give them some structure.”

Next, the uppers were restored by stripping away the dirt and old layers of polish. Then new creams and waxes are layered before the shoes are buffed out. “Shell cordovan is a tough leather, so it can last for decades. With something like this, you just need to rebuild the luster.”

What else can they do for shoe repairs? “Pretty much anything,” says Raphael. “We repair damaged speed hooks; patch up holes in heel pads; replace soles. We can even change a sole from leather to crepe or Commando. The only question is whether the uppers are in good enough condition to warrant a repair job. If the leather is cracked, sometimes a customer might be better off just getting new shoes.”

You can visit Moulded Shoe in NYC at 10 East 39th Street. For those outside New York City, they’ll also take mail-ins.