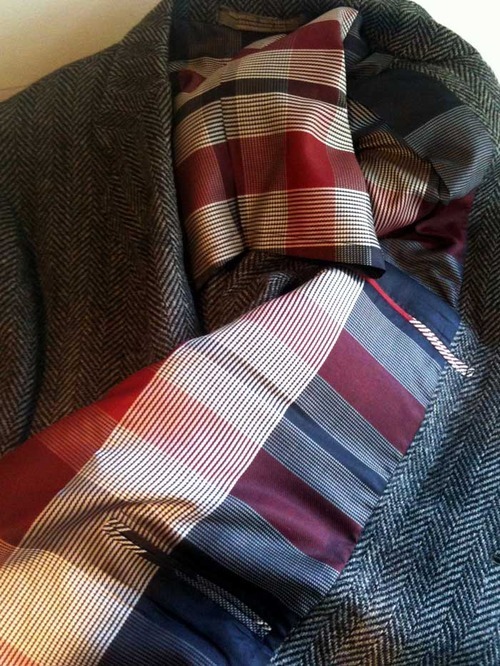 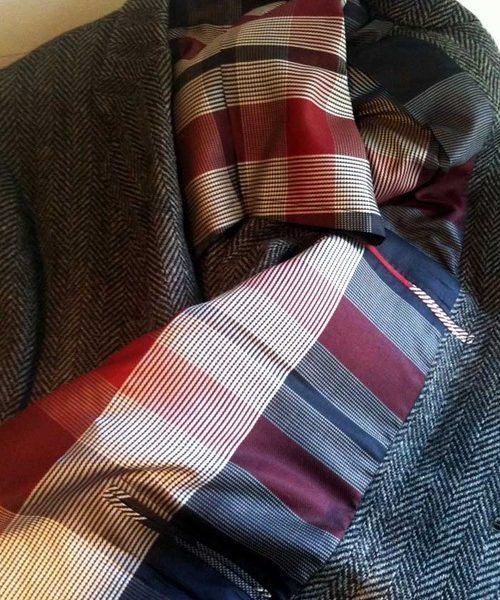 Eric writes: I’m always in a quandary about what to do with my cell phone.  Other sites say to never wear a cell phone on a belt–apparently it’s this generation’s pocket protector or Batman utility belt accessory.  On the other hand, I don’t like the way a cell phone in the front pocket breaks up the line of my always flat front dress pants.  What’s a guy to do?

There are a pair of answers to this question, which we get a lot in our email inbox.

The first is to carry a bag.  You’re describing work; my presumption is that you’re bringing a briefcase of some kind with you.  There’s plenty of room for wallets, phones, keys and all other manner of miscellanea in there.

The second is to put it in your jacket pocket.  I tend to use the upper pocket (seen above) for my cardholder, and the lower pocket for my phone.  Neither breaks the line of my jacket significantly.

Generally speaking, these are the solutions to all your stuff-carrying problems.  I generally carry a car key and two house keys, a small card holder, and some folded cash in addition to my phone.  It all goes either in jacket pockets or a bag unless I’m not wearing/carrying either.  In that case, it fits fine in the pockets of my jeans.

You’re right to think that the belt clip is the pocket protector of our generation.  There is absolutely no excuse for it.  It is embarassing, and if you own one of these grotesque monstrosities, you should throw it away now, lest you be tempted to wear it in the future.