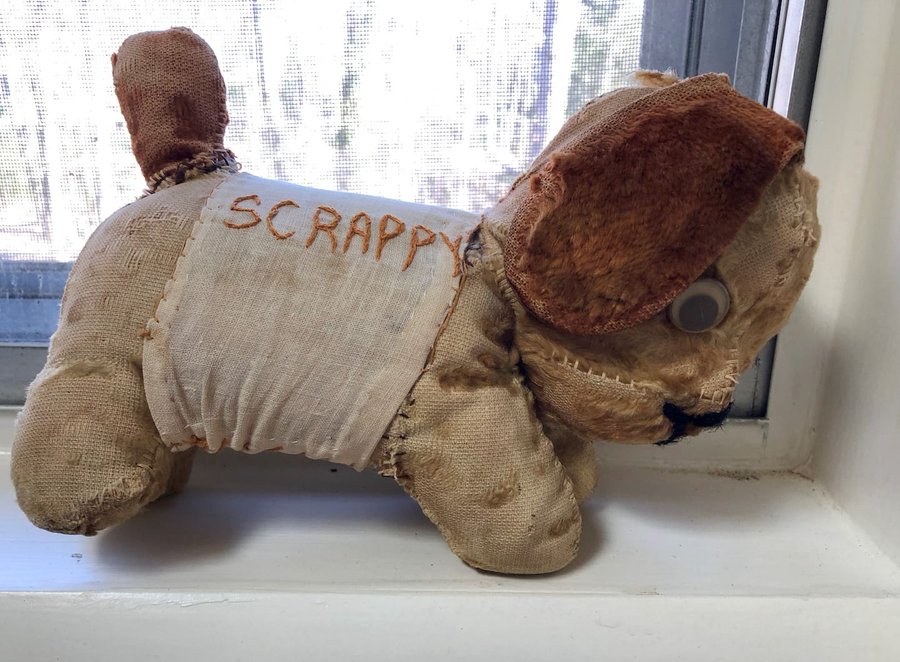 I was deeply moved by Theresa Vargas’ latest column in The Washington Post, which talks about the Virginia-based nonprofit organization Alice’s Kids and the work they do for at-risk kids. During this time of year, Alice’s Kids receives countless letters from children across the country who are writing to Santa about the things they want for Christmas — shoes, toys, and clothes, much like you hear from any child. Except, for these kids, such things mean so much more.

Last year, one child wrote to Santa asking for underwear because she didn’t have any to wear to school. A student asked for dress pants because he was expected to recite a poem at a gala. One request was for a music stand because a teenage survivor of sex abuse found playing the viola calming. In another WaPo article published last year, Vargas says these requests are the “the stuff of quiet happenings and unseen heartbreak, occurring to children around us, without us knowing. They are what child poverty looks like on a micro, just-trying-to-get-through-the-day level.”

This year’s letters are even more gut-wrenching, as stories about poverty are now compounded with challenges brought by the pandemic. Some children have lost close family members due to COVID, some have had to move to homeless shelters, and others have had to endure school bullying as classrooms have been transported online. For some kids, this means they’re less likely to attend online courses. An excerpt:

“When the youth were on camera for distant learning, they were teased by fellow classmates because they had to wear the same clothing with similar stains,” reads a request made on behalf of a D.C. family. “The teasing eventually caused the youth to not attend virtual classes and ultimately impacted their grades.”

It describes the student’s mother as losing her job because of the coronavirus and experiencing anxiety attacks that have repeatedly landed her in the hospital.

For the children’s needs, it lists only one thing: “clothing.”

We try to remain anonymous but sometimes a parent tells their child that someone out there also cares for them. I thought I'd share these letters from Mom and one of her children. Happy holidays to them and to you. pic.twitter.com/pGQ5mGpl62

There is something extraordinary about reading these unimaginable tragedies contrasted with requests for what Susan Strawn once described as “the unremarkable and intimate stuff of everyday life.” A letter from Pennsylvania describes a girl who has suddenly lost her brother to COVID-19. The letter says she loves animals and “things that sparkle.” Due to remote learning, she has gained a bit of weight and needs new pants. A single mom who lost her job due to the pandemic has been staying house-to-house with friends. She requested a table, chair, and some headphones so her kids could engage in remote learning.

Many requests tell a story of struggling families. One summary reads:

Father and three children have been in shelter for a month. The family has been through a lot. Lost family members in the pandemic and struggling emotionally, trying to cope with the loss. They had summer clothes donated, but it is getting cooler and the kids need warmer clothes, as well as jackets and shoes. All three children are so well-behaved and respectful. One of the girls just had her 10th birthday and was excited with the little things staff at the shelter was able to gift to her. Kids adore their dad, who tries very hard for them.

You can read the full article at The Washington Post.

Alice’s Kid’s Twitter feed is full of other heartbreaking stories: an 8-year-old girl who likes to go outside but recently had her skateboard stolen, funeral clothes for a boy who lost a parent, and a kid who has been selling his toys and stuffed animals to other kids so he can help his unemployed dad (Alice’s Kids helped to replace those toys with a $200 gift card to Target).

If you’d like to donate to Alice’s Kids, you can find the donation page here. A quick Google search shows that the organization consistently gets good ratings across various nonprofit research portals. I pitched in a little and hope you will too. 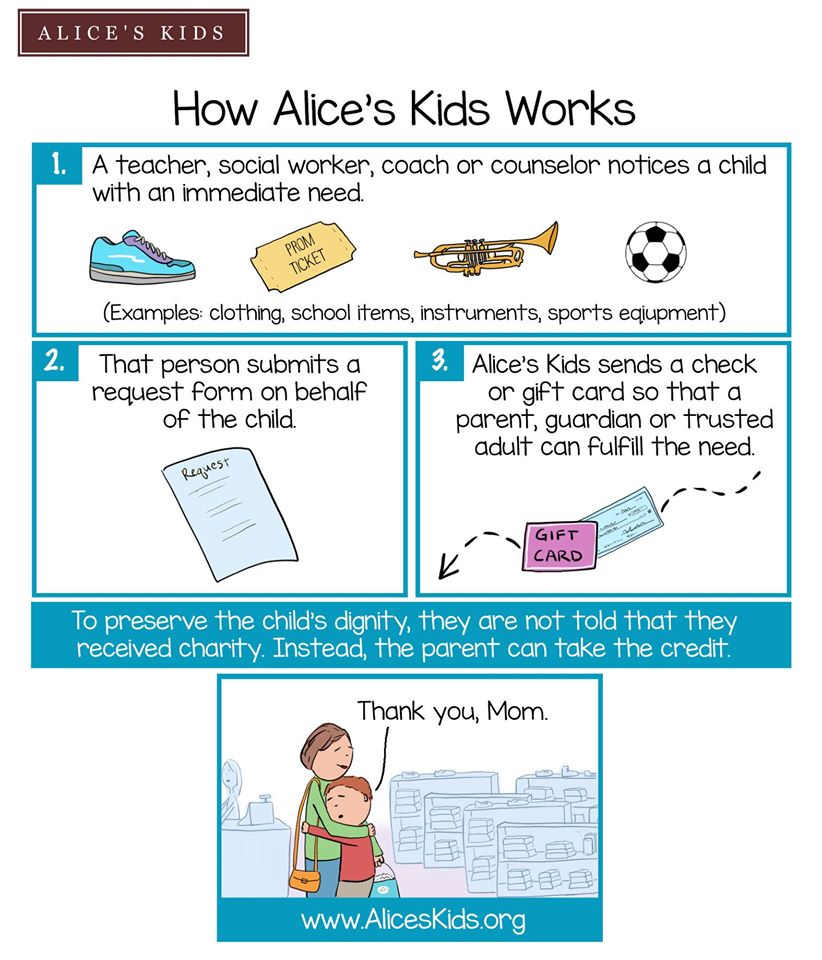