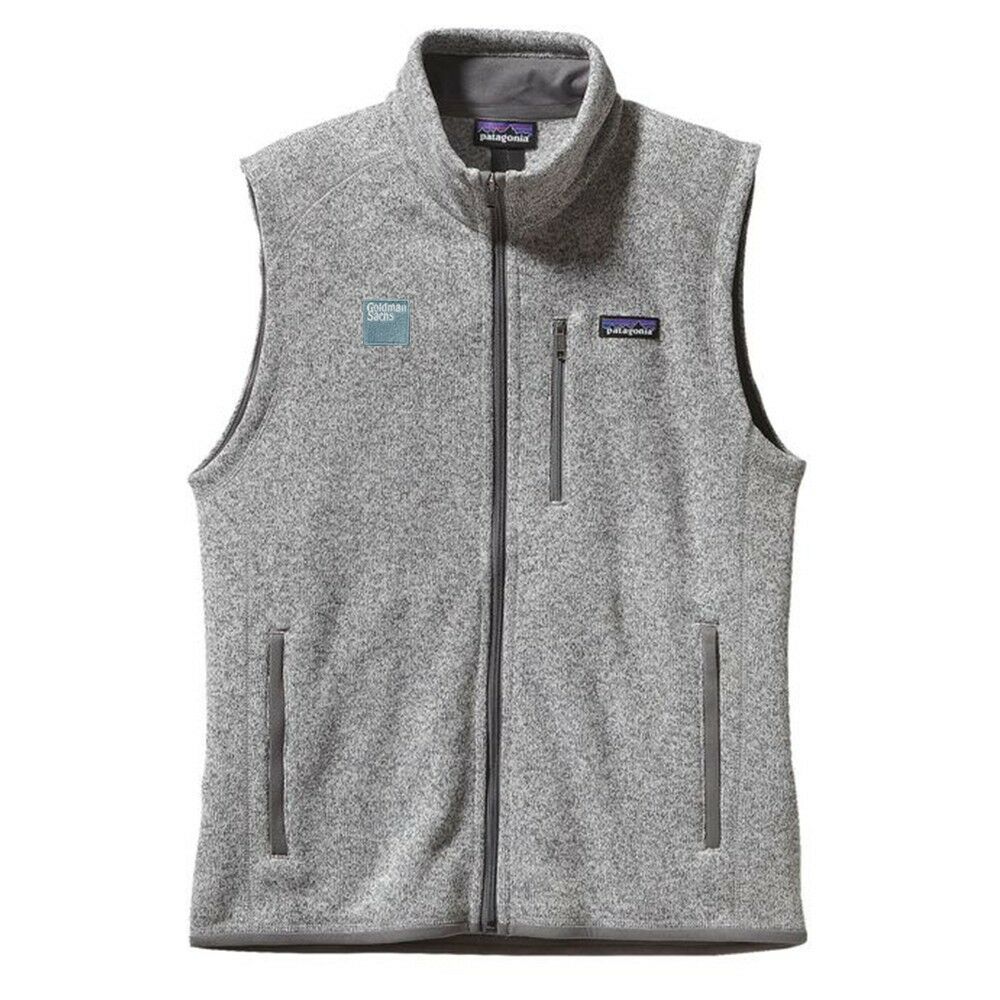 It seems that it wasn’t an April Fools joke. Yesterday, the President of the aptly named company Vested — a brand that describes itself as doing something with #finance #fintech #communications #marketing — tweeted that she was informed that Patagonia would no longer do branded products for financial services companies.

News – @patagonia just told us they are no longer doing branded vests for financial services companies. This is going to cause a #fintech crisis. Run for the hills.

The finance company-branded Patagonia fleece vest is the banker bag of our time. The banality of the vest, the lack of any real aesthetic has personified the busy bees of late-stage capitalism. The finance bros, startup bros, and tech bros of Wall Street and Palo Alto can be seen in the same uniform. The vest-clad finance guy has become a schtick from HBO’s Silicon Valley to the Instagram account that put the trend on the radar, Midtown Uniform. Just to put a finer point on it, this isn’t just an internet meme. According to CNBC last year, “vest sales hit $76.5 million for in June 2018, up 13 percent from the year prior.” That is no joke.

Chances are, if you are reading Put This On, you already know about the Synchilla clad finance masses and you know that Patagonia is a stand-up brand. Remember the commercial? Since the beginning, they have been about not just making money, but trying to hurt the world as little as possible and stand up for what is right. Patagonia is really the archetype of how brands can reflect the values of their customers and in the age of Trump, they have decided to take a more vocal stand.

I will admit that I had never fully thought it out, but it is hard to reconcile a brand like Patagonia outfitting the finance bros taking part — and benefitting from — some of the more unsavory industries (ie industrial farming, mining, oil drilling etc.). A note, presumably from Patagonia, that the president of Vested also tweeted, outlined some of the industries that Patagonia was looking to steer clear of:

The end of the #fintech uniform?! Farewell #patagonia vests. pic.twitter.com/3PpykELkZb

It was later put by Patagonia in a Tweet reply “we have made some changes to our Corporate Sales program to increase the number of Certified B Corps, 1% For The Planet members, and other mission-driven companies who prioritize the planet. This shift doesn’t affect current customers in our Corporate Sales program.” The politics of fashion can be a tricky needle to thread sometimes, but it is hard not to cheer for Patagonia as a brand that doesn’t just have interchangeable values but has earnest just values. As their mission statement says “we’re in business to save our home planet”, and that means you can’t make deals with the devil.

Of course, people in these industries will still buy Patagonia vests and their corporate branded ones will be from Lands End or some other likely place. But it is a step in a better direction. When the revolution comes you don’t want to be caught in a fleece vest.