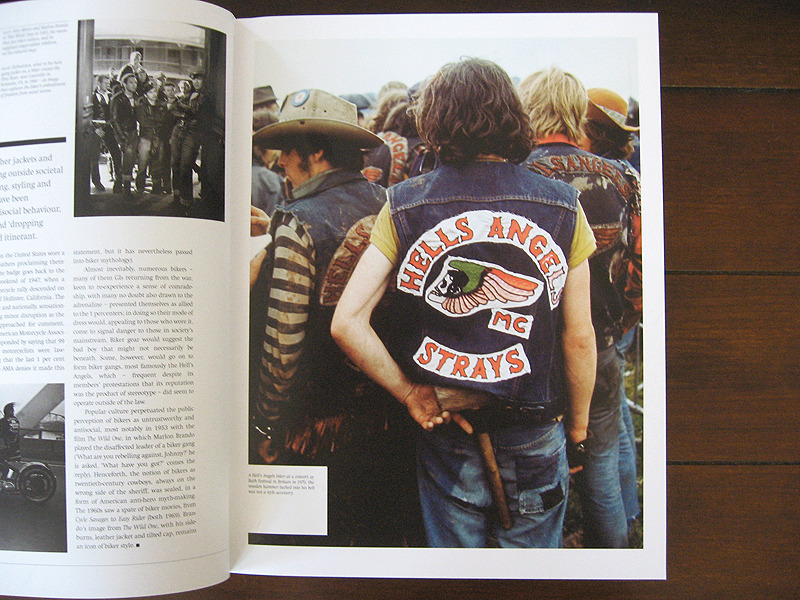 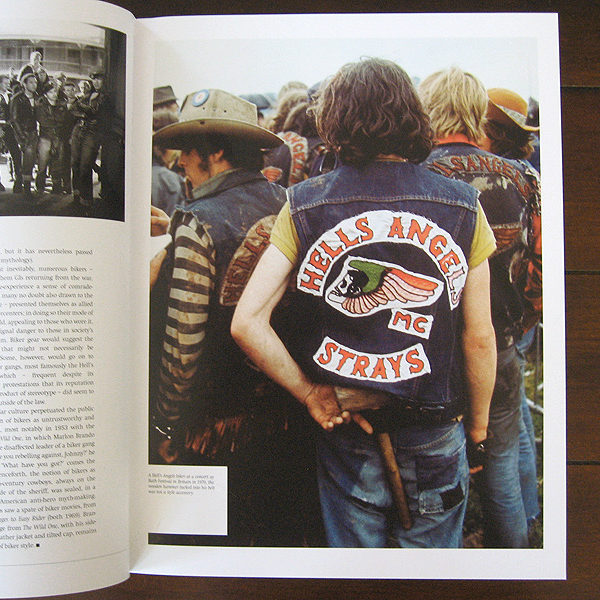 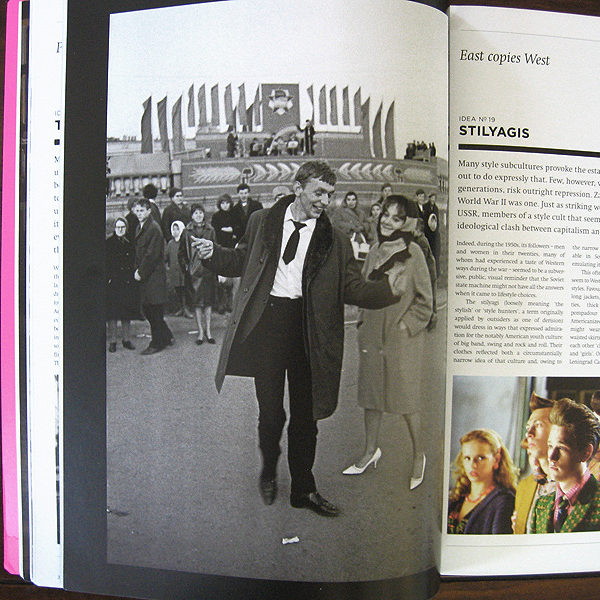 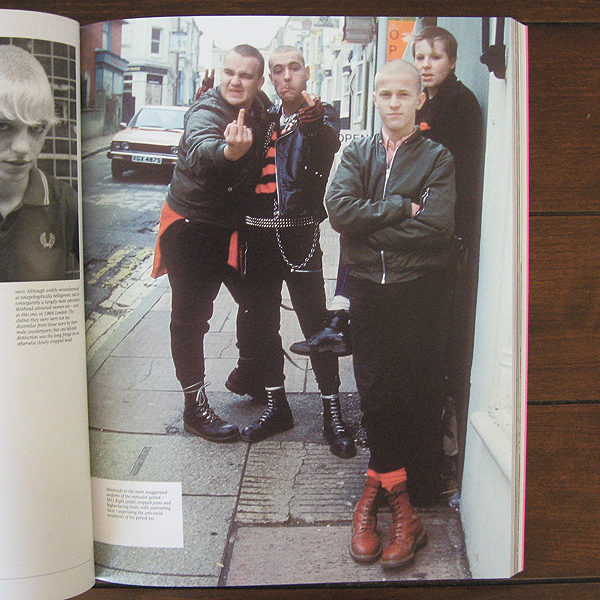 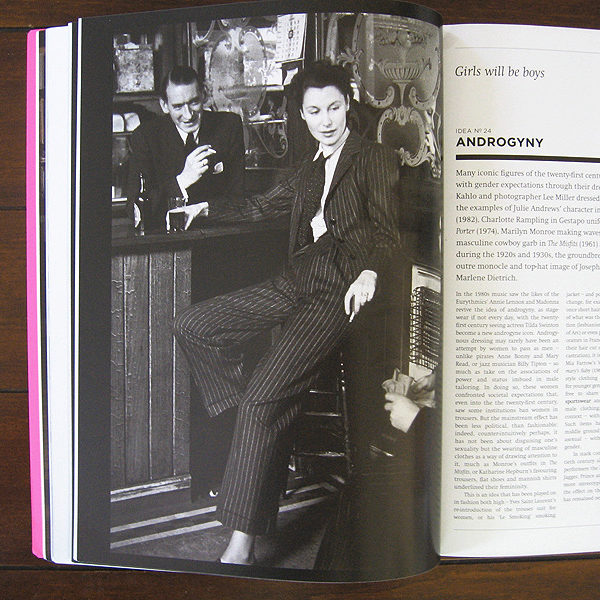 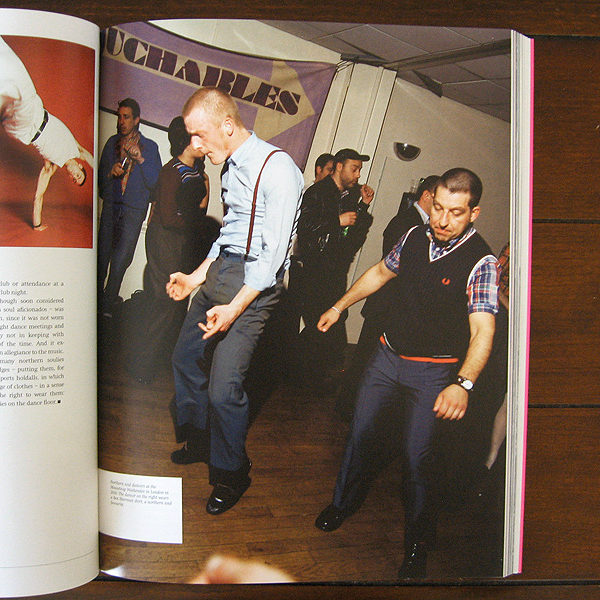 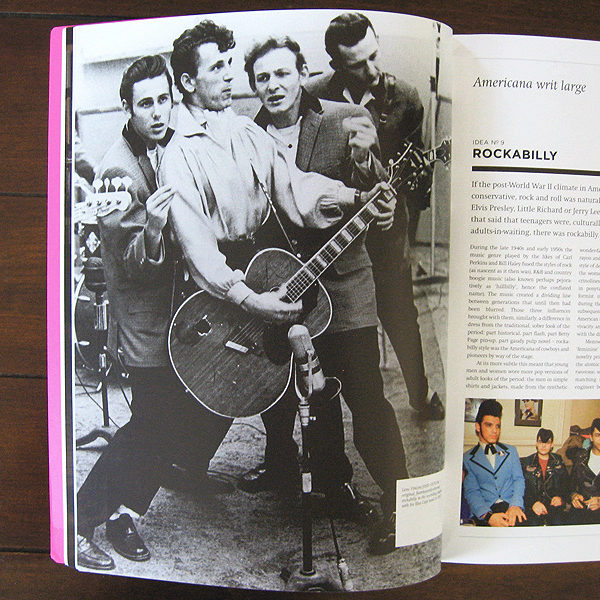 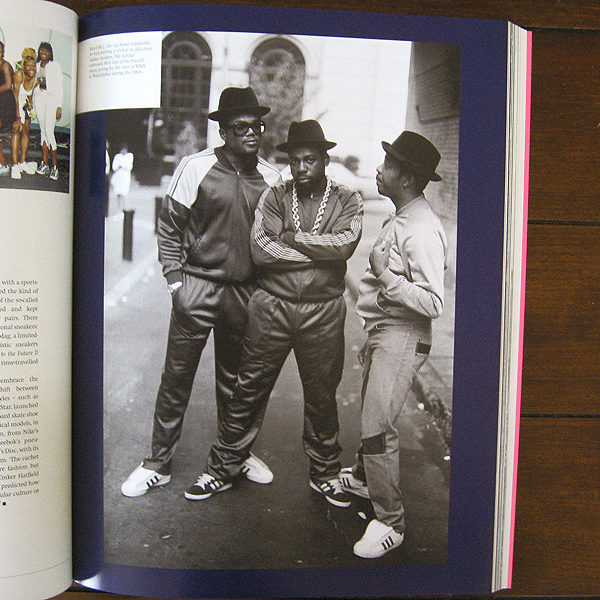 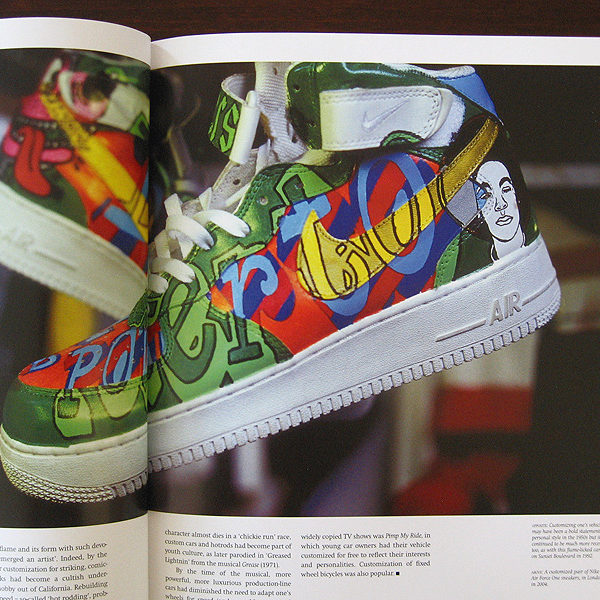 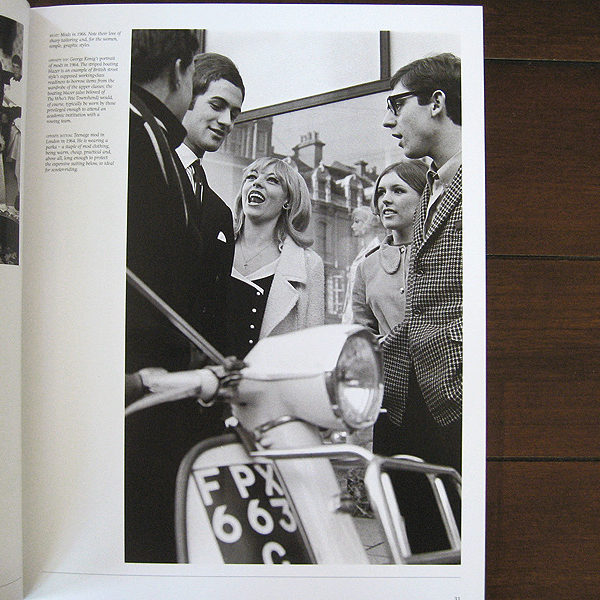 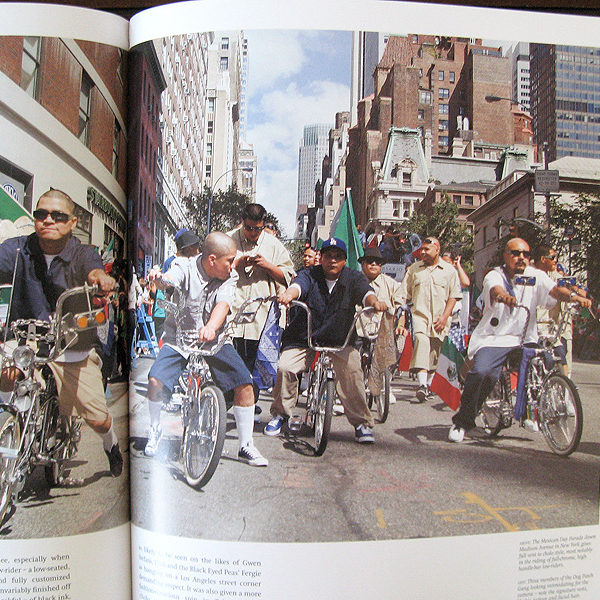 People who love traditional clothing sometimes deride streetwear for being silly and faddish, but streetwear is never just about clothes. It’s about culture (which often changes). Once you put the clothes in their broader contexts, they become much more understandable and appreciable.

100 Ideas That Changed Street Style is about connecting those cultural bits to streetwear. Each “idea” takes up two pages, and thankfully – unlike many other books on fashion and clothing – has a relatively equal amount of text and images.

Some of these “ideas” aren’t really ideas, but rather streetwear movements themselves. There are sections on skaters, punks, and hip hop youths, none of whom need any introduction. And then there are slightly more obscure scenes, such as the stilyagis of the USSR. These were young men and women, often in their 20s, that were inspired by the dress of American big band, swing, and rock and roll musicians. The men wore zoot-suit style long jackets, brightly colored shirts, thin ties, and pompadour hairstyles. They even adopted Americanized nicknames. Like the French zazou in WWII, these Soviet youths provoked the establishment – not just by upsetting their elders with their dress, but also their government.

The other sections are about ideas. The section on androgyny, for example, gives some brief examples from the late 20th century of when women dressed like men (e.g. the Eurhythmics’ Annie Lennox and Madonna reviving the idea in their stage wear). The book makes an interesting note in saying that these women were not trying to pass as men (like jazz musician Billy Tipton), but rather, they were taking the associations of power and status imbued in male tailoring, and using them to challenge gender stereotypes. Of course, androgyny runs both ways, so I was a little disappointed to see that the matter of male androgyny not be as adequately addressed. The author only notes that male performers such as Boy George, Prince, and David Bowie haven’t had much of an effect on the male wardrobe.

That’s unfortunately the main problem with this book. In trying to cover a hundred ideas, the author Josh Sims has to be brief on each. The section on sneakers, for example, does little more than mention that some people customize their shoes. No mention of how inner city kids used to famously decorate their Air Force 1s with fake Louis Vuitton and Gucci logos – not as an attempt to pass these shoes off as legitimate LV or Gucci items, but rather as a flashy way of declaring individual style. Nike’s Custom ID program – where you can design your own sneaker – in some ways comes out of that inner-city culture.

The book is fun, however, as a casual flip through to see how people have used clothes to carve out identities for themselves. In the past, streetwear was a way for men and women to take clothes not meant for them (or even for fashion) and use them for fashionable purposes. Think of Black youths and Polo Ralph Lauren, or British skinheads (before they became associated with racism) and Fred Perry tennis shirts. Today, streetwear is a multi-billion dollar segment of the fashion industry, and whereas it used to come from the streets, it’s now mostly (and sadly) dictated by fashion designers and million dollar ad campaigns. 100 Ideas That Changed Street Style, even if superficial at times, captures some of those early streetwear movements that feel long gone.