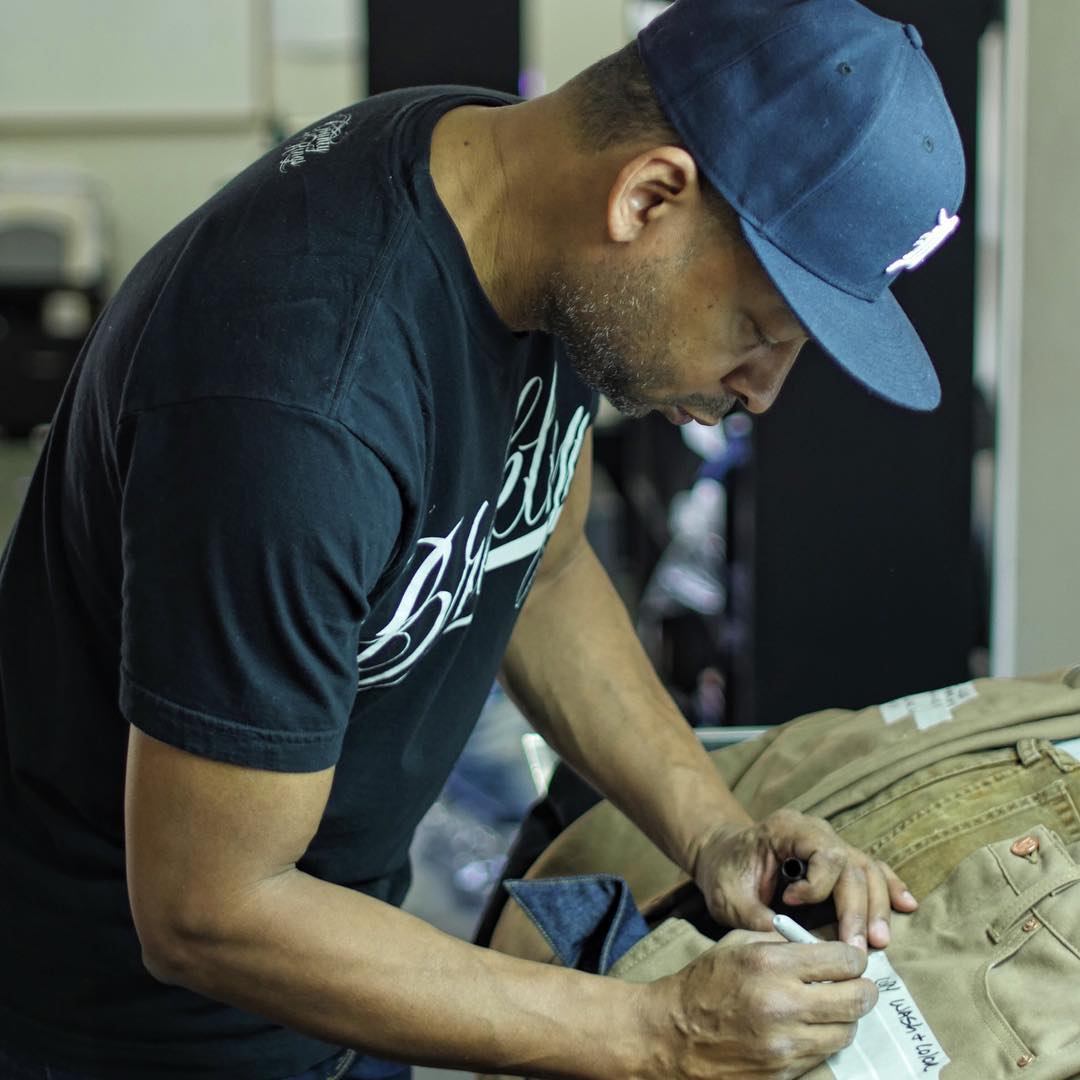 Last month, while confined at home and bored, I Googled “online denim hemming.” At the time, I had a couple of pairs of jeans that had been languishing my closet forever, as I needed to find someone with a Union Special machine so I could get a chainstitch hem (a type of stitching that results in what denim enthusiasts call “roping”). Usually, I send such work to Denim Therapy, but their prices are a bit expensive. I could have also dropped them off at Self Edge, but doing so required taking a trip into San Francisco’s Mission District (and I’m lazy). I wanted something easier — something I could drop off in the mail — so I Googled around.

The first result was a sponsored ad for Williamsburg Garment Company, a small shop in New York City that offered “express chain stitch hemming with same-day or next-day services at prices starting at $15.” Promising, I thought. Poking around the site, I noticed the company was run by someone named Maurice Malone. I admit, my first thought was: “Man, that guy has the same name as the ‘90s designer.”

It turns out, it’s not just someone with the same name; it’s the very person. This is THE Maurice Malone. 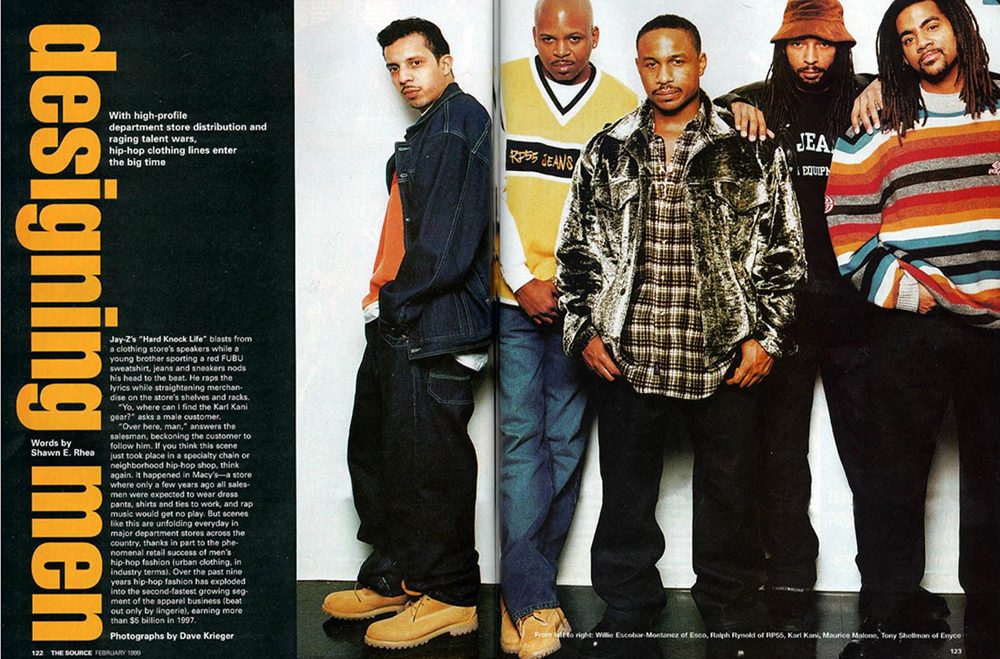 If you grew up in the ‘90s, you’re sure to remember the name. Maurice Malone is a Black pioneer in the “streetwear” market, predating names such as Sean Jean, Fubu, Phat Farm, Mecca, Rocawear, Enyce, and Ecko. Along with Cross Colours and Karl Kani, he helped prove that this market was viable and paved the way for other investors, retailers, and brands. During the ‘90s, his clothes often showed up in The Source, Vibe, and Rap Pages. Stars such as Busta Rhymes and Aaliyah wore his loose-cut jeans and block-printed tops.

Malone is also the owner of The Hip Hop Shop, a legendary retail space that used to hold rap battles every Saturday night. During the ‘90s, many of these cultural spaces popped up in major cities — in Los Angeles, there was The Good Life Cafe; in New York City, it was The Nuyorican Poets Café. All of these places were cauldrons for music, politics, and culture. The Hip Hop Shop was an incubator for a lot of Detroit-based talent, as Eminem, Proof, and Slum Village often came here to hone their skills. The famous rap battle scene at the end of 8 Mile is loosely based on those nights at The Hip Hop Shop.

It turns out, when I did my Google search that night, Malone had just shifted his business. “Before the pandemic, about 80% of our profits came from making custom jeans,” says Israel Giles, the company’s Production Manager. “When the lockdowns first happened last year, we saw a decrease in sales as people became more conservative with their spending. So Maurice thought, ‘how can we shift our business? Everyone has jeans at home they want to refresh or alter without purchasing a new pair.’ So we leaned more heavily into our alterations services. As a result, alterations now account for 70% of our business, moving us from being primarily a custom denim maker to a denim alterations specialist.” The shift not only saved the company in a challenging economic year, it’s also allowed it to grow. Last February, the company moved its operations to Greenpoint, Brooklyn, as it outgrew its old location.

The work here is about as good as you’d expect from a company run by someone who has been in the denim business longer than the internet has been around. I sent in two pairs of jeans to be hemmed — one from Chimala, and another from RRL. The process was straightforward. While the company allows you to specify your inseam measurement, I opted to just mark the jeans where I wanted them to be hemmed. Doing so meant I put the jeans on at home and folded them where I wanted them to be cut (I allowed for an extra 1.5” for a single-folded cuff). I then ironed the jeans so they’d have a sharp crease at the fold and clasped them with a binder clip for extra measure. When you place your order, Williamsburg Garment Company sends you a pre-paid label. I put my jeans in an envelope, dropped them off at a post office, and a week later, I saw my order online marked as “received.” Two weeks later, they arrived back at my door, perfectly hemmed where I specified. My cost was $15 per pair of jeans and then $18 for shipping back and forth (you can use the $18 pre-paid label to send as many pairs of jeans as you want, although you have to order everything at once, as the pre-paid label is connected to your order). 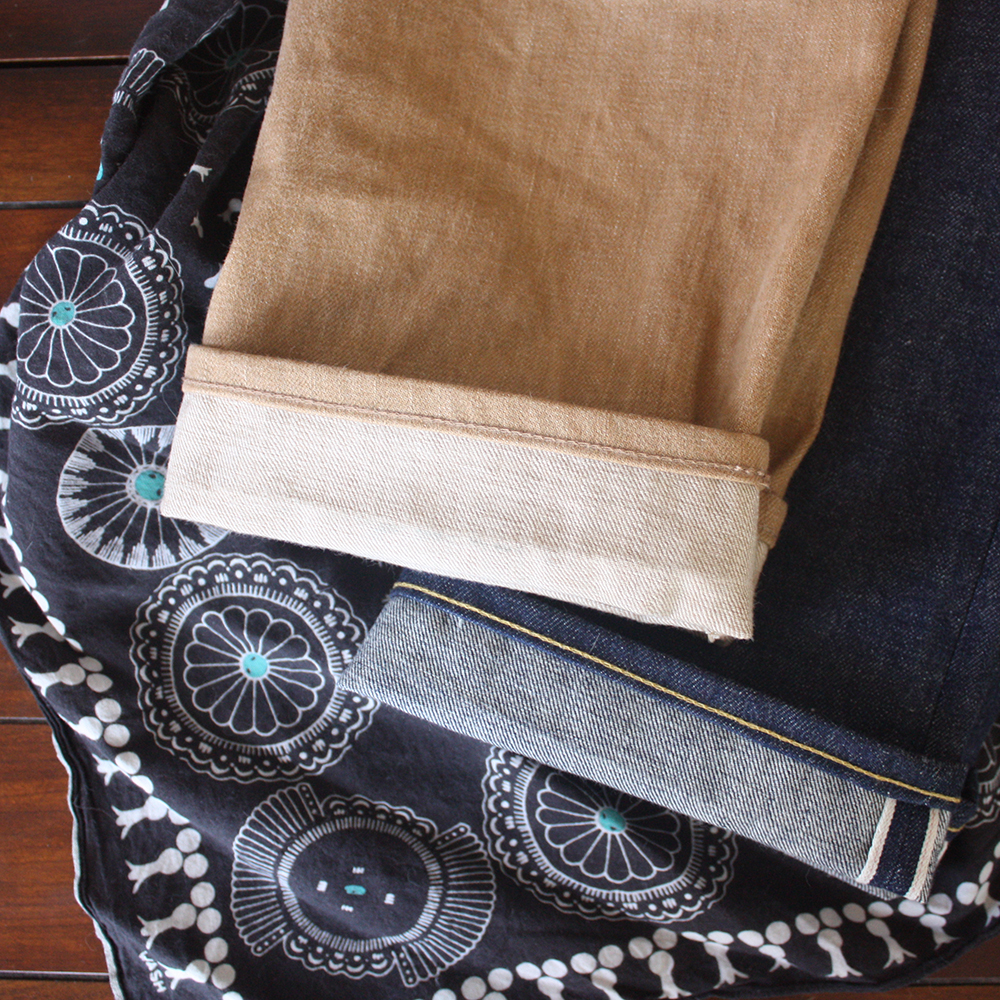 The company offers other services. Naturally, they can repair holes, including crotch blowouts, by darning the material (typical at many of these specialty, high-end denim repair shops). They can fix broken belt loops. And they can do alterations. “Alterations will depend on what you’re trying to do,” says Giles. “You can go down about three inches from the waistband and still have a normal-looking pair of jeans. Anything more than three inches and the back pockets will be too close together. If you’re taking stuff out of the leg, I wouldn’t do more than an inch from the upper thigh. For the most part, you can also hem and taper as much as you want. It’s a case-by-case thing. When ordering, people can just pin things at home and then send them in.”

The company can also alter other types of cotton pants, including chinos. When asked if this meant something like a pair of J. Crew chinos — heftier than silky tuxedo pants, but perhaps not as hefty as repro workwear — Giles says that he’s never come across a pair of chinos they couldn’t work on. “Our machines are set up for heavier fabrics. So while we can’t do your really fine worsted suit pants, we can do any heavier cotton twill.”

If you want to splurge, Williamsburg Garment Company still offers custom-made jeans, which you can order either in person at their new Greenpoint, Brooklyn location or through the internet. “It depends on how well you know your measurements,” Giles says. “Oftentimes, people don’t know their measurements very well, so they send in a reference pair of jeans. We can then take those measurements and apply them to our jeans.” The company has a wide range of fabrics, including Cone denim and duck canvas, and prices start at $250.

If you have pants sitting at home that need to be repaired, altered, or refreshed, consider sending them here. The prices are exceptionally reasonable, the quality of work high, and the process simple. Malone also offers scholarships for young, Black creatives trying to build a career in fashion. There are no age or income requirements for the scholarships. Those interested can apply at the website for Malone’s namesake label.