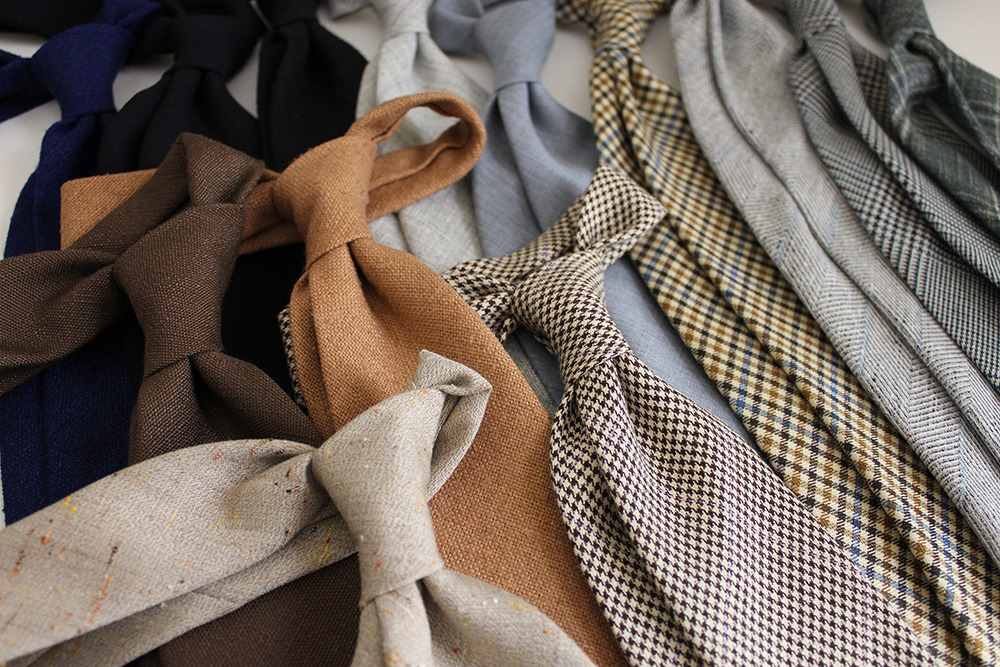 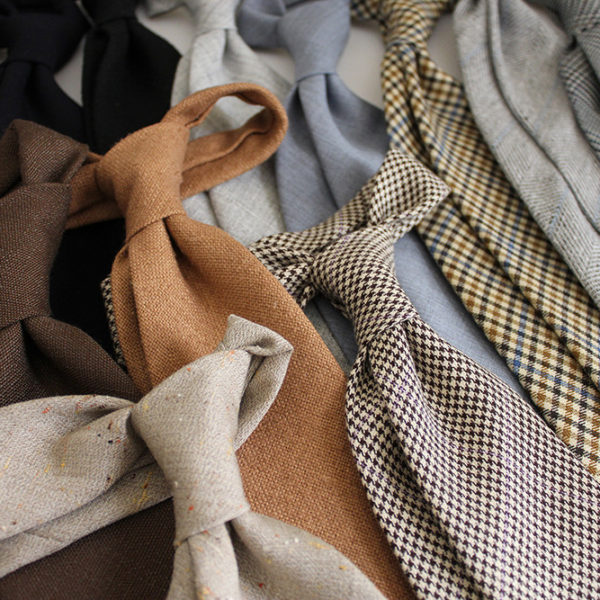 Some good news for fans of Marshall Anthony. The company has returned after a two-year haitus, which the company’s owners took so they could finish a menswear degree at F.I.T. Having graduated, they’ve now relaunched their neckwear line, although instead of making everything in-house, they’re now using a workshop in NYC. Everything is still handmade, however, using just needles and threads. And instead of using wool-blend interlinings, they’ve upgraded to pure wool – which should help these ties relax after a long day’s wear.

The nice thing about the company is that – although these ties are clearly aimed at men who wear tailored clothing for self-expression – all of their neckwear feels classic and tasteful. For summer, they have some solid-colored ties in slubby Matka silks and understated wool crepes, as well as some basic checks that could go well with a navy suit. For this fall, the company tells me they have some wool-Tussah silk “Donegals” that sound very interesting, as well as boldly checked cashmere-blends designed to be worn with tweeds.

Their products are all very nice, although I admit I’m not crazy about how they put their labels on the back of the tail-end of the ties. This can cause the tail to catch in the knot if you take your tie off by sliding the tail through (rather than just reversing the knot – which is what you’re supposed to do, but many of us are lazy). One easy solution: take a seam ripper and just remove the label.

For next year, Marshall Anthony plans to make shirts, pants, and even tailored jackets. Certainly a brand to keep an eye on.