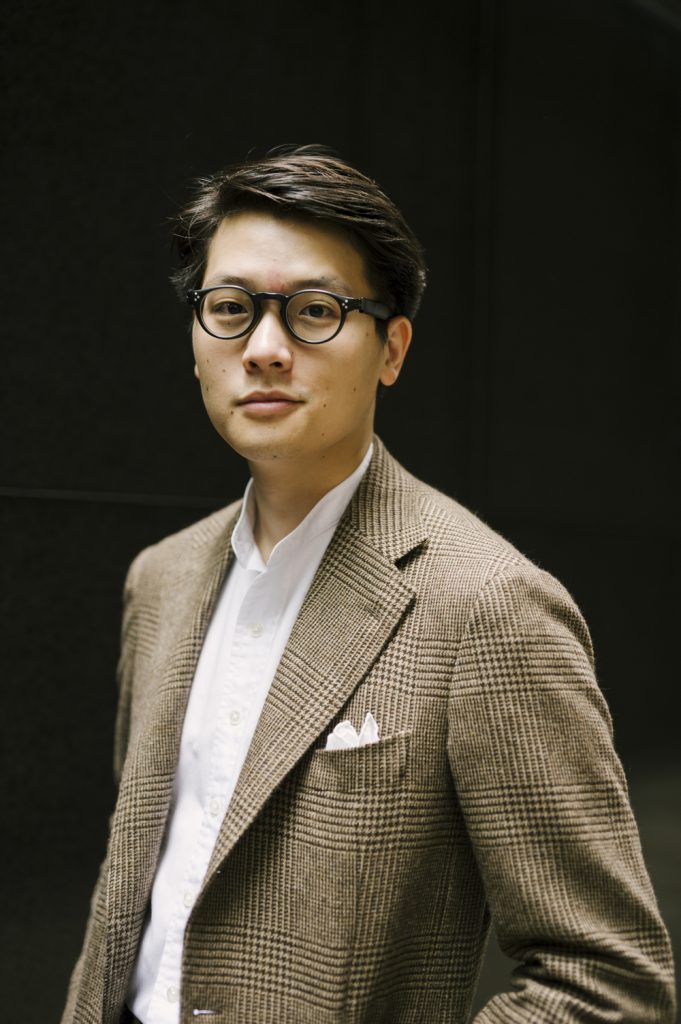 When Mark Cho opened his first store in Hong Kong, he wanted it to look like a “library you can drink in.” So he worked with a middle-school classmate to create a space full of warm-looking walnut woods, brass trims, and black furnishings sitting next to steel. The idea was to create a store that would age and patina over time, much like the clothes he sells. “I didn’t want to have a traditional retail environment,” he once told The Monocle. “I think many retail environments are designed so you go in and feel a little pressured, but everything is beautiful. It’s almost like a museum. But there’s not much to encourage you to dwell and hang around. It’s a showcase; you do your thing, and you get out. For me, the standard should be: ‘would you be happy to stand in the store and just chat for an hour?'”

As a business, The Armoury has always been about nurturing relationships with customers and artisans. This is one of the reasons why the store derives most of its sales from its brick-and-mortar locations. Customers enjoy coming in, hanging out, and learning about a product. But with the coronavirus pandemic, foot-traffic in Hong Kong is at an all-time low, and The Armoury’s two NYC locations are shut down. So a couple of weeks ago, Mark bought his company’s in-store experience online. He’s now making videos on Instagram, where he takes viewers through some of his favorite products and discusses how people can create successful outfits. He also goes in-depth on topics such as mechanical watches, electronics, and photography. In some ways, it feels like you’re hanging out at The Armoury, minus the drinks.

Despite running some of the more influential social media channels in the tailored clothing space, Mark is not very enthusiastic about salesmanship. In one of his recently posted Instagram videos, he even apologizes for making what some might deem to be a sales pitch. But this is also one of the reasons why many have gravitated towards his channel. Mark often talks about things from an enthusiast’s point of view, and you get the impression that he stocks his stores simply with things he loves. He also has an excellent eye for design. I remember talking to him a few years ago over the phone, as he enthusiastically went over some of the details that went into his new in-house line of shoes. The shoebox features a specially commissioned illustration from menswear favorite Mr. Slowboy. Mark also debated the exact angles that went into the soft, chiseled shape of his oxfords. The idea was to create something that would be reminiscent of mid-century racecars, with a low-slung silhouette and sweeping lines blowing back towards the shoe’s quarters. I remember thinking: “only Mark would make the connection between racecars and black oxfords.”

For all these reasons, Mark’s new IGTV channel has become one of my favorite things online. While he’s often talking about things in his store, you never feel like you’re being pitched to buy something. Instead, it just feels like someone is talking about something they love. Sometimes Mark walks viewers through his outfit for the day. Sometimes he’s talking about design details you may have never considered (ever wonder about the difference between long and short vamp tassel loafers, or the shape of tote bags? I don’t think I’ll ever look at either of those things the same again). And whereas Luca Rubinacci, my other favorite Instagram personality, opens all his videos with a very warm and boisterous “HELLOOO EVERYONE!,” Mark is much more subdued in a calming ASMR way. Regarding the videos where Mark shows how you can put together a successful outfit, photographer Christopher Fenimore amusingly said of them: “This is just like watching Bob Ross paint.” I recently spoke with Mark about his new IGTV channel.

What inspired you to start making videos?

I’ve wanted to do videos for a while, but have always been hesitant. The gimbal that we use for the videos has been sitting in the office virtually unused for a year. I didn’t really know where to start and was worried about how it would look. I was anxious if it would send the wrong message. Since COVID came and business has been significantly down, I decided I had to take the risk, just shoot whatever, and see what sticks. I am used to dealing with customers, and I really miss having that interaction as often as before. So I just treated the videos as if I were taking care of a customer in the store. I also believe that our style in making and presenting these videos can and should be a little more low-fi and approachable given the subject matter.

We have done videos before; they’re on the Armoury YouTube channel. The production values are higher, and they’re much nicer videos, but they cost a lot to make both financially and time-wise.

I’ve seen you do off-topic related posts on Instagram before, where you talk about your other interests, such as watches, photography, and electronics. Watches seem like a natural extension from an interest in clothing, but the other two feel like they’re far from this field. How long have you been interested in photography and electronics?

I’ve enjoyed playing with electronics since I was extremely young. There was a time in my life when I thought I would end up in computer science or engineering. I’m sort of relieved I didn’t go that way, I don’t think I’d be very good at either. Photography was something I picked up in university, having been introduced to it by a good friend and then taking some classes for it, too. The classes were not just useful for technical ability; it also introduced me to a lot of other photographers’ work and how to appreciate photography. Eventually, when I could afford it, I started to collect photography as well.

On my website, markcho.com, there’s a separate section called Mike Chow Reports. The name comes from a nickname my friend gave me in high school, so I use it as my pen name for when I write about tech stuff. The writing is pretty nerdy, and a lot of it is about how to fix certain software or hardware issues that might come up. I wanted these things I figured out by trial and error to be available for other people’s reference.

Do you have any plans for other types of videos?

Yes, I plan to cover all the various things I like since all this stuff goes on my personal IGTV and not the company one. I want to distinguish between what I think I have a reasonable knowledge of (i.e., clothing-related topics), and what I have an amateur appreciation of (i.e., keyboards, photography, electronics, books, etc.). With clothing topics, I feel qualified now to give some advice, although there are still many more things I’d like to know. The things that I am amateur at are things I enjoy discussing with people; I’m out there to learn just like everyone else.

Have there been any unique challenges when shooting videos?

As a rule, I don’t edit, and I try not to focus on perfection. All the videos with just me in them are shot in two or three takes, and we pick the one we like best, which is usually the last one. One problem is, for instance: I’d like to show a few different outfits on me and talk through the details. But I don’t want to stop the camera, change clothes, start shooting again, and then merge the multiple shorter clips. I think we will eventually need to start doing some editing, but I’d like to keep it in this raw, off-the-cuff state for as long as possible.

I’ve been really happy with the response. People like the videos; they are buying things; they are showing me exciting stuff. Through a follower’s suggestion, I found a great YouTube channel on keyboards. I try to respond to all the comments, but it is starting to take up a lot of time. On a good post, I might get 50 comments, so it takes a while to answer them all. I do appreciate that people are reaching out, though.

Many thanks to Mark for taking the time to chat with me. Readers can check out Mark’s videos on his IGTV channel and The Armoury’s YouTube channel. I’ve embedded some of my favorite clips below. Mark also recently appeared on Watchbox’s YouTube channel, where he talks about some of his favorite watches and how he’s approached collecting over the years. The interview is broken into two parts and very much worth a view.