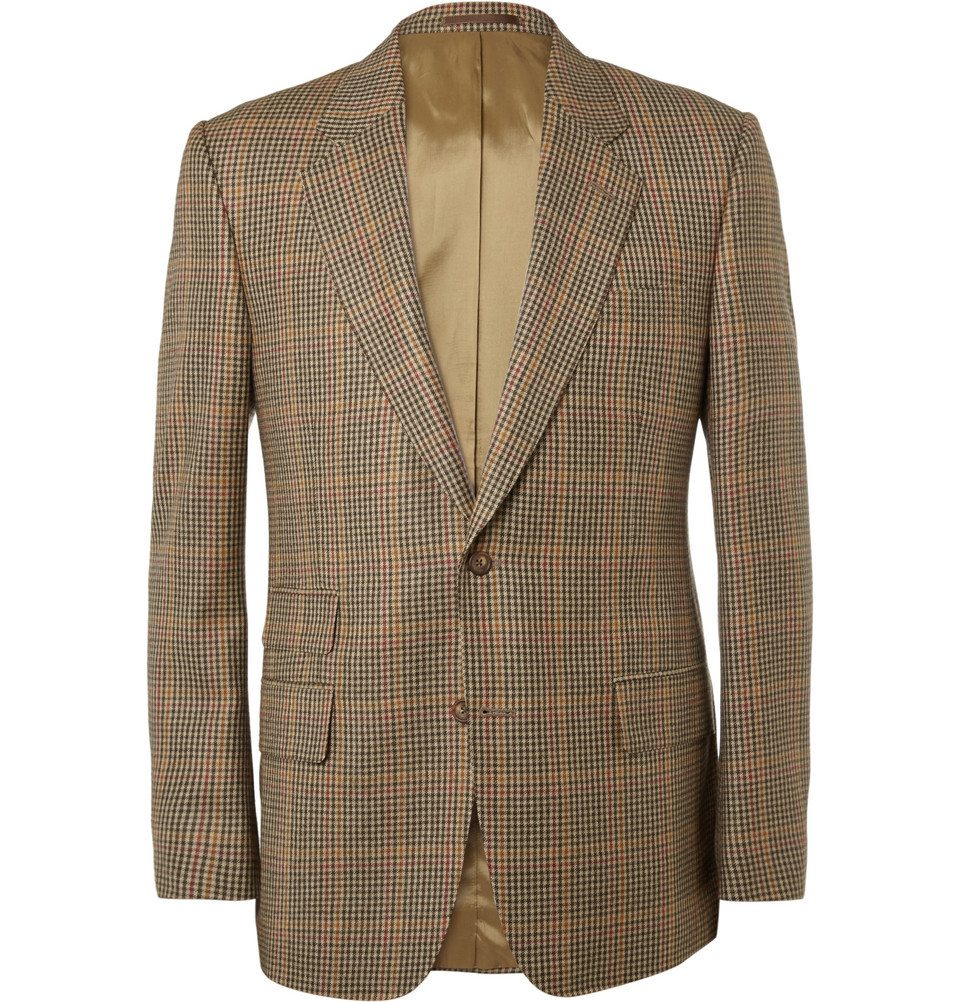 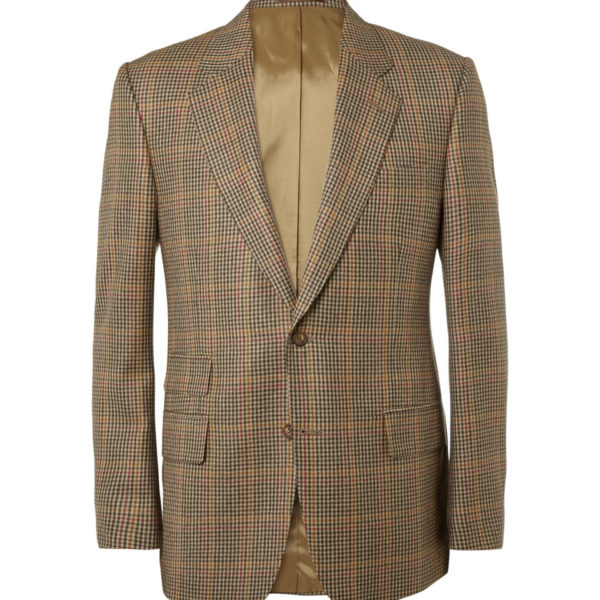 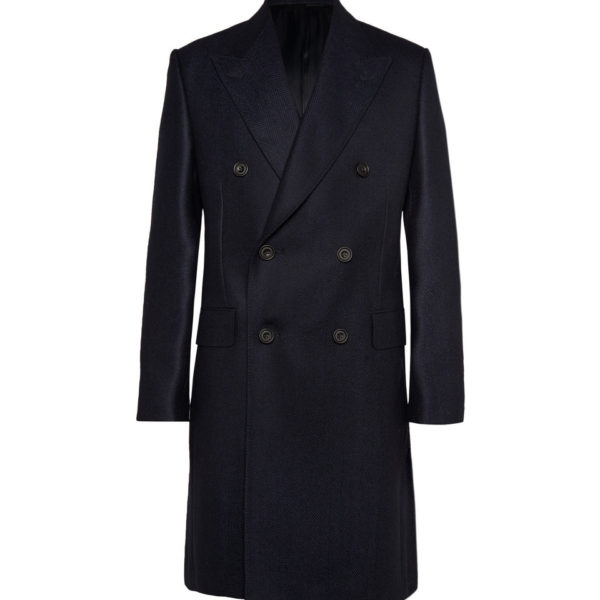 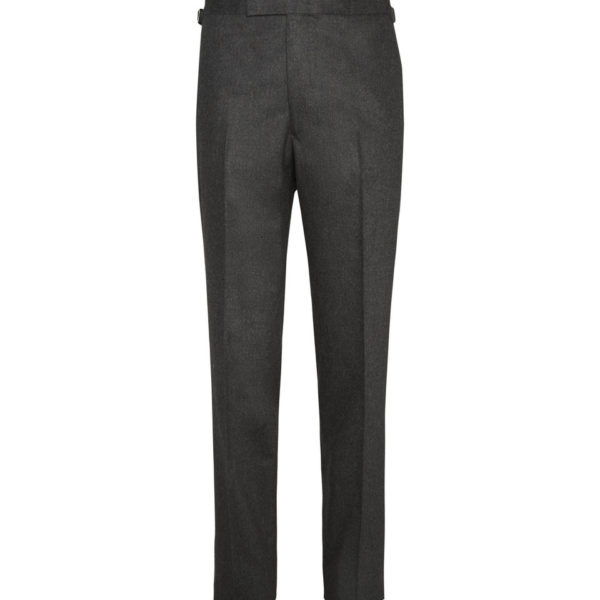 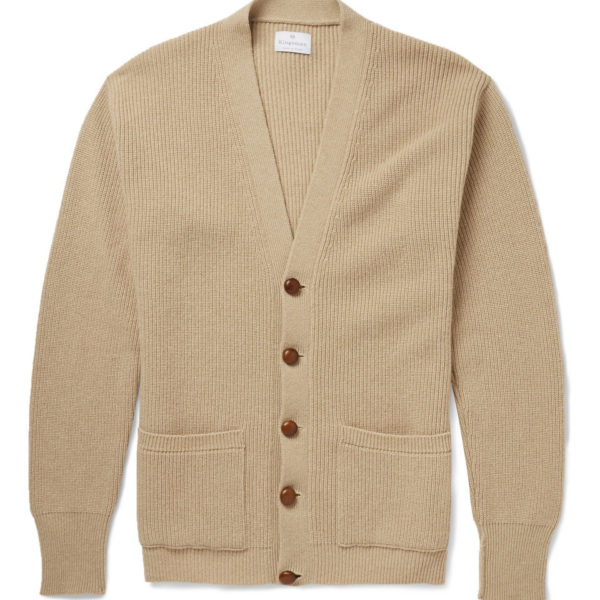 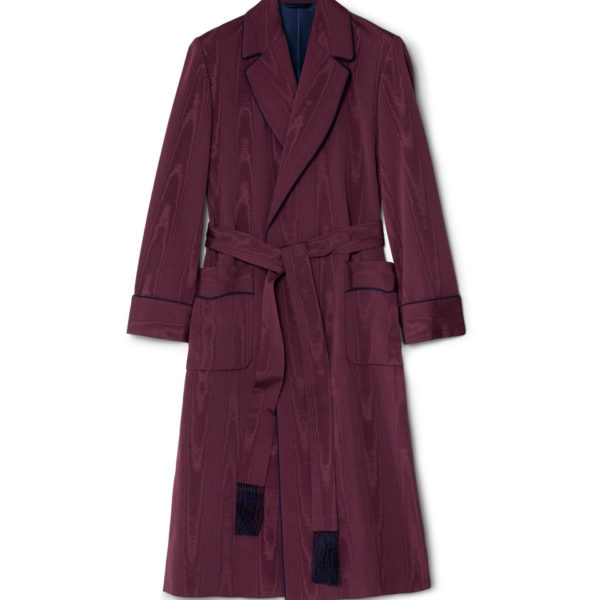 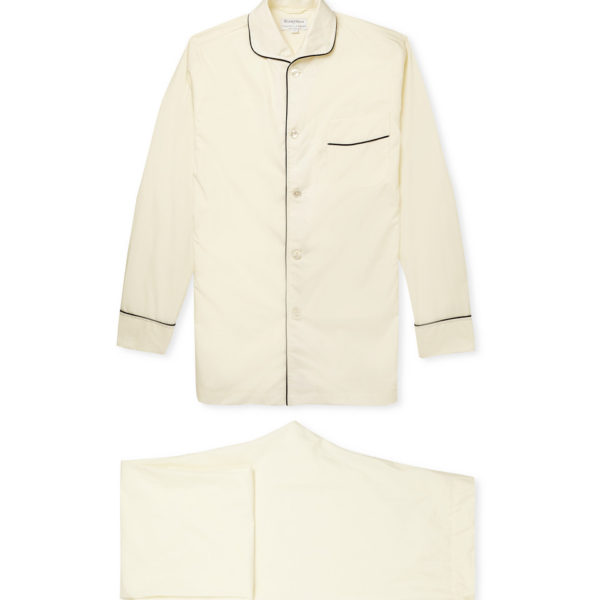 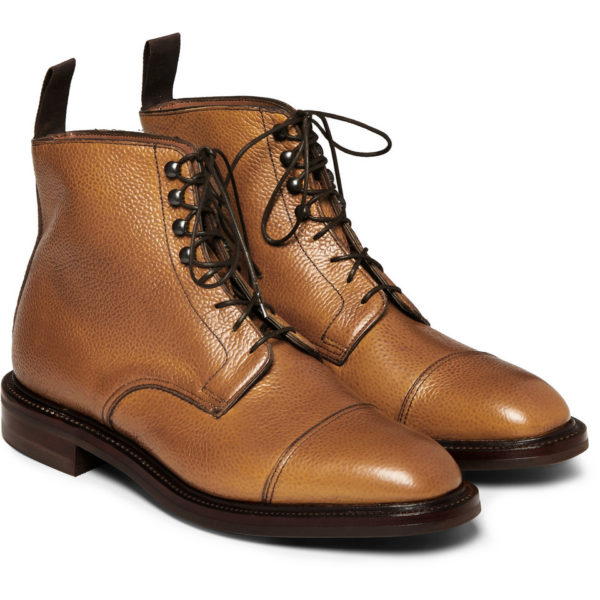 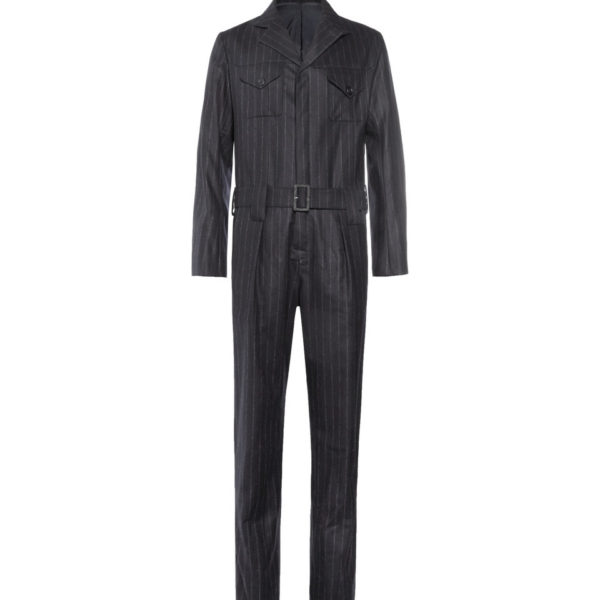 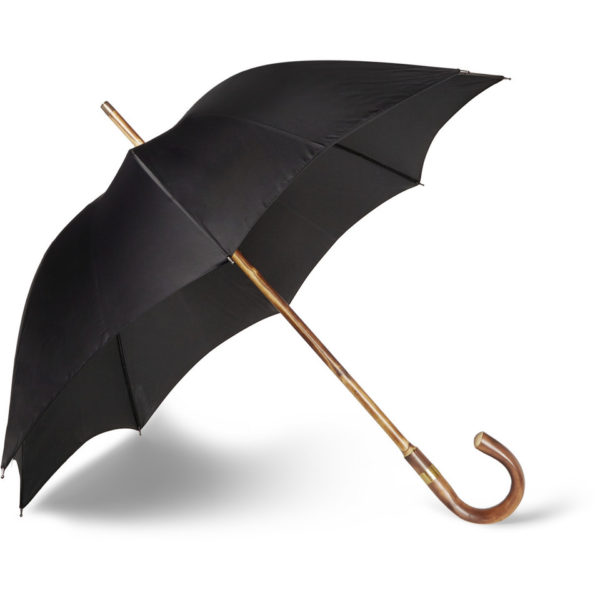 If you’ve been to Mr. Porter in the last few weeks, you’ve probably seen the new Kingsman collection – the special collaboration line between Mr. Porter, the Kingsman producers, and a roster of impressive British clothing labels. The 60-piece collection contains everything you can imagine in a British gentleman’s wardrobe. There are basics, such as suits, shoes, and dress shirts, as well as more unusual items, such as dressing gowns, smoking jackets, and leather-trimmed, cashmere slippers. There’s even a siren suit, which was originally designed in the mid-20th century for wear in air raid shelters. The Kingsman version is priced at $1,600, which we’ll assume is Cheetos money if you actually own an air raid shelter.

This line is the first of its kind, making Kingsman the first film where you can buy every outfit you see in the movie. In fact, this project has been in works since day one of the film’s production. In a recent promo video, the film’s costume designer talks about how they designed the actors’ clothes with the intention of being able to market them later (the film’s original title, The Secret Service, was even changed to Kingsman: The Secret Service after the second was deemed more marketable as a clothing label).

We’ve seen similar collaborations in the past. In recent years, Mad Men did something with Banana Republic, while Gatsby had something with Brooks Brothers. At the same time, nothing has been to this scale. Large-scale merchandising campaigns have traditionally been aimed at younger audiences, but this one uniquely targets an older and wealthier crowd. Greg Lellouche, founder of No Man Walks Alone, said “it’s like they took lessons from Star Wars and Teenage Mutant Ninja Turtles, and applied them to grown men.”

This sort of merchandising is pretty remarkable when you compare it to Old Hollywood. In the ‘30s and ‘40s, leading men typically wore their own clothes in films unless they needed something other than contemporary dress. Think: Cary Grant, Gary Cooper, Fred Astaire, Rex Harrison, and Bing Crosby. The things you saw them wear in films were likely things they just had at home. Our friend Bruce Boyer tells us that Hollywood stars had an effect on fashion, but only in a vague and general way (since nobody knew what labels were stitched inside those clothes).

“Most audiences wouldn’t know where the stars got their clothes,” Bruce says, “because most people didn’t travel in those lofty circles. Some actors would participate in advertising promotion, but that was no indication of anything in the actor’s own closet. At most, the audience would recognize the genre: they would know that Sean Connery was Savile Row tailored, that Sinatra in the ‘60s was wearing Ivy clothes, and that Mastroianni was Italian all the way. But the firms themselves never traded on the publicity and they never spoke about their customers.” So, when Mastroianni championed Italian style, he popularized a certain Italian look, rather than a specific Italian label.

That started to change, Bruce says, in the ‘70s, when consumers and Hollywood actors started to lean more and more on big fashion names, such as Armani and Ralph Lauren. Soon, it became very clear who was dressing who, both on and off screen (think of Richard Gere famously wearing Armani in American Gigolo, or the common question of “who are you wearing” at big events). Now, we have Kingsman, where you can buy exactly what the actors are wearing, and the film’s producers get a cut.

Keith Phipps, founder of The Dissolve, says this is part of a bigger trend. “Films are expensive now,” Keith notes. “So directors try to create revenue streams where they can. It was in the ‘80s when you start to see product placements become more conspicuous, but in recent years, it’s gotten pretty over-the-top. In the last Terminator, they put a 7-11 in a post-apocalyptic wasteland. You know things are serious when you see products in a universe where there shouldn’t be any products at all.”

Who knows how long it’ll be before someone makes a film about a shoemaker, where you can not only buy all the shoes you see in the movie, but also watch what’s essentially just a 90-minute-long heritage-marketing video.