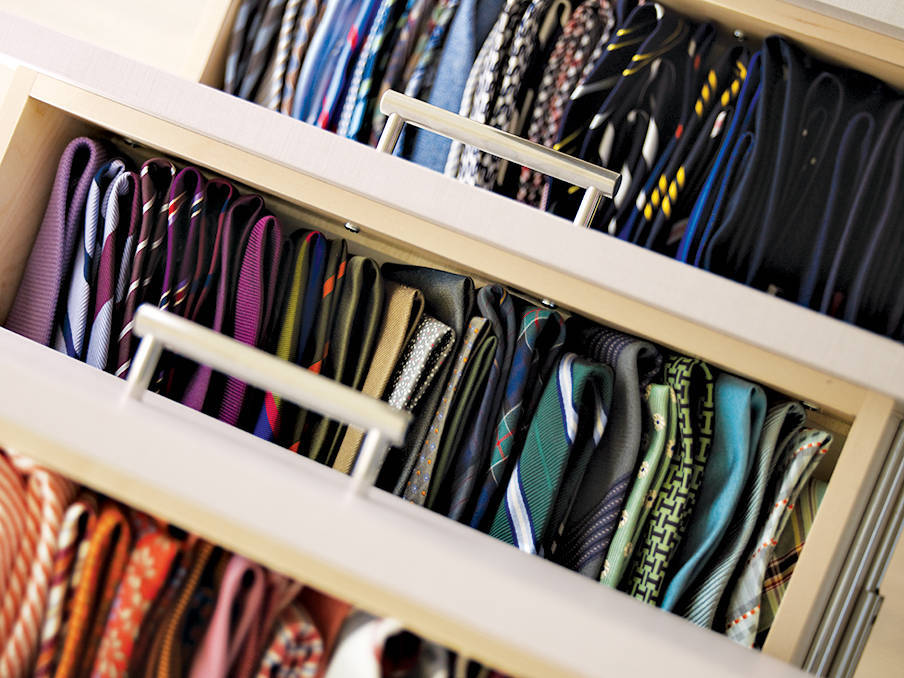 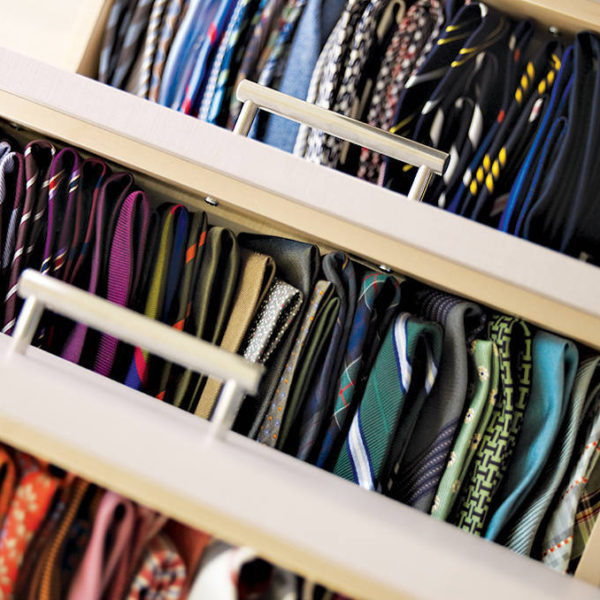 Beware of getting side tracked by too many small purchases. They can be like Sirens. Ties are perhaps the best example. It’s fairly easy to come across a good deal on a tie, and many can feel hard to pass up. Twenty-five dollars here, forty dollars there, and before you know it, you have a massive collection of ties, most of which you probably never even wear.

It’s easy to end up with too many ties, but how many should you own? Sydney D. Barney, author of Clothes and the Man, recommended that a company president have at least forty-eight, an established professional at least twenty-four, and a young bachelor at least thirty-six. This was written in 1951. The estimation for a young bachelor might be a bit high for today’s time, but I think the rule of thumb still roughly applies for all the others.

Another way to think about this is to make sure that every combination of suit, sport coat and shirt that you own has a properly matching tie. Solid blue or grey suits, along with solid blue or white shirts, can carry almost any tie. It’s only the with the less staid suits and shirts that you should worry about – the bright solids, multi-coloreds, bold stripes, and checkered. As François Chaille wrote in The Little Book of Ties, “if you have ten shirts and two less conventional suits or jackets, the minimum number for a proper match would be twelve." I would actually say that the minimum number be about twenty, as that would be the combination of shirts to suits or jackets.

So, in short, I recommend that you start by building a strong foundation of basics. If you have white or blue shirts, and blue or grey suits or jackets, then begin by having at least a dozen basic ties if you don’t plan to wear them often, and two dozen if you do. This foundation should include solid colored grenadines, silk knits, repp stripes, pin or polka dots, ancient madders, and a few wool and linen ties for good seasonal measure. After that, figure how many "non-traditional” shirts, suits, and sport coats you have, and make sure you have at least two or three matching ties for each combination (including what you can do with your basics). What you want to avoid is being the man who has a hundred ties, but only two suits. If you’re in that position, you don’t need to buy another tie. You should buy a new suit.