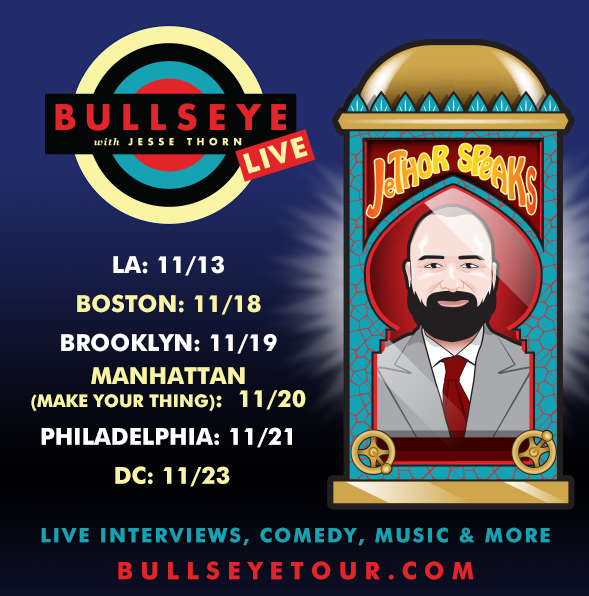 When I’m not running Put This On, I host an NPR show called Bullseye. It’s an arts and culture interview show – Salon once described it as half Fresh Air, half Conan O’Brien.

We’re gearing up for our first-ever World Tour of Select American Cities in November, and tickets just went on sale. We’ll be in LA, Boston, Brooklyn, Manhattan, Philly and DC. Every night is a different show, with interviews, comedy, live music and more. It’s really a blast.

We’ve already got Tavi Gevinson, William H. Macy, Mission of Burma, Chicano Batman, Aparna Nancherla, Hari Kondobolu, Chicano Batman and more booked on the show, and more guests are being announced all the time. Plus, on November 20th, I’m presenting my talk Make Your Thing, about how to make independent media, in New York for the first (and last) time, along with a Q&A hosted by my friend and colleague John Hodgman.

You can grab your tickets right now by going to BullseyeTour.com. You won’t regret it.