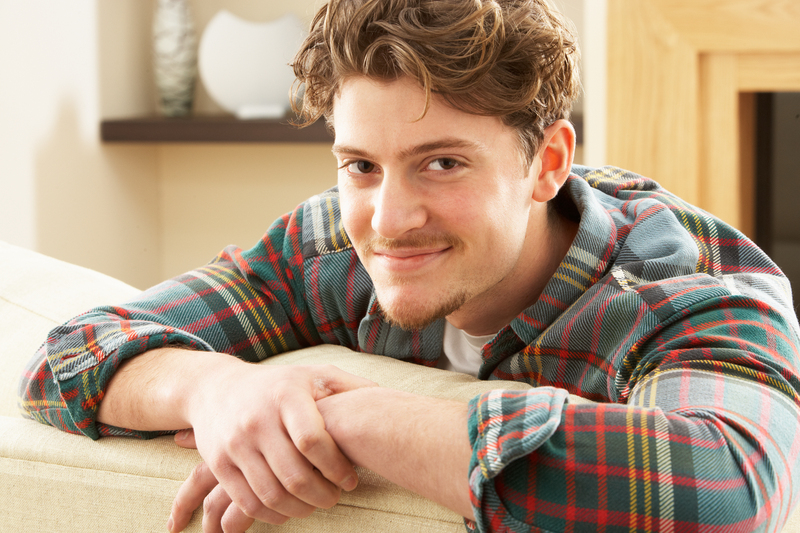 BOSTON, MA — After spending six months at home because of the coronavirus pandemic, Cory Morello, 34, says he’s excited about finally getting back into fall/winter clothes. “Nothing beats autumn in New England,” says a man looking at fall collections like he’s going to be outside. “Summer clothing is great, but there’s just so much more of it in the winter — hats, gloves, scarves, overcoats, parkas, heavy-gauge knitwear, flannels, and serious boots. I love swaddling myself in layers.”

Morello, a man who hasn’t worn pants or shoes since March, spent Wednesday morning poring over Aimé Leon Dore’s new fall/ winter presentation. “For guys who grew up in the ’90s, this whole collection feels like home,” says a man who’s unlikely to ever leave his actual home. “I have been wondering who is going to take my money this fall and I believe I have found it.”

Aimé Leon Dore’s new fall/winter collection, titled “The World’s Borough,” features heavy-duty items such as plaid puffers, prickly tweeds, and patchwork Balmaccan coats. “I’ve wanted a bal coat ever since seeing Yasuto Kamoshita in one. He’s my favorite designer in Japan,” says Morello, an American banned from entering Japan and nearly every other country because of his government’s incompetence. “Balmaccans look so cozy. I can see myself wearing one for holiday parties and haunted hayrides, which are definitely happening this fall.”

“I also really want a chunky fisherman sweater this season,” added Morello, whose pleasant, worry-free countenances and self-assured smile beamed as bright as the morning sun. “From about September onwards, the boys and I get together every Sunday afternoon to watch football at the bar, an activity for which I will most certainly don a cashmere scarf, heavy topcoat, and chunky Aran.”

Morello’s housemates say they find his chirpy positivity to be inspiring. “He often talks about the things he wants to buy this fall/winter — leather gloves, cords in various colors, and a couple of tweed sport coats — even though he wears the same bandana and pair of Patagonia Baggies every day,” says one source. “He often forgets to change his t-shirt and he only showers every other day.”

“I’m debating whether I should get five-pocket cords in dark brown or tan,” Morello said of a choice that literally doesn’t matter.

At press time, Morello was seen sitting on his couch, wearing nothing but his underwear, and looking over the new Barbour x Norse Projects collaboration as though it has any relevance in his future.