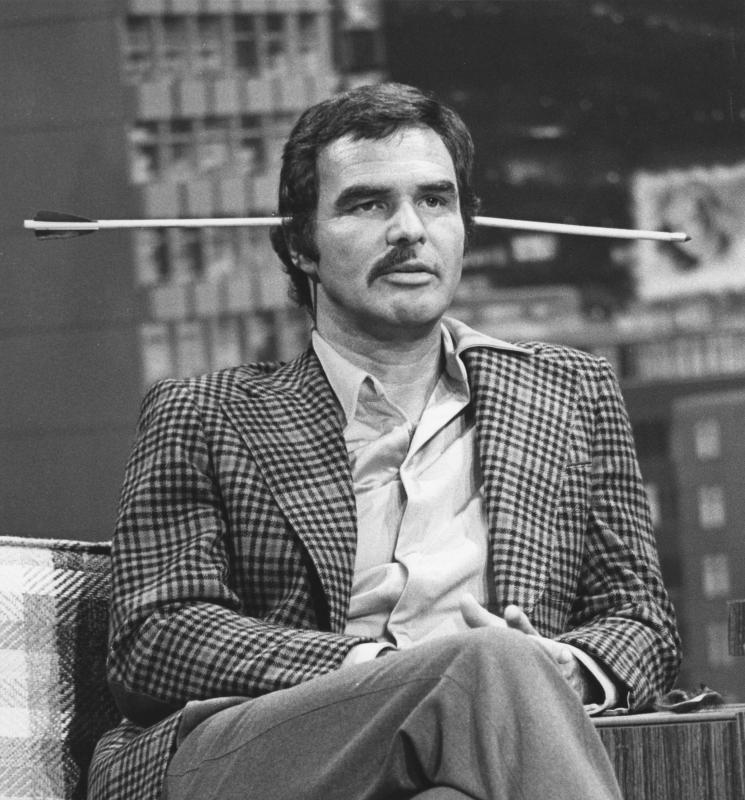 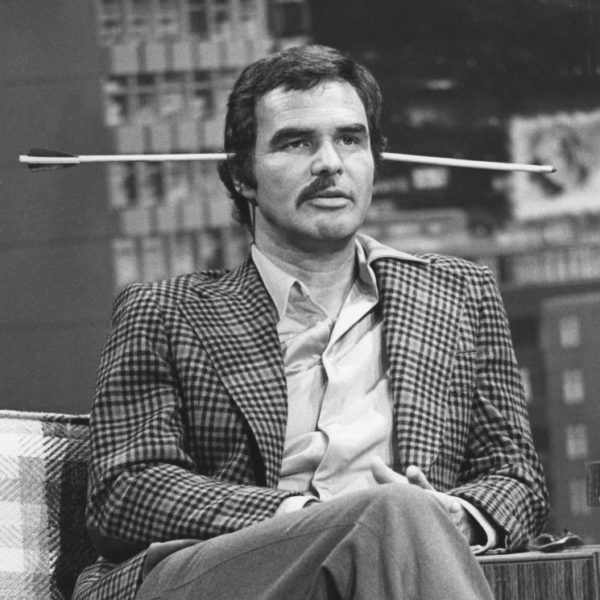 From my pal Hodgman, who has been fighting to save his own mustache from the vicissitudes of the entertainment industry.

“When you dare Burt Reynolds, be prepared for anything. That is what comic Steve Martin found out when he dared the actor to shave off his mustache during the telecast of NBC-TV’s “the Tonight Show Starring Johnny Carson” on September 25, 1978. Martin told Burt: “You’re not a wild and crazy guy are you?” At that Reynolds got a razor from a prop man and began shaving the mustache he had since 1973. He also worse a fake arrow through his head. (UPI Photo/handout/Files)”