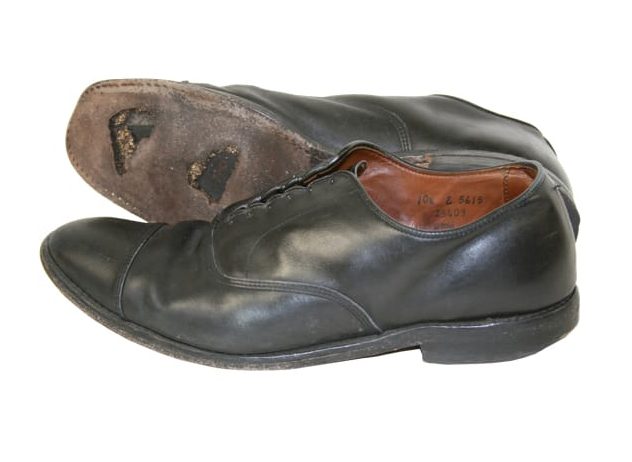 Dress for the job you want, but never dress so well that people wouldn’t feel bad about sticking it to you. So goes the logic of Bill Bone, a Florida attorney who filed a motion in June of 2009 to compel his opposing counsel to wear better shoes. Bone suspected his opposing counsel was wearing ugly shoes as a ruse to impress the jury. Or, as he puts it, “make them believe [he] is humble and simple without sophistication.” A transcript of the filed motion:

This is an action alleging personal injury to Plantiff as a result of a car collision which occurred on December 8, 2002.

It is well known in the legal community that Michael Robb, Esquire wears shoes with holes in the soles when he is in trial.

Upon reasonable belief, Plaintiff believes that Mr. Robb wears these shoes as a ruse to impress the jury and make them believe Mr. Robb is humble and simple without sophistication.

Throughout the discovery of this case, Mr. Robb’s clear strategy has been to attack the credibility of the Plaintiff and his counsel by suggesting the Plaintiff is faking his injuries and exaggerating his claims and demanding more compensation than he deserves because Plaintiff is greedy.

Part of this strategy is to present Mr. Robb and his client as modest individuals who are so frugal that Mr. Robb has to wear shoes with holes in the soles. Mr. Robb is known to stand at sidebar with one foot crossed casually beside the other so that the holes in his shoes are readily apparent to the jury who are intently watching the counsel and the Court at that moment.

Then, during argument and throughout the case,  Mr. Robb throws out statements like “I am just a simple lawyer” with the obvious suggestion that Plaintiff’s counsel and the Plaintiff are not as sincere and down to earth as Mr. Robb.

Mr. Robb should be required to wear shoes without holes in the soles at trial to avoid the unfair prejudice suggested by this conduct.

At press time, I am currently wearing shoes with holes in them, asking my employer for a raise while casually throwing out phrases such as, “I am just a simple blogger.”

I know a very, very successful lawyer who wears a Walmart suit to trial but also very expensive shoes "just to let the jury know I can afford better if I want to." 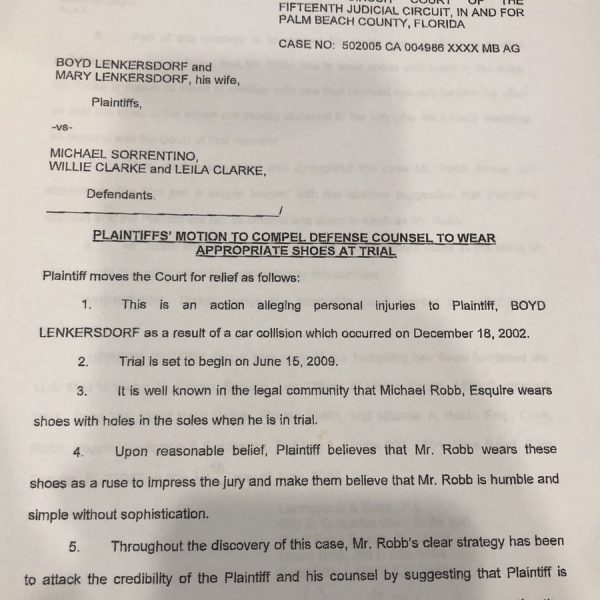 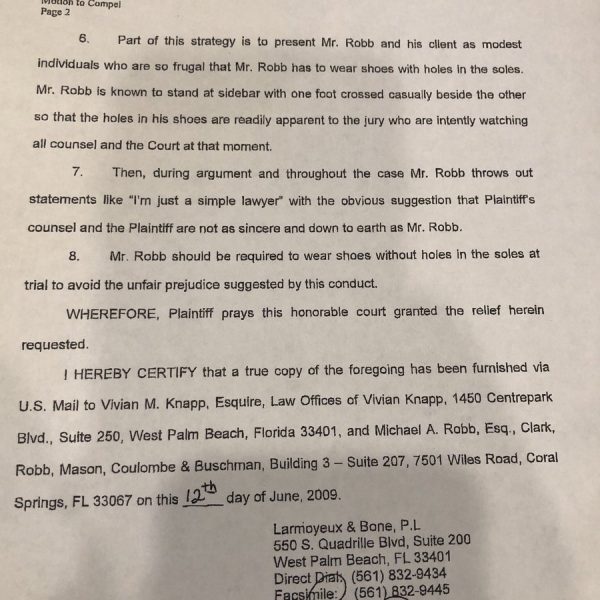