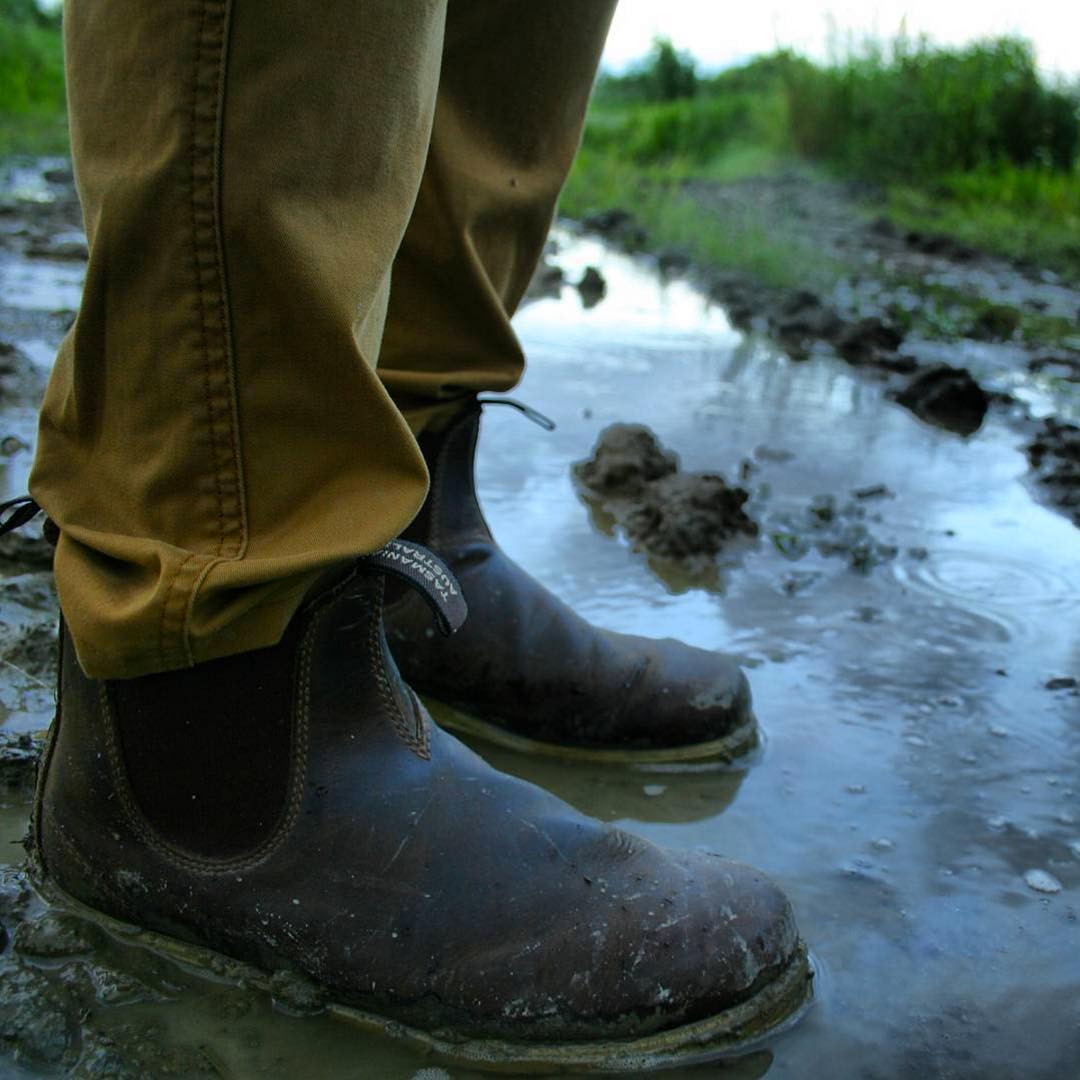 A couple of years ago, I started seeing Blundstones pop up in my Bay Area neighborhood. Superficially, they’re a workwear version of a Chelsea boot. Made with wide elasticated gussets, rugged leathers, and slip-resistant TPU soles, Blundstones were originally a favorite of Australian workers and farmers. Nowadays, however, they’re a style signature of the occupationally hip. From San Francisco to New York City, you can barely make it out of an art gallery or a cafe without seeing pair of them.

Blundstones are unmistakable. In a sea of Chelsea boots, they stand out with their chunky silhouette. There’s little discernable shaping from the toe box to the shaft, which makes them like the bulbous shoes you see in cartoons. In certain contexts, however, that silhouette can also be very stylish. When I first spotted them in the Bay Area, they were mostly worn by certain women — often those sporting their version of workwear or boho-chic. Think of French coats layered over Shaker sweaters. Or the bohemian-hippie style that peaked in the early aughts, but has since resurfaced in various guises (e.g., a revival of Zooey Deschanel’s thrifted look, Diane Keaton as Annie Hall, or the remixing of ’80s sportswear with folk influences).

In recent years, Blundstones have also seeped into menswear — and for good reasons. Like a lot of workwear, the style’s utilitarian roots allow them to communicate something specific. Throughout the 20th century, blue-collar workers are often depicted as standing opposed to what Upton Sinclair once described as the “sniveling scriveners of white-collar middle-management.” Factory workers, farmers, and outdoorsmen are seen as unaffected in manner, simple in ambition, and dependable in work. Their clothes then get wrapped up in this romanticization, which is why so many city-dwellers adopt the same uniform. As an outback shoe, Blundstones have a lot of that same credibility and appeal. 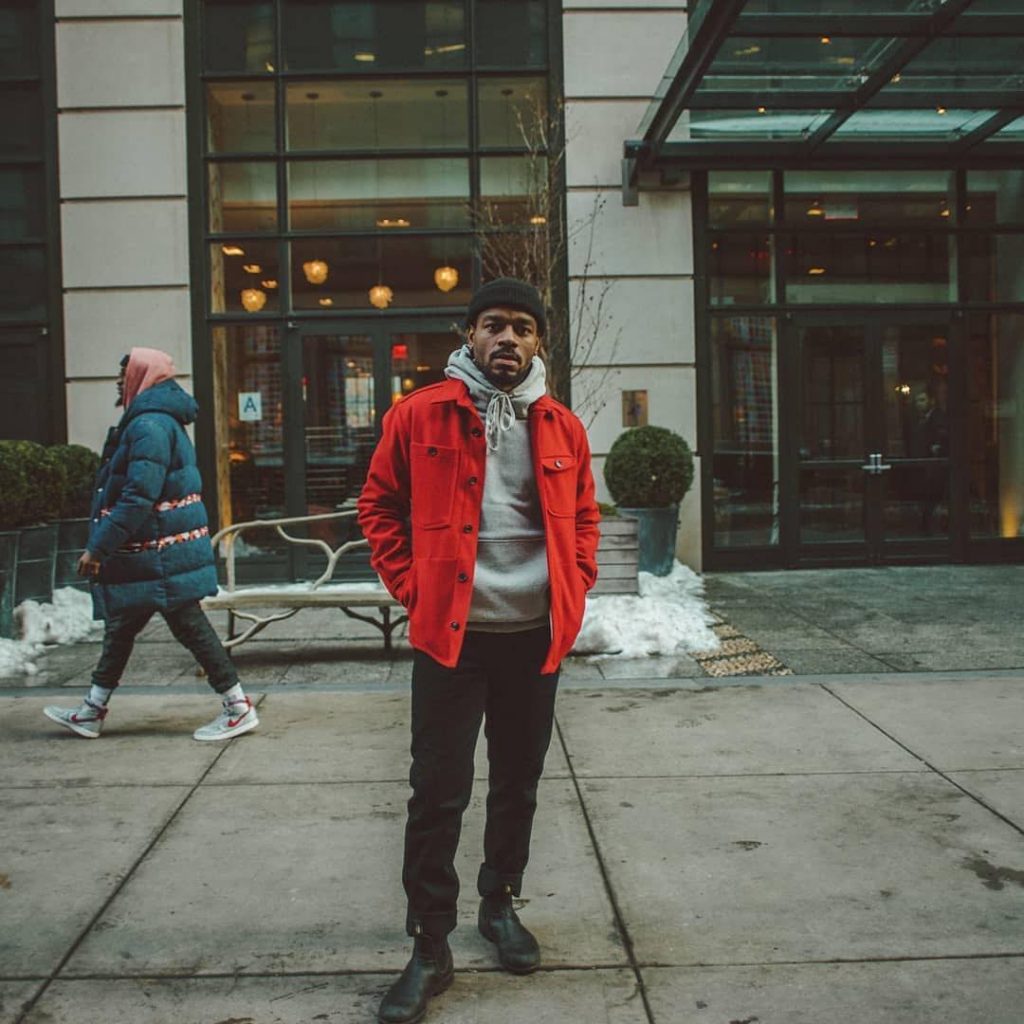 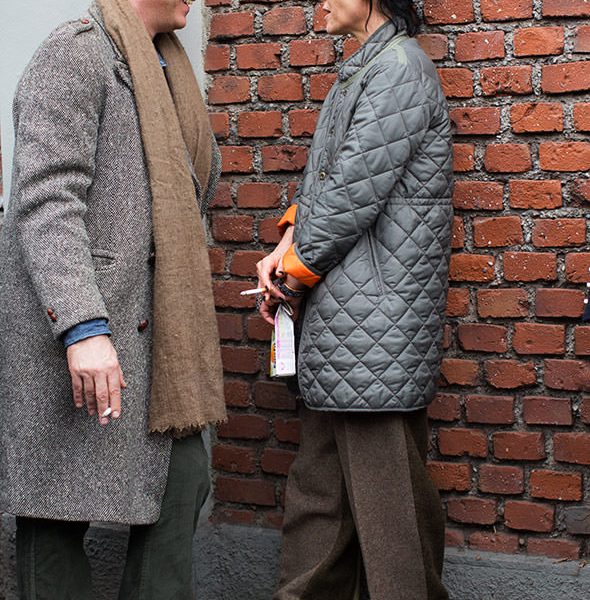 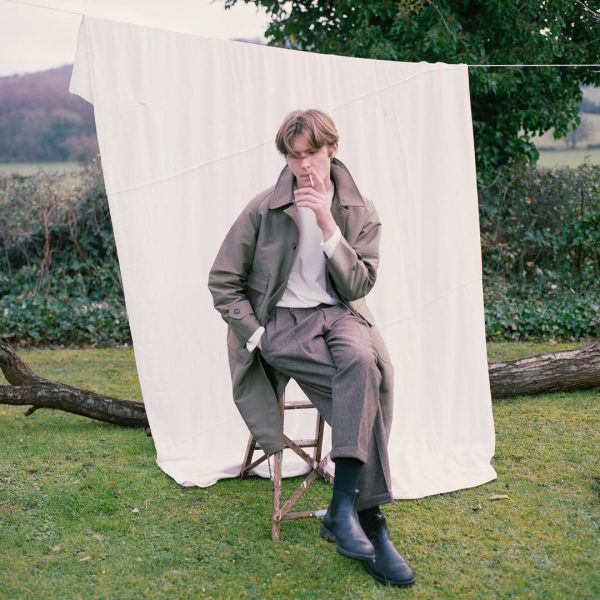 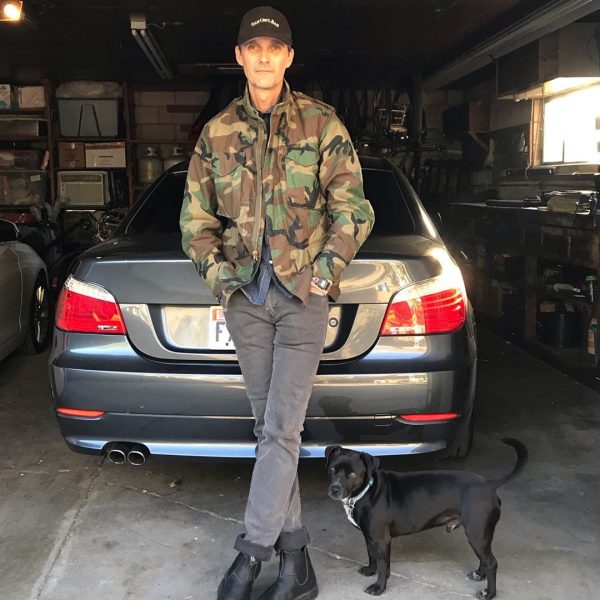 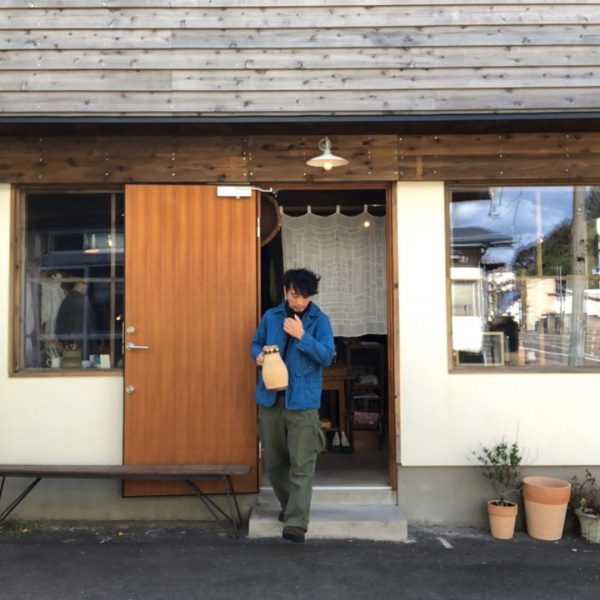 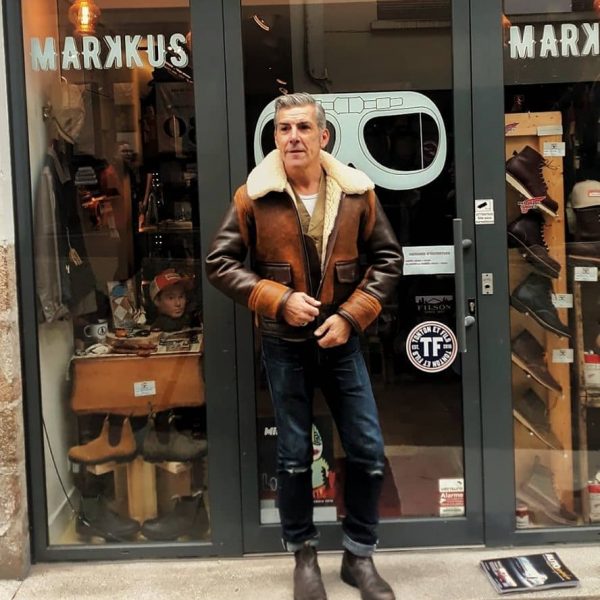 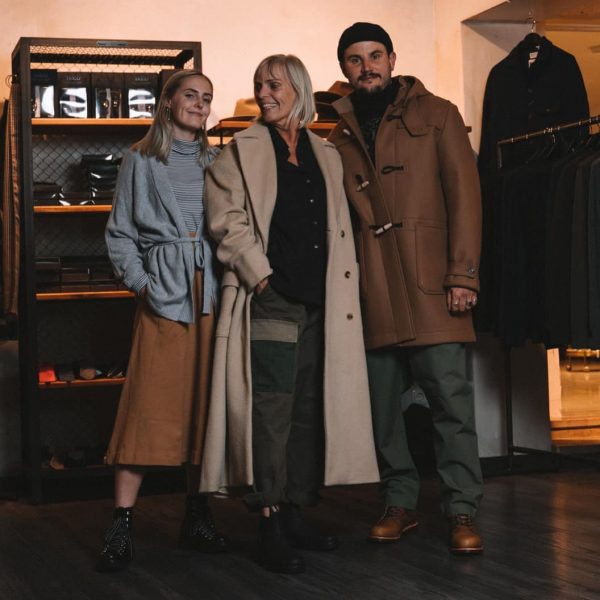 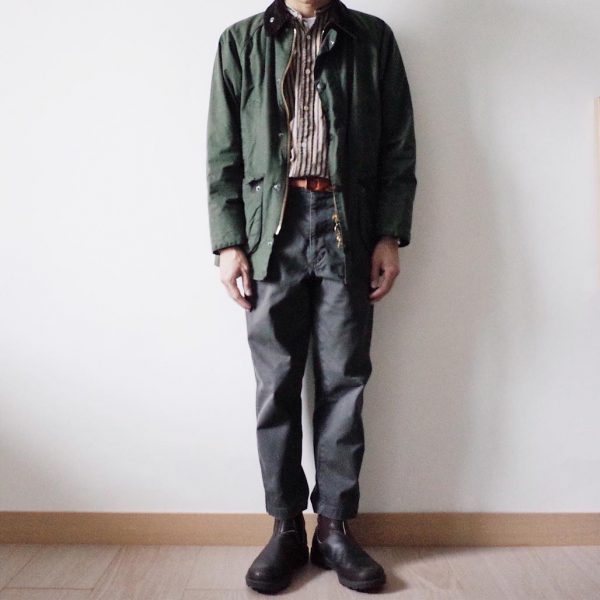 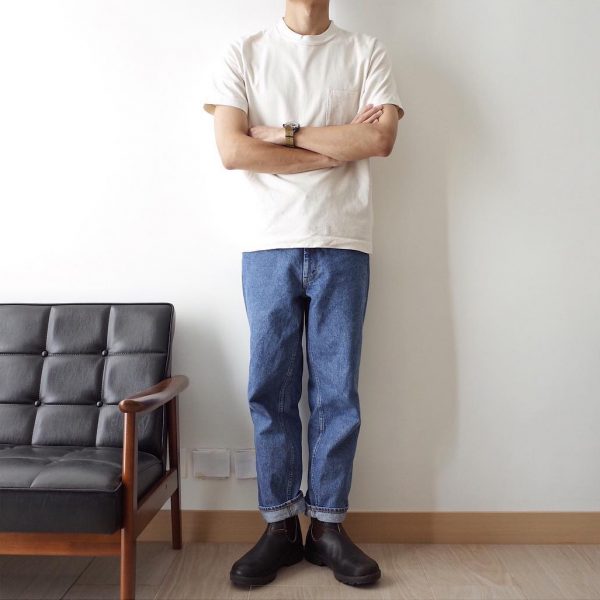 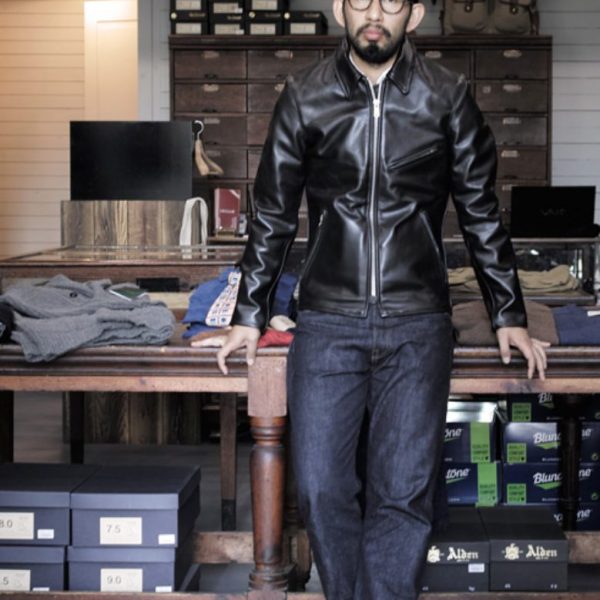 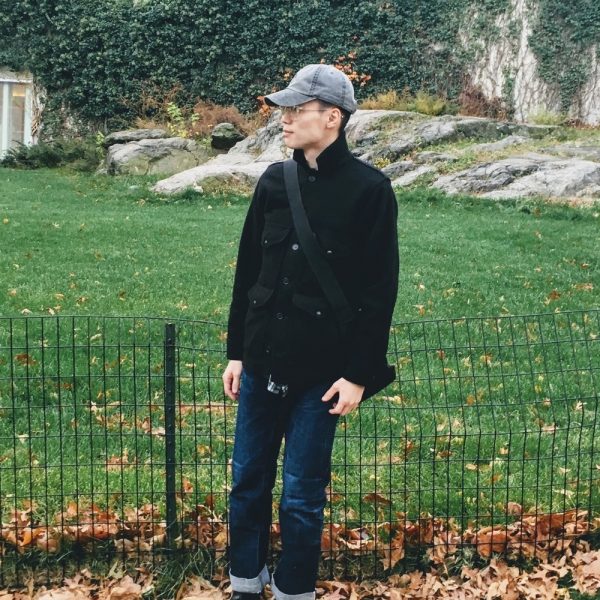 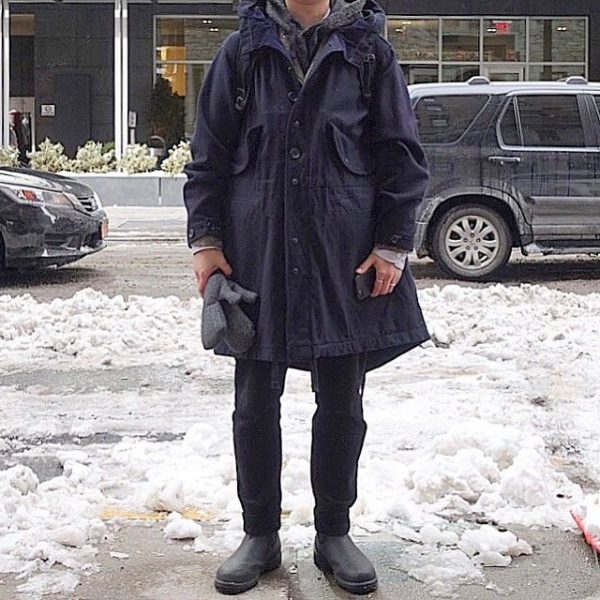 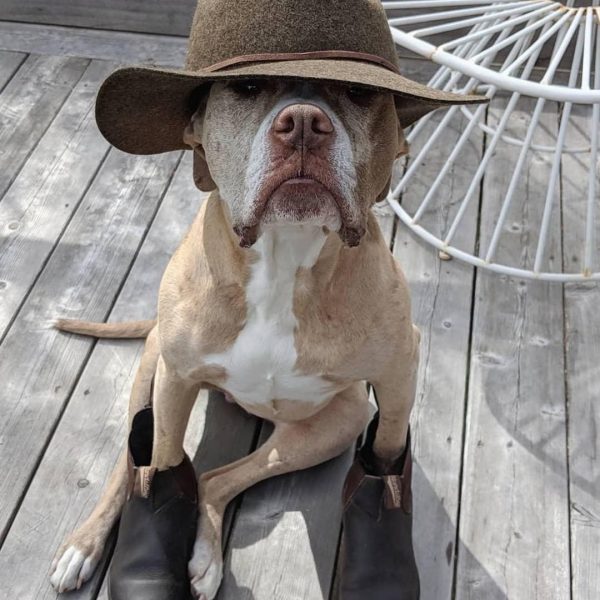 Sebastian Tarek, a London-based bespoke shoemaker who was born in Australia, says they’re a “staple back in Oz.” “In a country with not a lot of footwear heritage, they have a relatable place in a lot of people’s hearts — maybe a bit like Chuck Taylors to Australians,” he says. “RM Williams are what country boys wear to the local bachelors and spinsters balls. They’re like your black oxfords for guys who only own two pairs of shoes.” Blunnies — which is the affectionate term for Blundstones in Australia — are seen as a bit more down-to-earth and casual. “Aussie blokes will often have both. But lots of people will only wear Blunnies and think of RMs as being a bit ‘Ralph Lauren.'”

Blundstones also fit neatly into the many modes happening in menswear right now: the widening of silhouettes, the remixing of workwear, and the rise of gorpcore (i.e., wearing your standard jeans with Patagonia fleeces). Additionally, the rugged, weatherproof boots have a real-world, fashion-as-function appeal that has always been popular with men. They’re simply a great, practical shoe for fall/ winter if your casualwear wardrobe leans in certain directions. They wear well in the slush and rain, and are often a bit better off with some salt stains. For $180 or so, you could hardly do better.

Lawrence Schlossman, the man behind Four Pins and current Brand Director at Grailed, says he wears them upwards of five times a week. “Blundstones are the purest distillation of form meets function, it’s as simple as that,” he says. “We’re talking about a classic footwear style that not only looks good with nearly everything in your wardrobe but is also going to hold up to fall/ winter elements. Not to mention, they’re affordable.”

I like them with the sort of looks you see above. They go naturally with the rustic English look of Margaret Howell, Americana style of Freemans Sporting Club, and offbeat Japanese workwear from Engineered Garments. They go just as well under a pair of slim-straight, LVC 1947 501s as they do with wider legged pants from labels such as E. Tautz, Phlannel, and Olive Clothing. You can wear them with waxed cotton Barbour jackets or Kaptain Sunshine’s traveler coats. You’ll mostly want to stick to rugged fabrics, such as cotton canvas and heavy wools, rather than slick Tencel or lightweight linen. I think of them as Fall’s Birkenstocks. 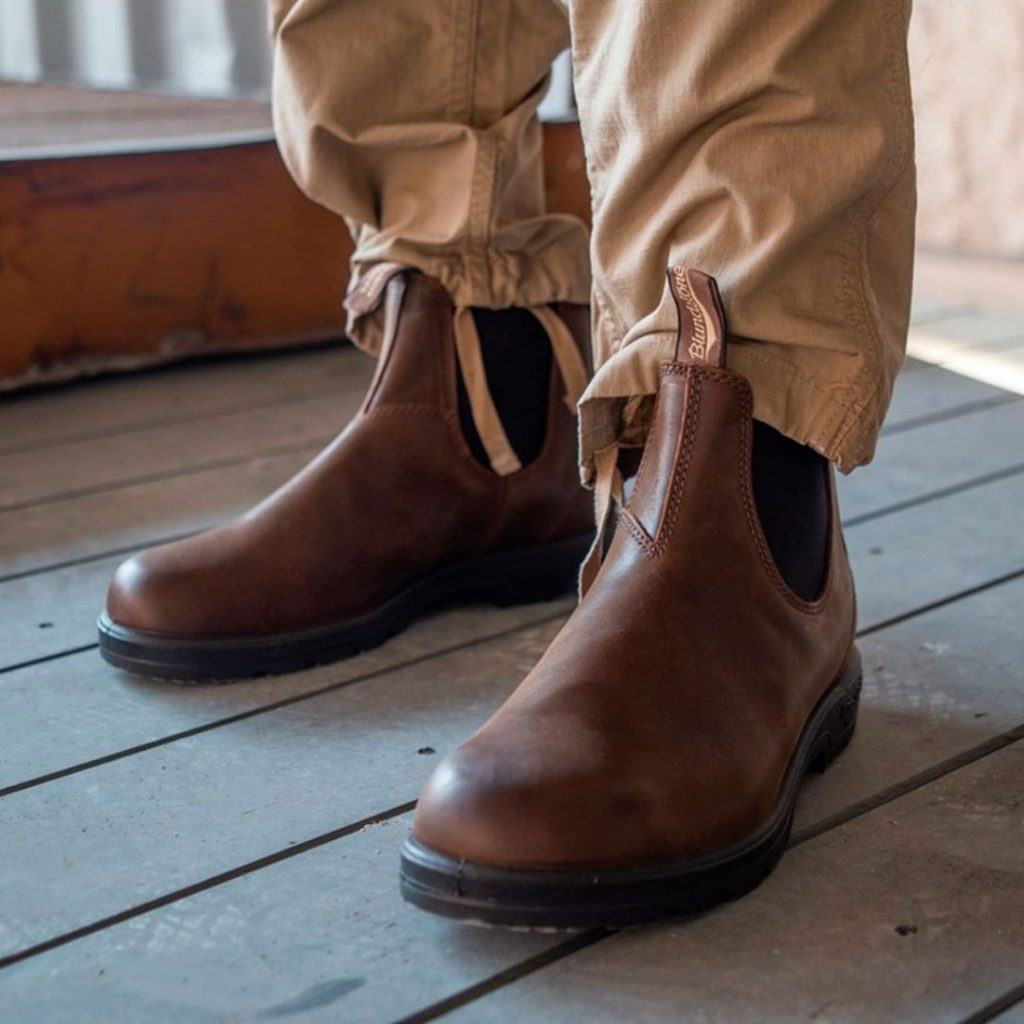 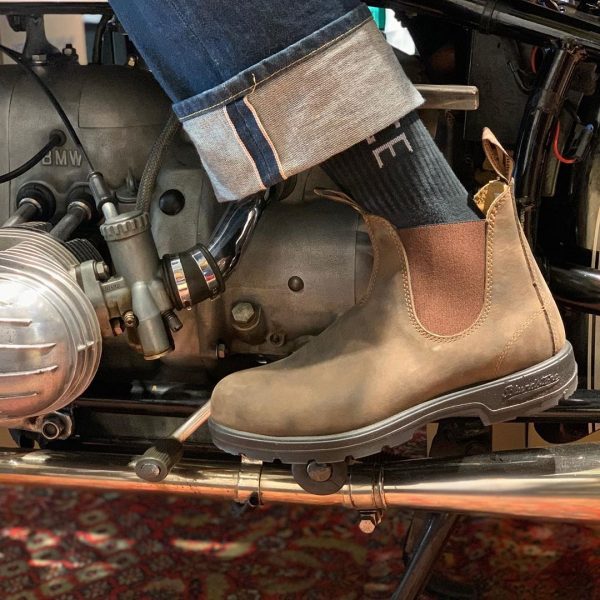 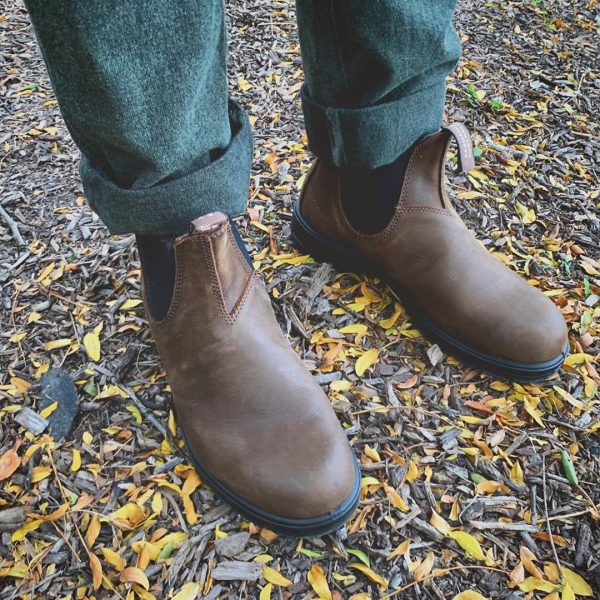 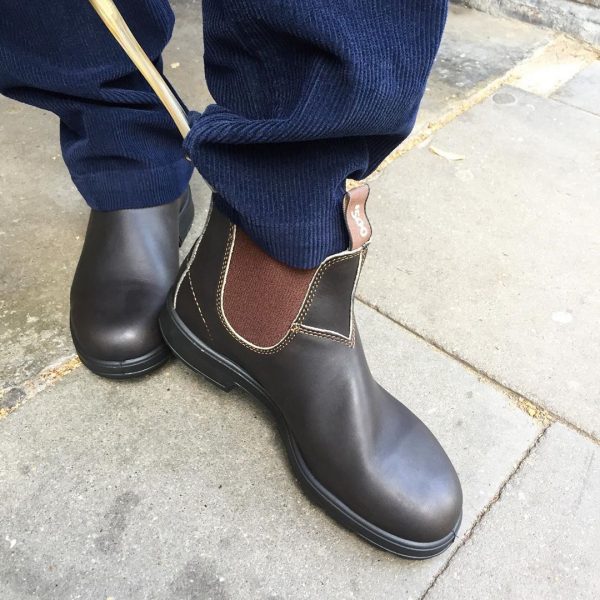 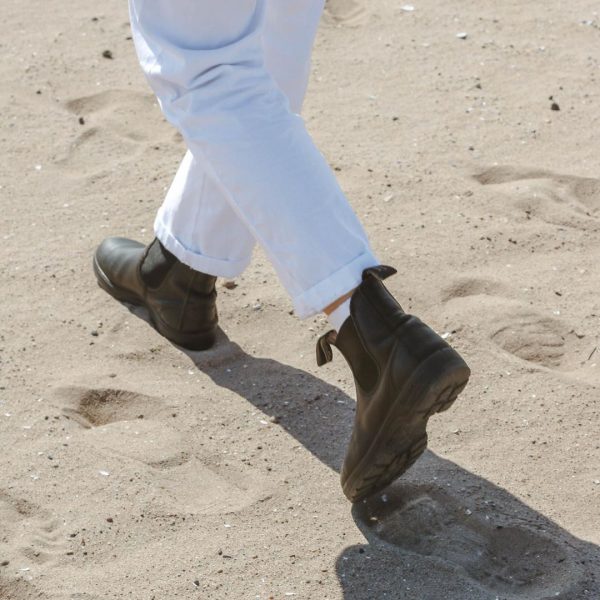 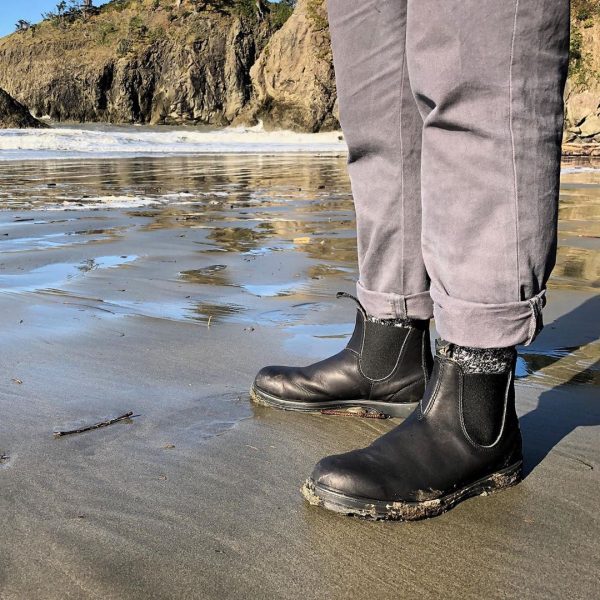 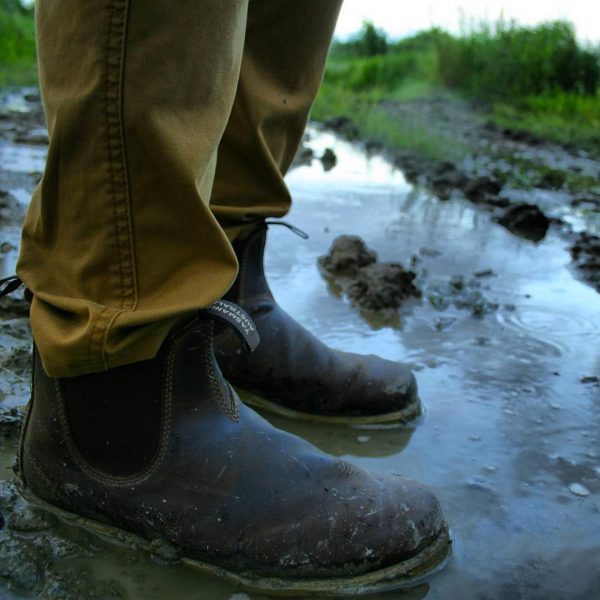 Our illustrator Richard Carroll, also an Aussie, swears by them. “I just like that they’re Australian, rugged, and relatively cheap,” he says. “In Australia, they’re $120AUD, which is less than $100USD, so like the price of a fancy sneaker. They remind me of growing up in the country. Perhaps because I almost always wear hard-soled dress shoes, they also make me feel indestructible when it’s raining. If the weather is right, I’ll wear them with anything. Ironically I think they look best in ways that I don’t wear them (or ways that I don’t dress): below slim, rolled denim or under wide-leg trousers, both cropped near the top of the shoe.”

If you’re thinking about picking up a pair, consider the all-black version, a surprisingly useful color in this range because it’s low-key and sits just as well under black denim as it does with olive fatigues, tan chinos, and blue jeans. The company’s 500 is their most popular model (the 550 is the lined version of the 500, although Schlossman says he owns both and can’t tell the difference between them). The dress boots are a slimmer version of the 500 and feature a slightly squared-off toe and elevated heel. These can be good if you want the sensibility of Blundstones, but can’t get down with the chunky silhouette. You can find Blundstones right now at leading menswear stores such as Todd Snyder, Sid Mashburn, and Stag Provisions. Naturally, they’re also available through Blundstones’ site.

Alternatively, Ranch Road is a new footwear line founded by an Ameican veteran. Their boots, especially the one-piece All-Weather Chelsea, look like a great value at $358. They’re Goodyear welted, made with full-grain leathers, and feature a more refined take on that chunky look. RM Williams’ Stockyard and Gardner are also slightly more casual alternatives to their famous Craftsman model. The Stockyard is just $250.

So, why wouldn’t you want a pair of Blundstones? They’re extremely “of the moment” and can be seen in every hip corner of every major city. They are the literal manifestation of that Twitter meme, “everyone in Soho dresses like this now.” In the last ten years, there have been plenty of “hot” shoes in menswear: Salomons, double monks, LL Bean duck boots, CP Chelseas, Gucci slides, Birkenstocks, and New Balance 990s. Some have fared better than others (I still wear my LL Bean duck boots with regularity). Blundstones are a genuinely classic shoe with a strong heritage. I suspect, even when they burn out, they’ll continue to be both stylish and practical. But time will tell. 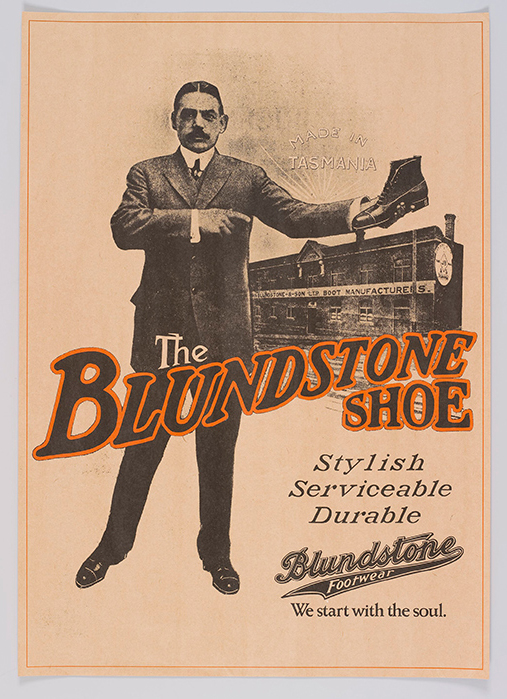