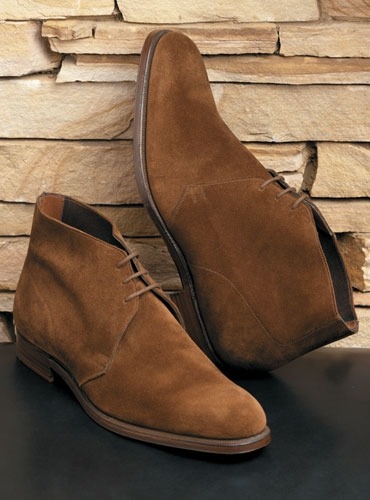 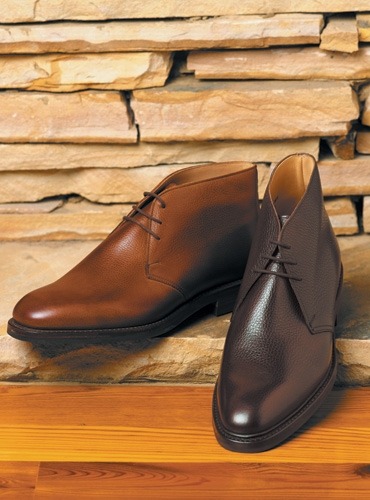 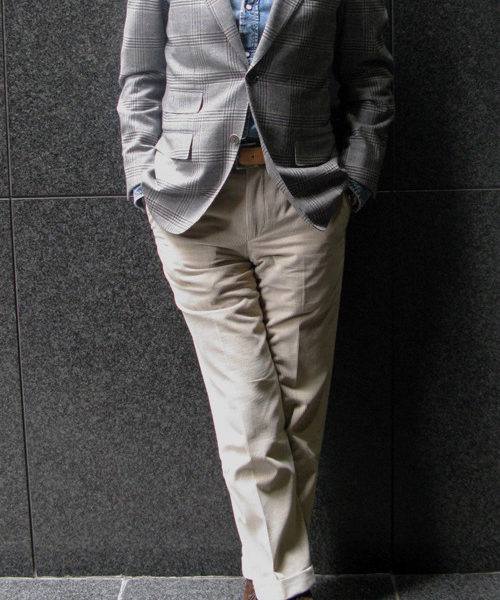 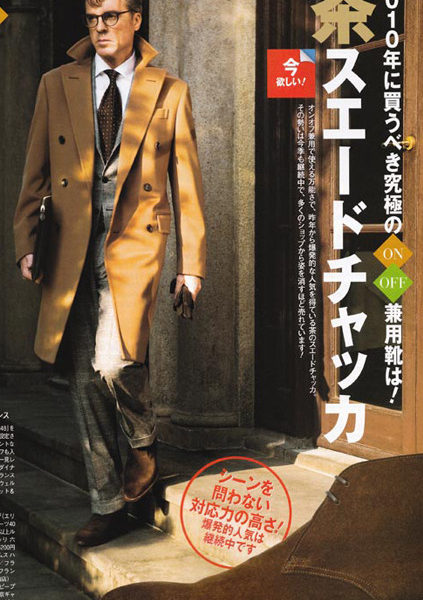 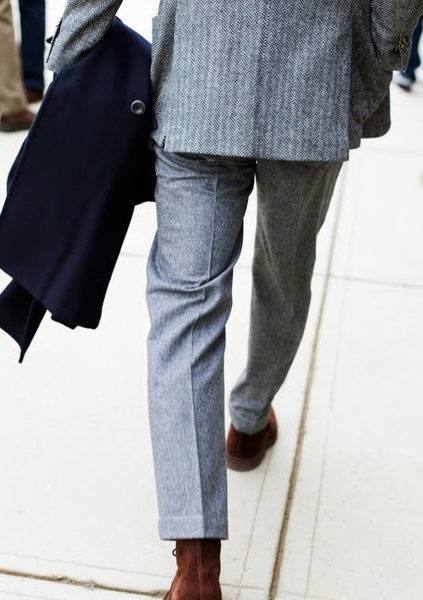 Fall for me is about boots. Brass-buckled tan jodhpurs worn with olive moleskins; shell cordovan balmoral boots, in that perfect tone of reddish brown, worn with grey flannel trousers; and handsewn, chunky moc-toe boots worn with dark blue jeans. There are dozens of styles, but the most versatile and easy-to-wear of them all is the chukka. Brought over from India by the British Raj, these were named “chukkas” after the playing period in polo. They were quite popular in the 1940s and 1950s, and today can still be worn with a wide range of ensembles – anything from chinos to jeans to wool trousers, put together with something as dressy as a sport coat or as casual a four-pocket field jacket. They can even be worn with suits, although it’s advisable to stick with more “casual” varieties, such as ones made from flannel, linen, or tweed, rather than smooth, lightweight worsted wools.

There are number of good options to consider. For those on a budget, I recommend Loake or Meermin. Loake has two models: the Kempton, which is built on the round toe 026 last, and the Pimlico, which is built on the slightly sleeker, soft-square toe Capital. These are also available rebranded as the Harwood at Charles Trywhitt, as well as the Gosforth and Barrow from Herring. Meermin, on the other hand, has two suede models on their Rui last, which is a round toe design you can more closely inspect here. If you happen to not like the Rui, Meermin can also custom build you a chukka with any last, leather, and sole you wish for a small surcharge. Just drop them a note through their website to order. Their quality is just as good, if not considerably better once you go made-to-order, as Loake’s.

If you’re willing to spend a little bit more money, there’s a wider range of options. Allen Edmonds, for example, has their Malvern on sale for about $250. For a few hundred dollars more, there’s a number of designs at Crockett and Jones, which you can peruse by doing a search on their website for “chukkas.” My favorite from them is probably the Brecon, a country calf leather boot built on a Dainite sole. It’s a very rustic shoe that can be successfully paired with corduroys, moleskins, and jeans. For something sleeker, check out Kent Wang, who has something similar to the Crockett and Jones’ Tetbury for about $350. Additionally, there’s this handsome shell cordovan version from Alden. If you want one, but can’t afford the price, you can have something similar made through Meermin, custom ordered, for about half the cost.

Of course, those just scratch the surface of the most basic models available. There’s also crepe rubber soled chukkas, which are an incredible pleasure to walk on. Like other well made shoes, these can last years and years if properly taken care of and given regular resolings. Simple, basic designs include Clark’s Desert Boots, Church’s Sahara, Loake’s Campden, and A Suitable Wardrobe’s Easy Fitting Chukka. For something lighter and more breathable, try ones that are unlined. Unlined chukkas lack structure around the uppers, so they feel more like slippers. Models here include Allen Edmonds’ Amok and Alden’s 1494. The Amok is noticeably sleeker, but I find more charm in Alden’s wider 1494 version. Crockett and Jones also has unlined models called the Milton and Hartland, as well as one simply named the “Chukka.” All of those are available for view on their website and for purchase through their New York City store.

Whatever you choose, I encourage you to pick up a pair (if you don’t already own some) and try wearing them this fall with jeans and tweeds, corduroys and Shetland sweaters, and wool trousers and waxed cotton coats. In a smooth brown calfskin or russet shade of suede, these can be some of the most versatile shoes you will ever own.