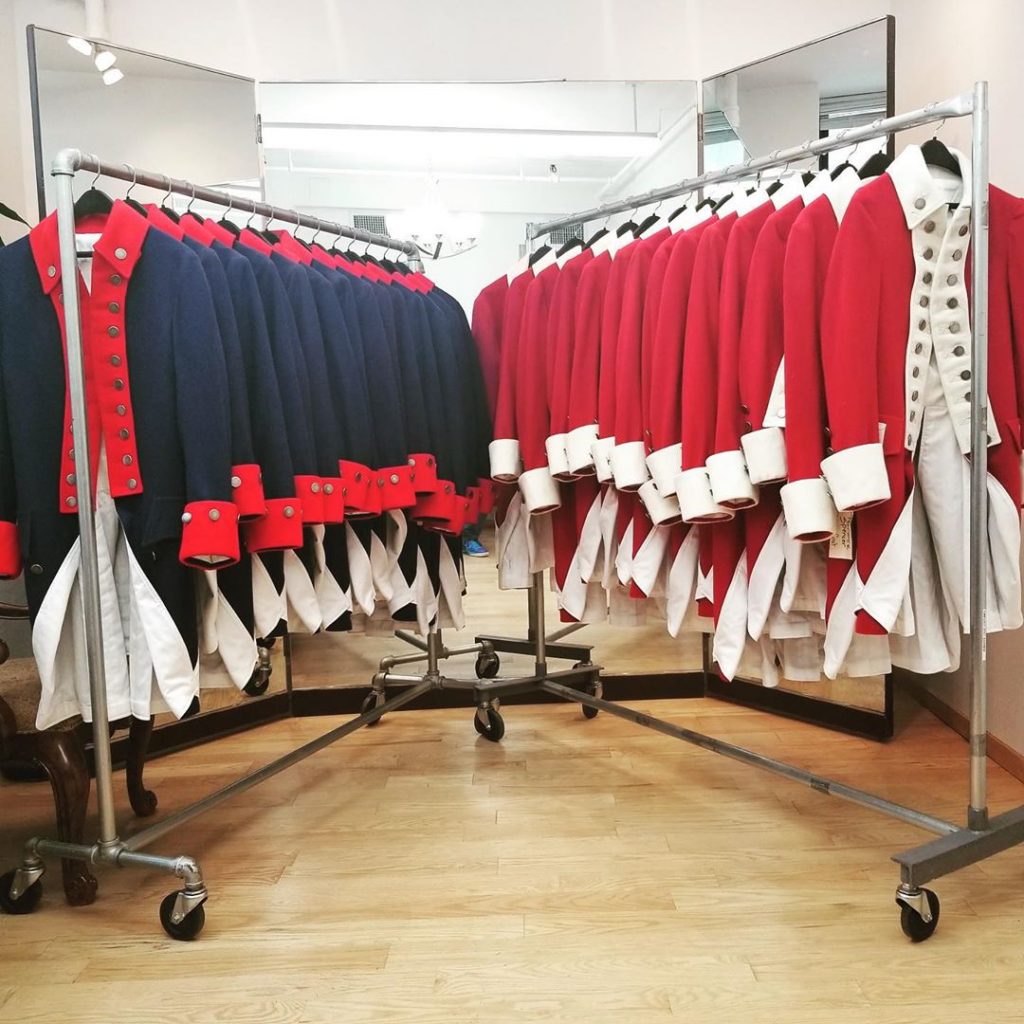 On March 11th, a part-time usher employed at two Broadway theaters tested positive for COVID-19, sending theater owners scrambling. Broadway shows are close-quarter affairs with tightly packed seats and patrons exchanging programs and tickets. Since coronavirus carriers can be asymptomatic for up to two weeks, many worried whether the usher had infected others while on the job. That morning, the two theaters did a deep cleaning of their premises and offered uneasy ticket holders a refund. Stars were asked to keep their distance.

The next day, the industry announced that it would temporarily suspend all plays and musicals. Up until this point, Broadway — whose adage “the show must go on” is synonymous with resilience — had kept its curtains up and footlights on through all forms of darkness: wars, recessions, and political turmoil. The industry didn’t even shut down for the global flu pandemic of 1918. When the deadly influenza virus came to New York City that year, Royal Copeland, who served as the city’s powerful health commissioner, didn’t want to scare the public. “My aim was to prevent panic, hysteria, mental disturbance,” he later told The New York Times, “and thus to protect the public from the condition of mind that in itself predisposes to physical ills.” So, instead of forcefully closing theaters, Copeland staggered curtain times, banned smoking, and told ushers to kick out anyone who so much as coughed, spat, or sneezed. It’s unclear how many people walked away from a Broadway show that year infected, but over 20,000 New Yorkers died from the 1918 influenza.

This year, Broadway was better prepared. “We didn’t even think about it a minute,” said Charlotte St. Martin, the president of the Broadway League. “Once it became clear that this was here, the first case we got on Broadway, we shut that night. Literally that night.” On the day of their announcement, Broadway said they would temporarily suspend all productions for 32 days, with a plan to return on April 12th. That return date was then pushed back to June 7th and later September 6th. Now they’ve announced that they’ll keep their marquee lights off for the rest of the year. An official return date still has not yet been announced, but the industry says they’ll review things on January 3rd, 2021.

Most people don’t think about it, but behind every theater curtain is a huge support staff that makes the intricate sets, props, and costumes. For the costumes alone, you have hundreds of skilled craftspeople: pattern makers, cutters, stitchers, hand finishers, tailors, embroiderers, beaders, milliners, dyers, painters, and sculptors. “It’s not just us,” says Anthony Giliberto of Giliberto Designs, a custom tailoring shop in New York City that produces for both private individuals and the entertainment industry. “It’s a whole supply chain. There are people who supply threads, buttons, zippers, notions, linings, and fabrics. If the tailors go down, so will other businesses, as they won’t have people buying their trims and fabrics.”

Giliberto Designs is just one of the many small businesses involved in the costume trade in and around New York City. These companies supply couture creations for theatre, dance, opera, concerts, theme parks, cruise ships, ice shows, and film and television productions — the kind of gatherings that have been indefinitely suspended. Even if you don’t attend Broadway plays, you’ve undoubtedly seen one of these company’s creations. Giliberto, who has been in the custom clothing trade since 1979, made the sharply tailored, deep blue and anthracite suits that Leonardo DiCaprio wore when he played Jordan Belfort in The Wolf of Wall Street. They also made Joaquin Phoenix’s red suits for his role as the Joker. CEGO Custom Shirts, one of the most celebrated custom shirtmakers in the city, produced Phoenix’s accompanying green button-downs.

With the shutdown, orders across the board have been canceled or indefinitely postponed. “It’s happening on the private client side as well,” says Giliberto, who derives part of his income from making clothes for office workers. “Since everyone works remotely now, they don’t need new clothes. We’re batting a thousand in terms of where we can get business.” Meanwhile, companies still have bills to pay. For his 8,000 square foot workshop based in Manhattan, Giliberto pays over $30,000 a month.

Brian Blythe, the Business Manager at John Kristiansen, notes that tailors are in a unique position when compared to the rest of Broadway’s support staff. “The people who help make major productions possible include managers, accountants, press people, legal teams, advertising teams, etc.,” he explains. “Those people can telecommute, but we need a brick-and-mortar to conduct fittings. You can’t do custom tailoring remotely.” Even if small business owners get a break from their landlords, Blythe points out that many companies will still be saddled with debt. “The debt is not going to go away,” he adds. “We’re currently looking at different avenues for fundraising and reaching out to stakeholders, so we can figure out how to bridge this gap. The deficit that everyone is facing right now, it will be daunting to overcome it.” 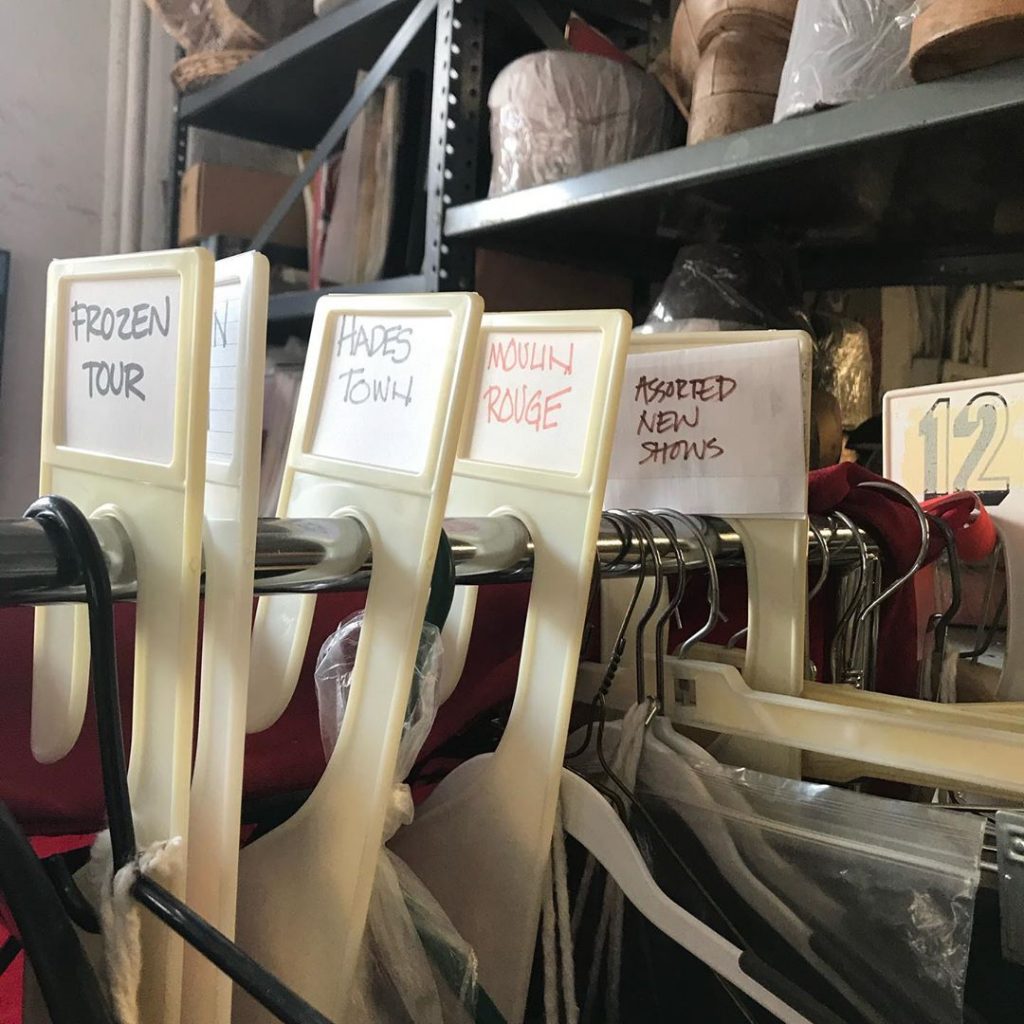 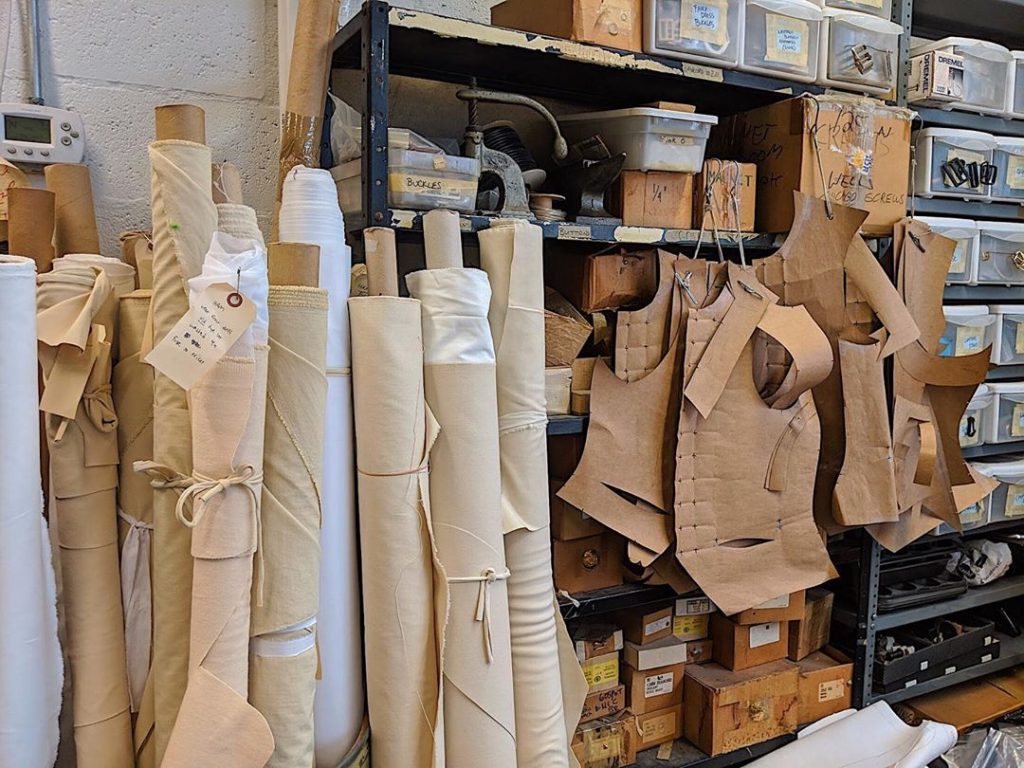 The coronavirus pandemic comes at a time when the US tailoring trade is a historic low. For over a hundred years, the US was among one of the leaders in the tailing industry. After all, it was here where Brooks Brothers debuted the first ready-made suit in 1849, making tailoring more affordable and widely available to all. That, in turn, made the suit an optimistic symbol of snappy progress. In the following century, the United States helped popularize the two-piece suit as daywear, natural-shouldered tailoring, and the oxford-cloth button-down (a style signature of international titans such as Gianni Agnelli). Until about the 1970s, each city also had its unique cluster of traditional clothiers and tailors. There was FR Tripler in New York City; Harvey in Providence; Britches in Georgetown; Lewis & Thomas Saltz in Washington; and Jacob Reed’s Sons in Philadelphia, to name a few. If these names sound unfamiliar, it’s because they have long closed and been since forgotten.

As the suit has receded from offices in the last thirty years, America’s tailoring trade has collapsed. Traditional tailoring shops have mostly closed, Brooks Brothers recently filed for Chapter 11 bankruptcy protection, and the remaining bespoke tailors in America tell me they struggle to find skilled workers. “I have cutters who are in their 70s,” says Giliberto. “They love what they do and want to keep working. But the truth is, this country is not breathing tailors like it was in the ’40s, ’50s, and ’60s.”

Carl Goldberg, who started CEGO Custom Shirts in 1982, estimates that about 20% of his business comes from making shirts for films, television, and Broadway productions. “There are a bunch of these specialty shops, and they’re all really in trouble,” he says. “I just had a friend pop into the shop who’s the head tailor for a new series on Netflix where Ewan McGregor plays Halston. And there are like, drug-fueled sex scenes. How do you shoot a scene like that in these circumstances?”

Before the coronavirus, if you stepped into one of these workshops, you could find modern and period-pieces being made to standards that rival some of the world’s best tailoring houses. Everything is made bespoke, of course, which means patterns are cut from scratch, and garments are refined through a series of fittings. These garments include turn-of-the-century riding coats, exquisite tailcoats, and mid-century styled suits with satin-laid lapels. Each featured a full-canvas construction, handsewn buttonholes, and flat-felled seams. When asked why he bothers putting in this level of detailing when audience members are unlikely to appreciate them from afar, Giliberto simply says, “quality matters.” “These garments are worn eight times a week, on stage, and used for scenes that involve a lot of movement and dancing. If something isn’t made right, it’s going to show. ”

Some productions are downright otherworldly. Before New York City issued its shutdown order, the crafts team at John Kristiansen was working on a musical involving video game characters who came to life. “The designer had these amazing ideas for the characters, but it took our crafts team to make them a reality,” says Blythe. “That’s the thing about our crafts team. They never say, ‘oh, that’s not possible’ or ‘we can’t do that.’ They’ve made over-the-top headpieces and wings that flap. They always find a way to make these costumes work, no matter how ambitious the project.”

Broadway currently plans to review things on January 3rd, but its shutdown could last much longer. By the time it reopens, it’s unclear whether many of these custom costume shops will even still be around. “These costume shops can’t just pivot to something else. It’s not like they can start making ready-to-wear,” says Goldberg. “If someone ends up going out of business, they’ll sell their machines. The shops will be dismantled, and workers will move on. Older people will retire, and young people will move back to their home state. Once the businesses have shuttered, it’s not like things can spring back up again once Broadway reopens. If someone gives up their apartment and has moved back home, how do you get them back in?”

At the moment, over fifty small, unique, and independent businesses are working together under the banner of the Costume Industry Coalition. Members include everyone from Eric Winterling and John Kristiansen, two of the larger custom costume shops in New York City, as well as specialty producers such as Bra Tenders (a company that makes theatrical undergarments). Together, they represent over 500 workers and artisans in this trade. The Coalition is reaching out to politicians and stakeholders to try to get aid, and remind them of this industry’s contributions to the arts. If the trade were to disappear, it would be another blow America’s craft industries — another section of skilled tailoring lost.

About two months ago, the British government announced a historic $2 billion rescue package for their cultural and heritage institutions. Some of the money will go to Britain’s art sector, which has been largely shuttered since March. Similarly, Germany’s Parliament approved a fund of just over $1 billion to save their arts sector, while France’s culture ministry committed $6 billion (although much of that included unemployment benefits and job retention initiatives that don’t figure into the British or German bailout totals). When Blythe, one of the people heading up the Costume Industry Coalition, met with local leaders and city officials, he was told the city’s budget is very tight. The city is hoping for a federal bailout. “I’m worried that our country just doesn’t prioritize the arts in the same way,” he says.

“We’re trying to get the HEROES Act through. We’re trying to get unemployment extended. We need congresspeople to help small businesses,” Blythe adds. “We have no options. At this point, we may be looking at getting people to do letter-writing campaigns.”

The Costume Industry Coalition has an “Action” page on their website, which is full of ideas on how you can help. You can also sign up for their emails and follow them on Instagram to keep on top of updates. If you’re in a position to commission a custom suit, sport coat, or shirt these days, Giliberto Designs and CEGO Custom Shirts are available for orders. CEGO is even offering a 20% discount on all orders submitted this month.