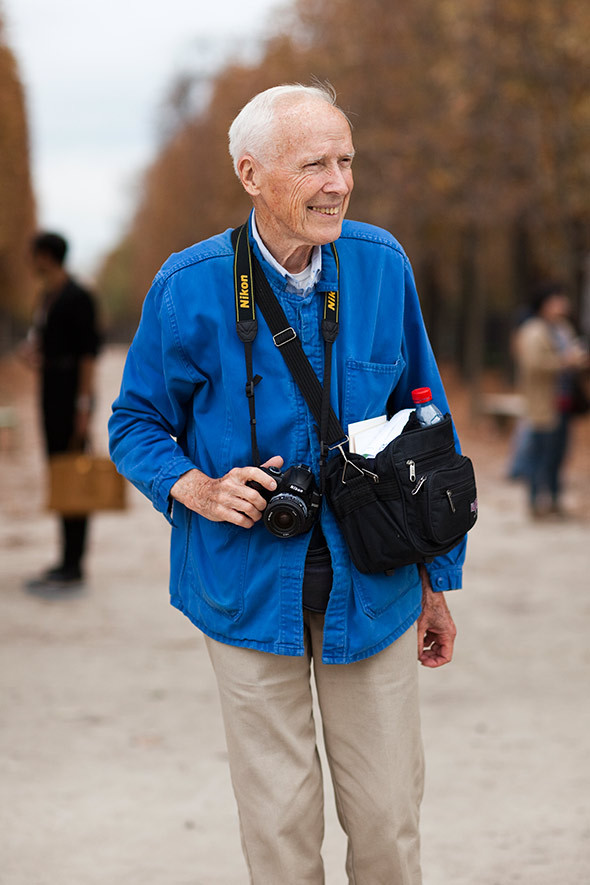 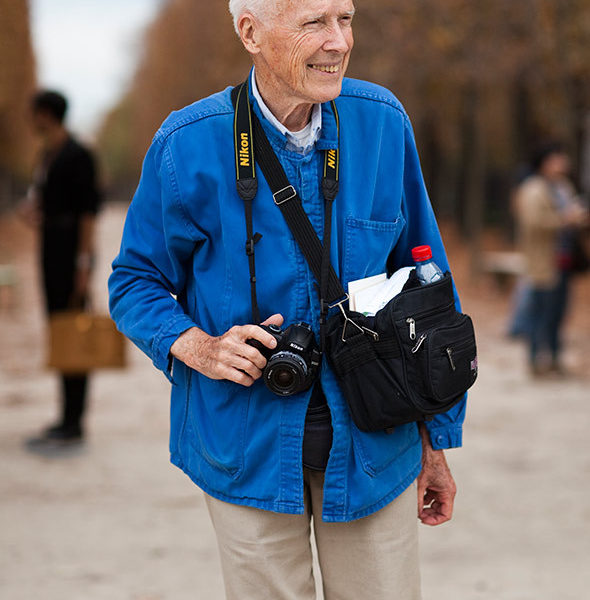 Sad to hear legendary fashion photographer Bill Cunningham just passed away, having recently been hospitalized for a stroke. In his 40 years working for The New York Times, he was as much as cultural anthropologist as he was a street style photographer.

The Times has an article about his passing and career. Maybe even better, Bill Cunningham wrote about his own work back in 2002 (the article has now been republished). An excerpt:

I had just the most marvelous time with that camera. Everybody I saw I was able to record, and that’s what it’s all about. I realized that you didn’t know anything unless you photographed the shows and the street, to see how people interpreted what designers hoped they would buy. I realized that the street was the missing ingredient.

There’s nothing new about this idea. People had been photographing the street since the camera was invented. At the turn of the 20th century, the horse races were the big thing. Lartigue was just a boy then. But the Seeberger brothers in France were taking pictures. They, and others, were commissioned by lace and fabric houses to go to the grand prix days at the Longchamp, Chantilly, Auteuil and Deauville racetracks and photograph fashionable women. The resulting albums were used as sample books by dressmakers.

Vogue and Harper’s Bazaar were doing a similar thing, but they photographed only name people at society events. And Women’s Wear has been photographing socialites and celebrities for years. But the difference for me is I don’t see the people I photograph. All I see are clothes. I’m only interested in people who look good. I’m looking for the stunners.

I started taking pictures for The Times in the early ‘70s, though my first street fashion appeared in The Daily News. Bernadine Morris, whom I had known since the ‘50s, said to Abe Rosenthal: “Take a look at his work. You have all these sections to fill.” Then I got to know Arthur Gelb, and one day I told him about this woman I had been photographing on the street. She wore a nutria coat, and I thought: “Look at the cut of that shoulder. It’s so beautiful.” And it was a plain coat, too. You’d look at it and think: “Oh, are you crazy? It’s nothing.”

Anyway, I was taking her picture, and I saw people turn around, looking at her. She crossed the street, and I thought, “Is that?” Sure enough, it was Greta Garbo. All I had noticed was the coat, and the shoulder.

The thing I love most about Bill Cunningham: he never presented anything in a judgmental or snarky manner. There was nothing cynical about him, just a love for street style that was so joyful, it was infectious.

To see more of Bill Cunningham’s work, you can visit his author page at The New York Times. There’s also a documentary about him, simply titled Bill Cunningham New York, which you can currently view for free at Hulu.

(photo via The Sartorialist)