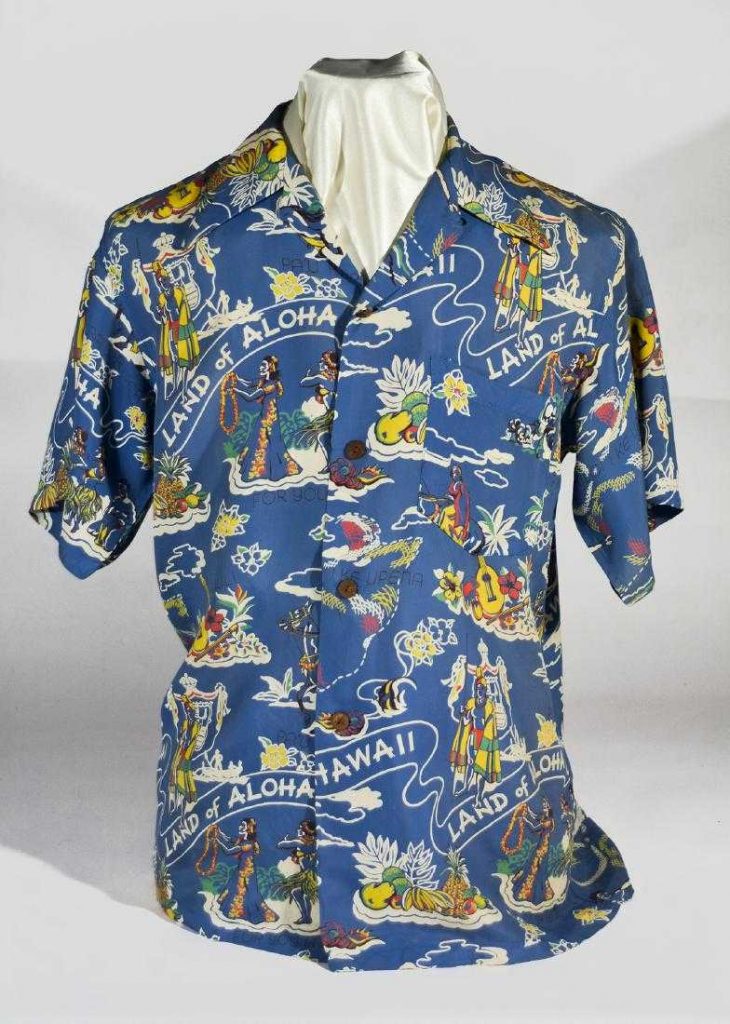 For decades now, the Hawaiian shirt has been something like the male equivalent of mom jeans. Fashion writers use the term as a shorthand to describe the poorly dressed – something you’d expect on golfing uncles, retirees in Florida, and suburban dads. The only other place you’d find them is on the wait staff at tiki-themed restaurants, and they presumably wear them under the threat of unemployment.

Things weren’t always this way. In the early- to mid-20th century, Hawaiian shirts (or Aloha shirts, as they’re called in Hawaii) were emblematic of a happier leisure style. Leading Hollywood men, such as John Barrymore and Douglas Fairbanks Jr., wore them on holiday. Elvis Presley wore a Tiare Tapa design when he broke hearts in Blue Hawaii. Rat Packer Peter Lawford gave them a Las Vegas edge, while Bing Crosby made a signature look out of them with his hat and pipe. The best example of all might be Montgomery Clift, who wore tropical prints to great effect in the 1953 film From Here to Eternity.

It wasn’t until the 1980s that things started to turn sour. The popularity of a brawny, mustachioed Tom Selleck in Magnum PI convinced men that they could have the same magnetism if they just wore a hibiscus print. And, at this point, shirt designs started to become less about Hawaiian heritage and more about cartoony conceptions of vacation life – green parrots drawn alongside sloshing martini glasses, or mid-century souvenir-postcard motifs in faded colors.

In the last few years, the style has started coming back in earnest. Luxury-brands such as Prada and Saint Laurent have used them in their darker-themed runway collections. A little sleazier and more LA-inspired, these feel more like “Scarface” than “Margaritaville.” That sort of style isn’t really my thing, but the collections did make me pay closer attention to Self Edge, who carries Japanese-made Aloha shirts with a rockabilly feel. In some ways, the Aloha shirt is the perfect counterbalance to the oxford-cloth button-down. It’s more casual, without being as dressed-down as a t-shirt, and connected to the kind of tiki and surf scenes that Americans loved in the 1940s and ‘50s.

Can there possibly be a better convergence of classic menswear themes in the last few years, however, than this Aloha shirt once owned by President JFK? The shirt is being auctioned off at LiveAuctioneers and the gavel drops in five days. This a true Aloha shirt, as it was made in Hawaii, and inside the label has a sewn-in name tag printed in red “JOHN F. KENNEDY.” From the auction’s description:

From the Estate of Thomas J. Walsh, long-time Kennedy financial advisor and family friend. In 1952, responding to a “blind” ad in the New York Times for a tax and real estate accountant, Walsh was hired by Joseph Kennedy to join the Park Agency, Inc., the Kennedy family’s financial company that manages all the Kennedy enterprises. A Forbes Magazine article described Walsh as “the Kennedy family’s tax expert, fortune guardian, and paymaster” and “the numbers man of the operation.” Until his retirement from the Park Agency in 1979, Walsh remained close to all the members of the Kennedy clan, skillfully managing their personal finances, business investments, and family foundations.

In the speech mentioned below, Walsh cited two occasions that he visited the President in Palm Beach. Each visit included discussions of the charitable distribution of JFK’s presidential salary, always with the proviso that there be no public acknowledgement. The President asked Tom Walsh to have an informal meeting with him out by the pool in Palm Springs, however, Mr. Walsh did not bring any garments suitable for pool lounging. Due to his lack of appropriate pool attire, the President gave Mr. Walsh his Hawaiian shirt. It was during this December 1961 meeting on the pool deck in Palm Beach that Kennedy gave Walsh the Hawaiian-style shirt that is offered here.

The auction starts at a nontrivial number of $3,000. So, probably more for JFK memorabilia collectors rather than menswear enthusiasts, although all the more reason to bid if you fall into both categories. 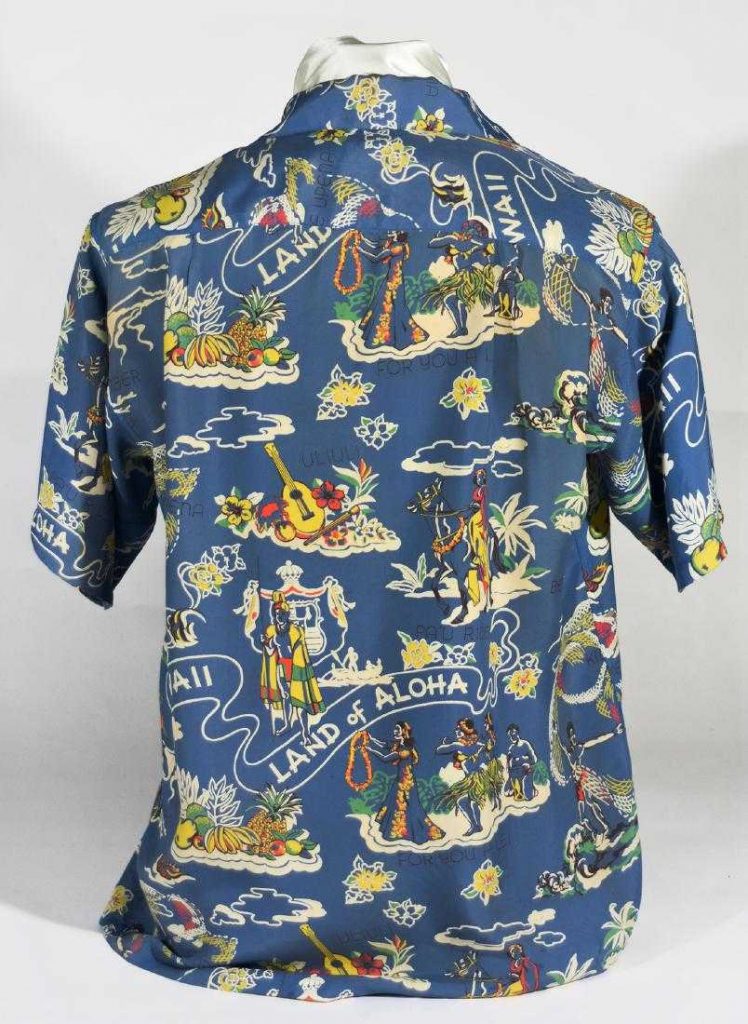 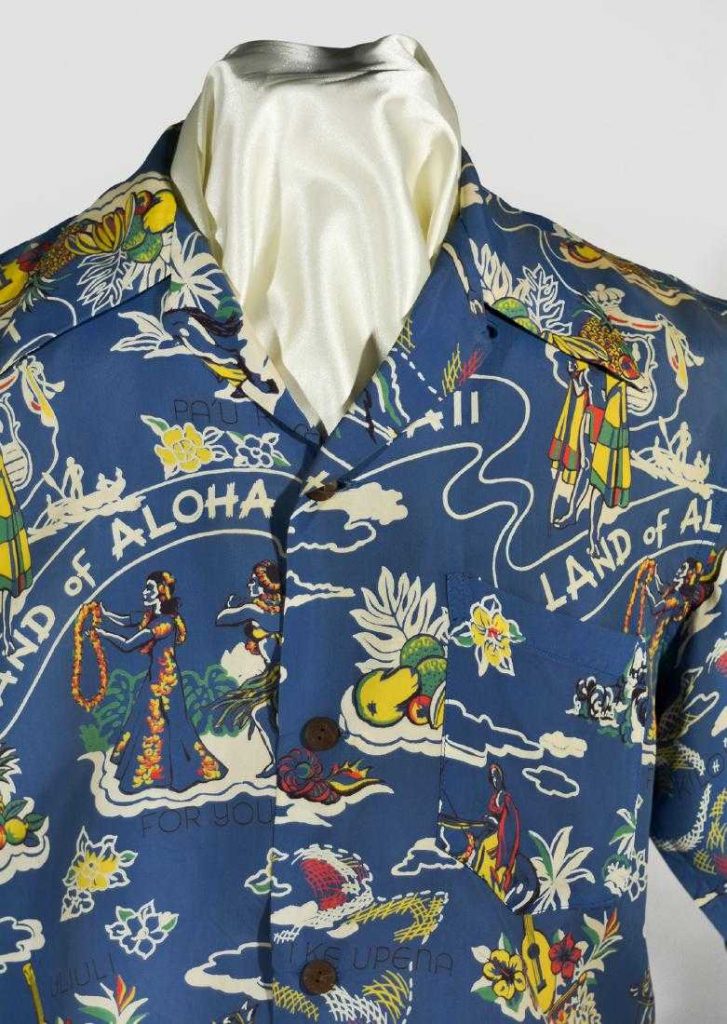 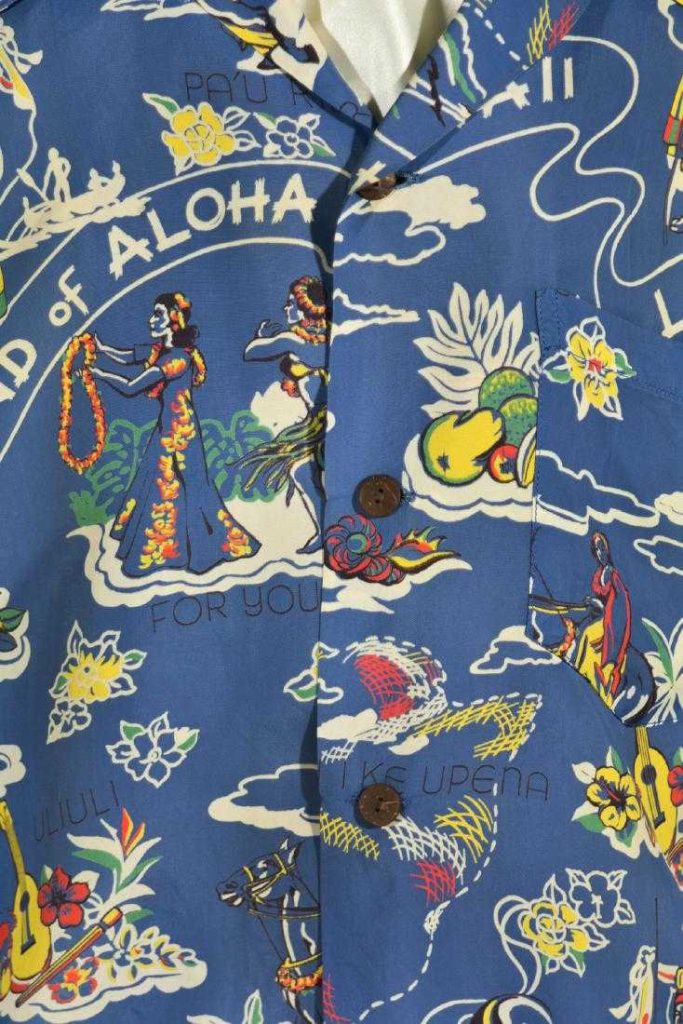 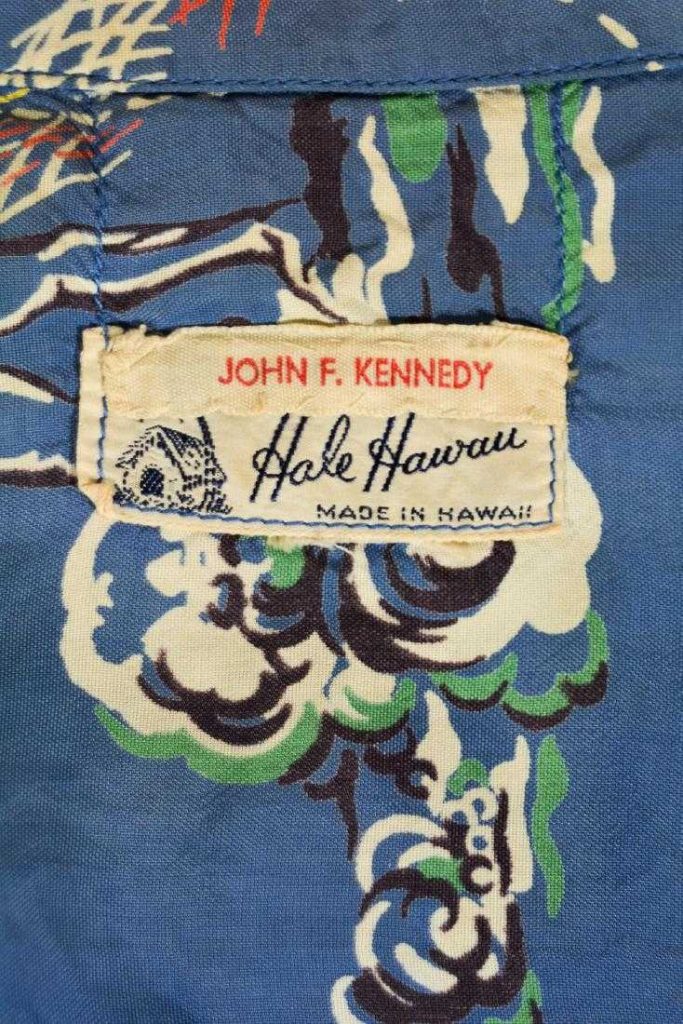