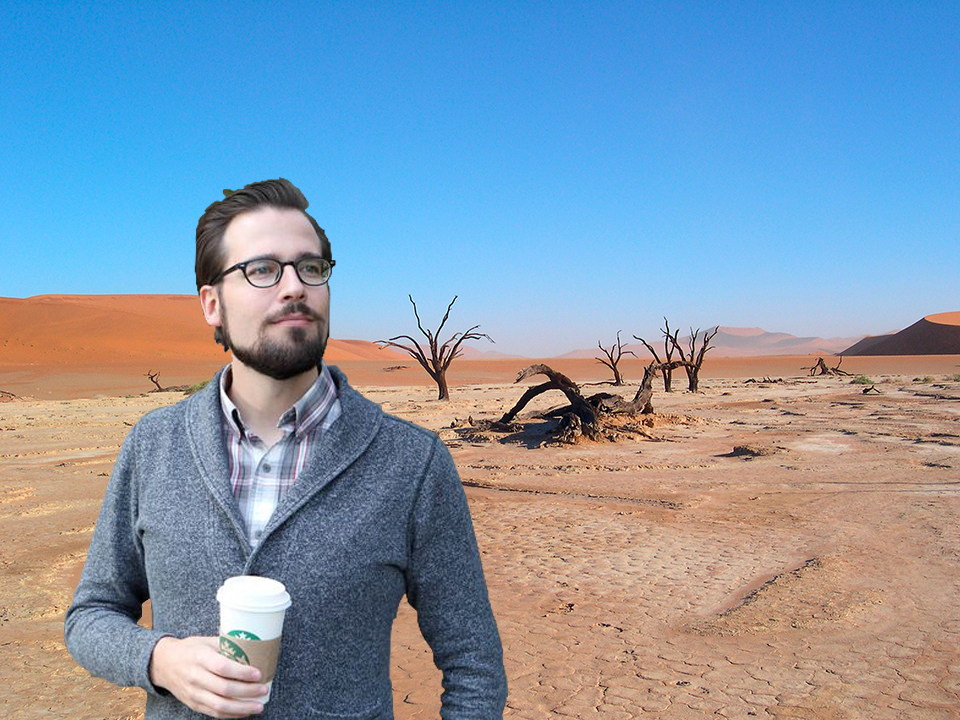 “I’ve been so eager to get back into real outerwear,” said His Excellency, the Duke of Fall, who began the day swaddled in a warm Pendleton blanket, gazing out the window at the cornflower blue sky and forever warmth of the land. “Frankly, I’m done with summer weather.”

“Tonight, it may even dip into the low 80s,” added the cozy autumnal personage, who at several points, touched his forehead with the cold, perspiring cup of his blended ice drink. “Perfect weather for building a fire.”

The Autumnal Ambassador is also believed to be an avid consumer of Pinterest boards and Instagram photos that suggest cooler conditions are just around the corner.

“I’m thinking about taking a trip to Salem with my girlfriend this weekend,” said Mr. Autumn Man, trying to decide whether to wear beige or brown corduroy pants for the excursion with his leather-gloved counterpart, Ms. Autumn Woman. “It’s not as crowded this time of year.”

“Between Rockingham Park Mall and the Salem Public Library, there are a lot of good public spaces with air conditioning,” continued the veritable High Priest of the Harvest Season, adding he would soon have to rake his driveway in five months, possibly later, thanks to the foward shifting seasons as a direct result of human-induced global warming.

Sources said that in addition to snuggling up on the couch sipping hot apple cider and watching the turtleneck clad Steve McQueen in Bullitt, Mr. Autumn Man will also spend part of the weekend meeting up with his friends, who will show up comfortably dressed in poplin shorts and polo shirts.

“Getting together with the guys for pool parties and outdoor BBQs is kind of like a tradition,” said the man who deeply wished the Northern Hemisphere would get on with it and tilt away from the sun. “From pretty much September onwards, no Sunday afternoon feels complete without it.”

“You’ve got to take it all in and enjoy it while you still can, though, because spring will be here in a blink of an eye, and it’ll be even hotter then,” he added.