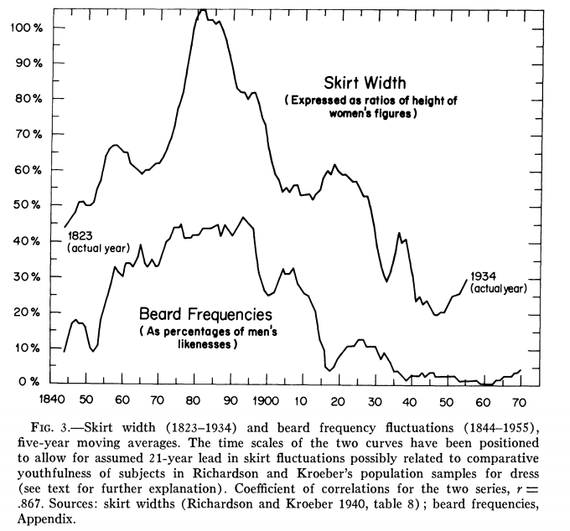 Above: The relationship between the frequencies of men’s beards and the width of women’s skirts, charted over time from 1823 to 1970. The graph is taken from a paper published in The American Journal of Sociology. According to The Atlantic:

Robinson’s theory as to why fashion—both sartorial and hirsute—seems to come in waves is this: Young people tend to eschew the tastes of their elders, but old trends seem new again after a sufficient amount of time has passed. So while long skirts may fall out of favor for one generation, their grandchildren will think they’re the cat’s pajamas.