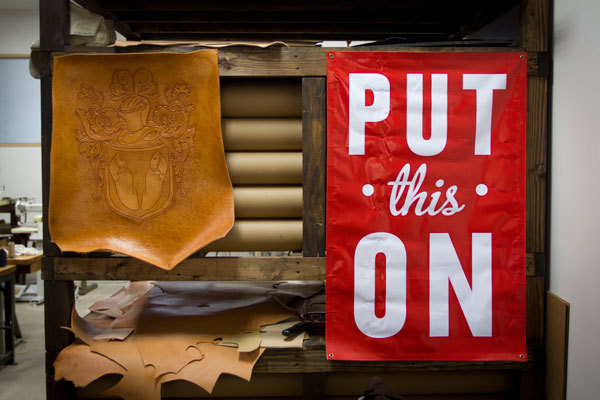 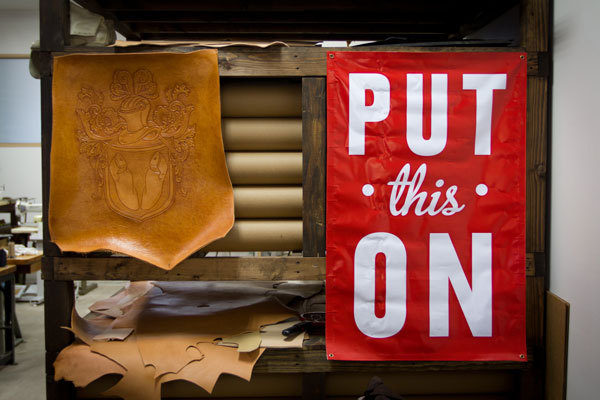 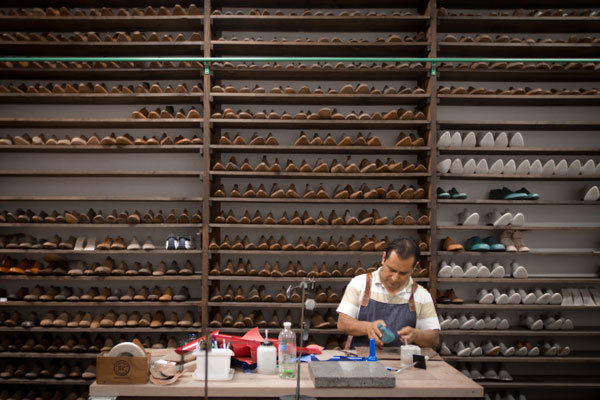 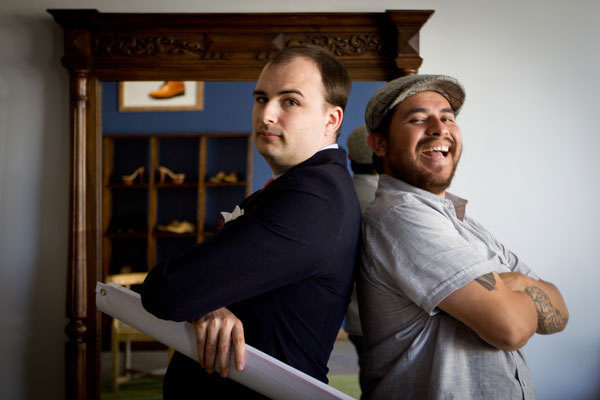 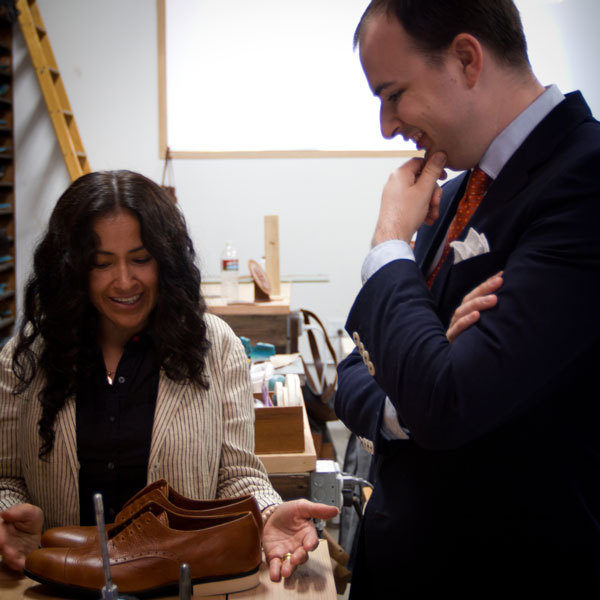 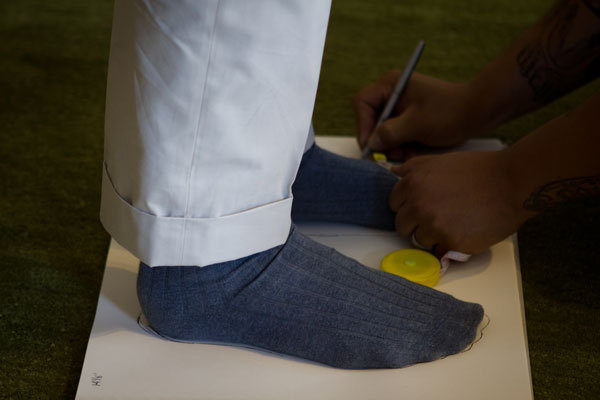 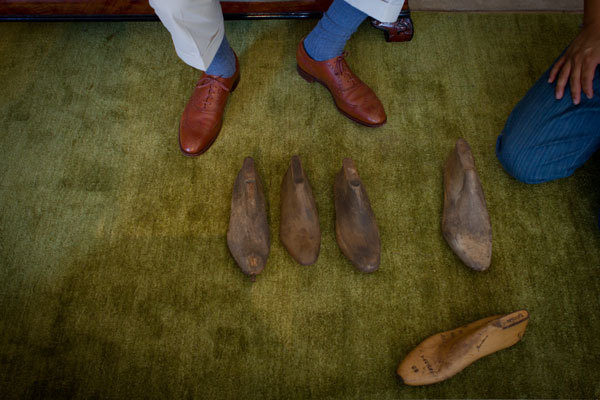 Plenty of readers probably remember our friend Raul Ojeda from our episode about shoes. When we shot the piece, Raul was manager of Willie’s Shoe Service in Hollywood, having accepted the mantel from Willie, who decided to spend his 90s mostly in his native Puebla, in Southern Mexico.

We didn’t tell all of Raul’s story in the video. He fell in love with shoes as a young man, and got into the shoe-shine business out of school. He built up his shine stand into a chain of shine stands which serviced, among other clients, the LAPD, but he wanted to go further. He heard about Willie, the only custom shoe maker in LA, and started showing up at his door, asking to apprentice. Willie had turned down innumerable apprentices in the past, but Raul’s sincerity (and that fact that both had roots in Puebla) convinced him. Willie, by then in his late 80s, wasn’t able to do the quality of work that he wanted to do, and the shop had become mostly a repair and alteration outlet.

Raul worked double time – at the shine stand during the day, and with Willie, nights and weekends – for years. Willie would show Raul a techique, Raul would practice, they’d head off to lunch, they’d come back. Meanwhile, Raul was researching the world of bespoke shoes online – learning about the techniques used by the finest European makers.

Raul’s goal was to open a store that didn’t just make custom shoes, but made real bespoke shoes, that could compete with the fine European makers, but made in Los Angeles for a price that was dramatically less than the firms who cater to people so rich they don’t even look at the numbers on the list.

A few months ago, Raul was offered a spot in a prime block on La Brea in Los Angeles, and he went for it. Believe it or not, Julie Newmar (best known as Catwoman) is his landlord. Within six weeks, he had opened Don Ville, named after his mentor Willie. In front, a showroom and salon. In back, an atelier where the shoes are made by Raul and his small staff. There, he’s making everything from the most conservative black cap-toes to custom metallic-leather spectators.

Raul and I had become pals through the shooting, and he offered me a trade: if I wrote copy for his website (the copy’s not up yet, btw), he’d make me a pair of shoes. English is his second language, after all, and I certainly don’t know how to make shoes for myself. We had complimentary skills.

You can guess what I said to that.

So with some folks from GQ tagging along, I headed over to Don Ville for my first fitting.

Raul and I talked about what kind of shoe I wanted. I’ve been looking for a great black shoe for serious occasions – performances, weddings, business conferences. I decided on an austerity brogue. It’s an unusual style that I find elegant and distinctive, but also sober enough for Serious Stuff. Imagine a wingtip, then remove all of the broguing and edging and other superfluous decoration – that’s an austerity brogue.

Raul started by showing me some lasts. He’ll actually be making a last to the shape of my foot, but he wanted a sense of what shape I wanted the shoe to be. He went back to the workshop and grabbed some scrap leather, and pulled it over his example lasts to give me an idea of what the shoes’ shape would look like when made up. After considering some chisel-toed and pointier shapes, I chose a sleek round-toe model, in the interest of conservatism.

Then Raul set me up to be measured. He first had me stand on an art pad, and traced carefully the shape of my foot. Then he started taking key measurements – the height of my heel, the circumference of my ankle, that sort of thing.

I shared with him some pictures of austerity brogues I like, and he said he’d get to work on some sketches of his own in the style. (Because Don Ville has just opened, Raul is still building up their selection of standard designs.) After a few minutes more chatting with Raul and his staff, we were ready to go.

I’ll return in a couple of weeks to try on a dummy shoe, made of scrap leather on my new last, so we can adjust before the real deal is manufactured. I saw a couple examples – they look like real shoes, frankly. I’ll be send home with one, and instructed to wear it around the house to get a good sense of how it fits. Raul’s even threatening that he’ll make me the guinea pig for a new idea he’s working on, a “glass slipper” – a dummy shoe made of transparent vinyl so he can quite literally see the fit before the “real” shoe is made. Then a few weeks after that, I’ll have my shoes.

Raul’s running a pretty remarkable operation at Don Ville. I’m pretty sure it’s the only storefront dedicated to custom shoes here in the US, and certainly the only one that also makes everything on-premises. Prices are about half of what you’d pay for a traveling European maker – from $750 or so for ready-to-wear to about $2000 for bespoke (including the cost of making a custom last and design). They’re even making some gorgeous women’s shoes, both ready-to-wear and custom.

I left the shop inspired by the possibilities, and by Raul’s passion for footwear. I may not be ready for Raul’s patinated bronze oxfords, but he’s really offering something special. Whether or not you’re thinking about buying custom shoes, the shop’s worth a visit – say hi to Raul for me.